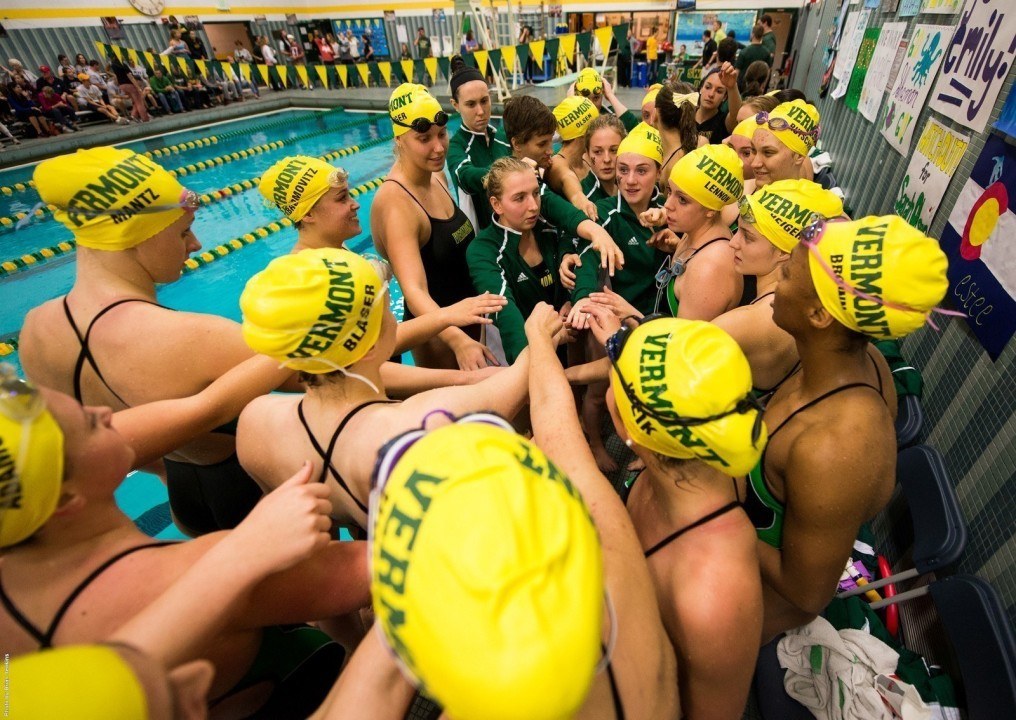 The 'pause' until February 4 includes a block on competition, practice, and individual skills training for all athletics programs. Stock photo via Vermont Athletics

The University of Vermont has ‘paused’ all on-campus athletic activity, including games, team practices, and individual workouts until Thursday, February 4. The decision comes after an increase of positive tests for the coronavirus within the athletics program.

The school says that the decision “is being taken to ensure the health and safety of all student-athletes, coaches, and staff.”

A spokesperson for Vermont declined to comment on what the positive-test numbers were that triggered the pause, or what number they wanted to see to resume athletic activity on February 4.

The school’s women’s swimming & diving team is scheduled to begin competition with back-to-back dual meets against the University of New Hampshire. The school’s current dual meet schedule runs through March 20th, which is also the Saturday of the NCAA Women’s Division I Championship meet.

The school has been testing all teams three times a week to meet state and NCAA guidelines.

Vermont’s move to pause all athletics, rather than targeting specific athletes or programs that have been exposed, is a strategy more commonly seen in the beginning of the school year. The state has had among the toughest restrictions in the country to this point, though on January 18, the state was allowed to move into Phase II of the sports and recreation guidance, which includes allowing practices, drills with limited contact, and intrasquad scrimmages.

The loosening to Phase II came after 3 weeks in Phase I showed no spread of the virus tied to youth sports skills training and non-contact drills. The state also said at the time that spread within K-12 schools “remains low.”

Vermont is averaging just 146 new daily cases over the last week, with is 23 per 100,000 citizens and remains among the lowest infection rates in the state. The state has, however, seen new cases and hospitalizations climb dramatically into January.

With 7.9 doses of COVID-19 vaccine given out per 100 people, according to Bloomberg data, Vermont ranks 6th among U.S. states in vaccination rate as of January 22.

The University of Vemont has reported 34 positive tests among students and 6 among staff for the week of January 11-17. That’s among 3,418 positive tests.