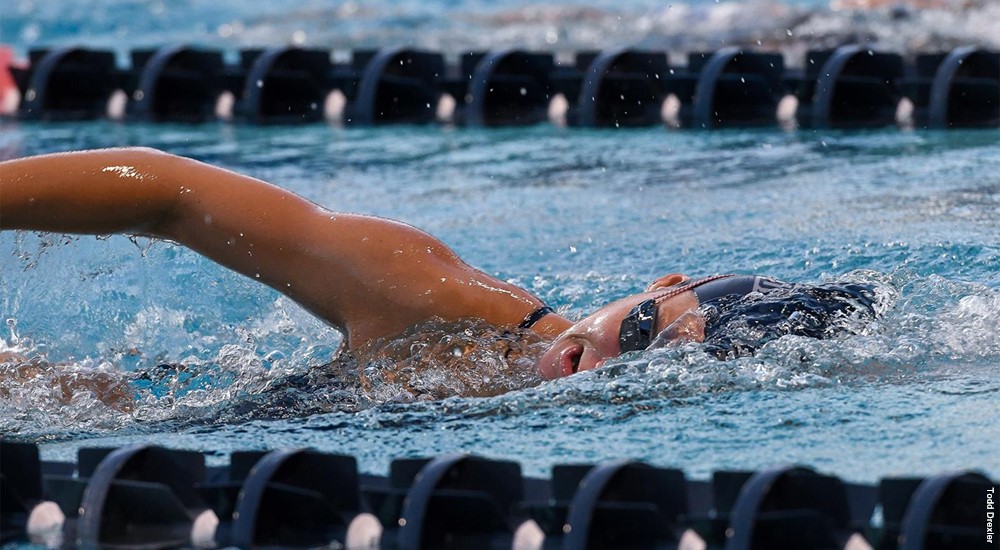 By June, 2021, the University of North Florida women's swim team will have a new on-campus training facility. Their last on-campus pool was shut down in 2013. Archive photo via Todd Drexler

The construction of this new pool, along with the completion of the Cooper Beach Volleyball Court in February, brings UNF Athletics up to the Title IX requirement that the men’s and women’s programs receive the same level of service, facilities, supplies and etc.

Our swim team is SO excited for the amazing facility coming to campus!

The facility will include a 50 meter long, 9 lane pool, an LED score-board, and three buildings with workspace for lifeguards, a changing area, restrooms, pool equipment and pool storage, and a swim team locker room. The depth of the pool and whether or not it will have diving equipment has not been made public.

The previous team training facility, the Andy W. Sears Natatorium, was a 50 meter by 25 yard pool that featured a 12 foot deep diving well. The Natatorium functioned as the UNF campus pool for 26 years, until it was closed down in 2013 due to an overwhelming amount of repairs.

Andy W. Sears Natatorium (2007)  – courtesy of the Florida Office of Film and Entertainment.

Since then, the UNF Ospreys have commuted to local high school pools for practices. They swam at Episcopal High School for 2.5 years, and then moved practices to The Bolles School (an 11 mile drive from UNF campus.) The closure of the Andy W. Sears Natatorium effectively cut the Osprey women’s diving program since neither of the local pools have diving wells.

Under head coach Ian Coffey, who was hired in 2014, the Ospreys placed 5th at the 2020 CCSA Conference Championships, edging out Campbell by 6 points, even without divers. This was an improvement from their 7th place finish at the same meet in 2019. Last season was also the first time in 7 years that UNF swimming defeated Georgia Southern.

The CCSA Championships include scoring in both 1-meter and 3-meter diving events, with the platform competition being exhibition-only.

The UNF Capital Improvement Fund provided a guaranteed maximum price of $8.26 million for the construction of the new pool, which is scheduled to be completed by June 2021.

Every meet in Jacksonville that wasn’t held at Bolles was held at that indoor pool at UNF. Now they’re all held at the Cecil Aquatics Center in the middle of nowhere. For as many world-class swimmers and Olympic gold medalists that have come out of Jax (Caeleb Dressel and Ryan Murphy being two of the most recent), it’s crazy that they don’t have a real world-class natatorium.

I’m a former bolles swimmer and nobody likes those Cecil meets. I always dreaded going to those meets

Happy to see some positive notes coming out of college swimming!