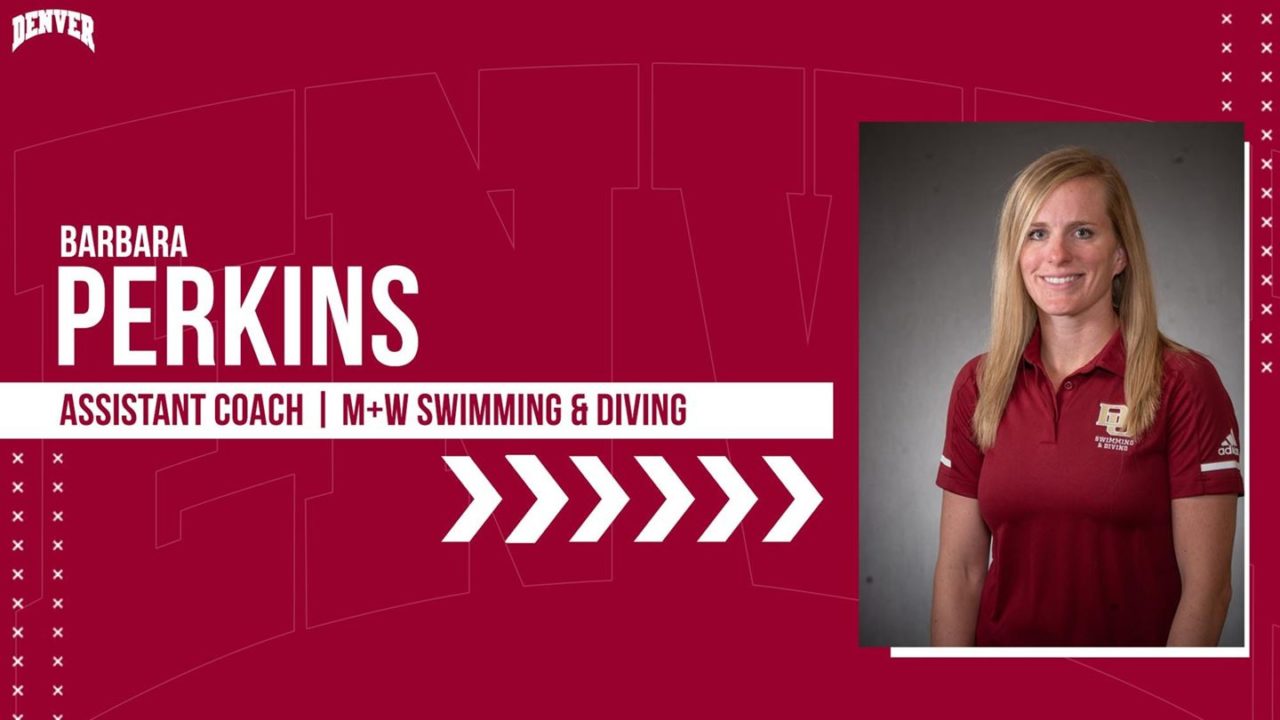 The University of Denver announced Barbara Perkins as their new assistant coach on Tuesday, joining the team after a year with the U.S. Air Force Academy. Current photo via Denver Athletics

“I am excited to welcome Barb to our staff and feel she fits in very well,” Hicken-Franklin said. “She brings a strong, varied background of coaching as well as current experience as an Ironman athlete. Barb will have an immediate impact on our program as a coach, role model and person. I’m very happy to have her as a Pioneer!”

While at Air Force, Perkins contributed to the strength and conditioning programs, while overseeing the training plans for the distance and sprint groups. Simultaneously during her job at Air Force, Perkins has spent the last 10 months as the Director of Content and Human Resources for Argo Swim Video that utilizes Hudl video software to improve above and below water swim technique for over 1,900 swimmers.

“I’m thrilled to join the DU coaching staff,” Perkins said. “This program has cemented itself at the top of the Summit League and has consistently been climbing the national rankings at the Division I level. With Alicia at the helm, I’m excited to be a part of the future.”

Prior to Air Force, Perkins gained coaching experience as the head coach at Kean University (July 2017-August 2018) and as an assistant at Indiana (two seasons), Greenwich Academy (one season) and Montclair State University (one season).

Perkins graduated Saint Mary’s College of California in 2011 as a Dean’s List honoree and a two-time Water Polo Team captain.

UP NEXT: Denver will not compete again as a team until heading to the Princeton Invite in December for a three-day event from the sixth to the eighth.