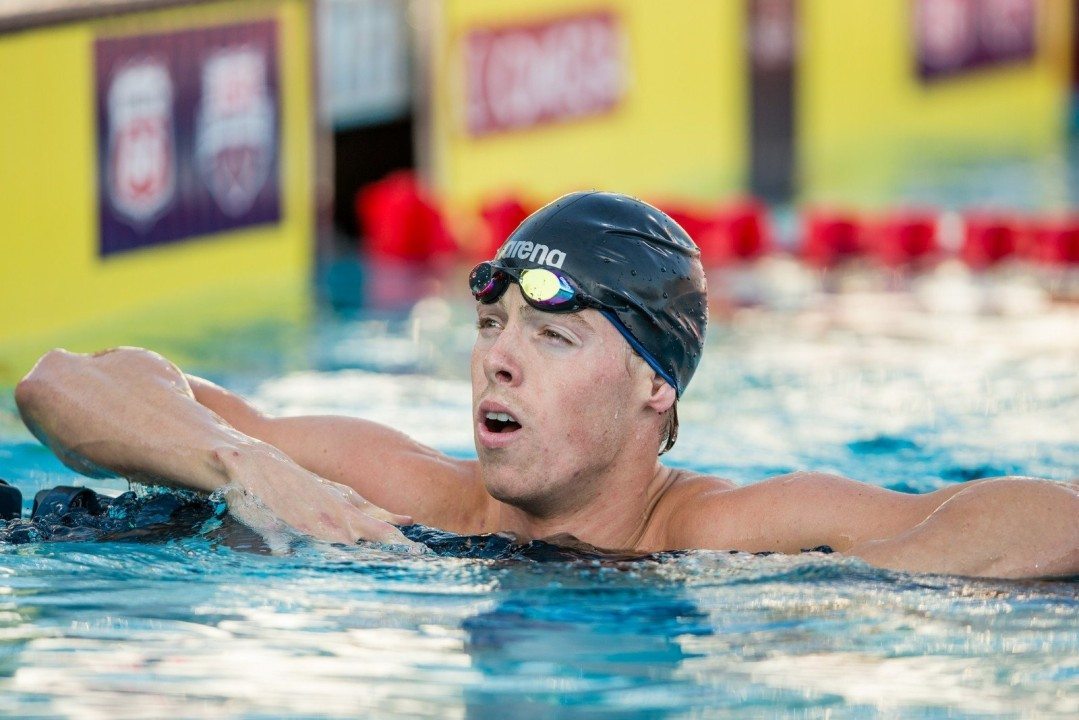 With powerhouse programs Indiana, Texas and Louisville paying a visit to Ann Arbor next week (Oct. 24-25), the University of Michigan swimming and diving program sweetened the pot for aquatics fans by announcing Thursday (Oct. 16) that the meet would also include post-graduate races from some of the biggest stars in swimming.

The U-M contingent of post-grads is expected to include 2012 Olympian Connor Jaeger, as well as U.S. National Team members Sean Ryan, Ryan Feeley, and Emily Brunemann. Club Wolverine’s Michael Klueh and Junya Koga are slated to race, along with Texas’ Michael McBroom, Louisville’s Joao De Lucca and Indiana’s Lindsay Vrooman. The post-grads will race on both Friday and Saturday during breaks in the co-ed quad meet. A full listing of expected post-grad participants is listed below.

The quad meet features some of the staunchest competition this side of a conference or NCAA Championship. The Michigan men capped off the 2013-14 season in fourth place at the NCAA meet, with Texas taking second, Indiana 10th and Louisville 11th. On the women’s side, all three visiting teams finished in the top-15 last season, with Texas in ninth, Indiana in 12th and Louisville in 15th-place.

Ann Arbor was recently named the top Swim City in America by USA Swimming and Speedo. [ Release ] Both sessions of the meet are free, with Friday beginning at 6 p.m. and Saturday at 10 a.m.

College Swimming News courtesy of the University of Michigan.