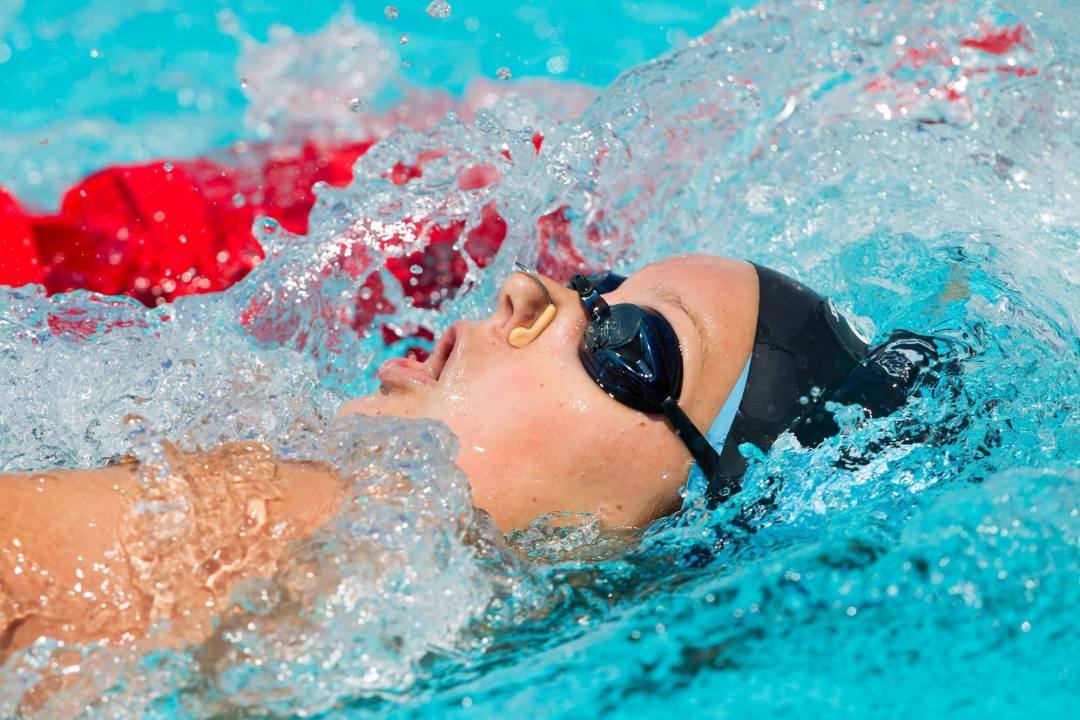 UNC Tar Heel Hellen Moffitt hit what is believed to be the third-fastest 50 fly split in history, going 22.29 on the North Carolina relay at the ACC Championships. Archive photo via Tim Binning/TheSwimPictures.com

UNC Tar Heel Hellen Moffitt hit what is believed to be the third-fastest 50 fly split in history, going 22.29 on the North Carolina relay at the ACC Championships.

Moffitt’s leg outsplit every other ACC butterflyer by at least four tenths of a second, and she actually beat the top two teams (NC State and Louisville) by eight tenths on her leg. UNC wound up finishing third, just .02 ahead of Florida State.

Based on our records, Moffitt is now the third-fastest 50 flyer in NCAA history, behind two 2016 swims:

**Breeden split this on a Stanford relay at Pac-10’s that was actually disqualified. It’s unclear what the DQ was for, or if anyone jumped early (the usual culprit for a relay DQ), and since the relay was DQ’d, her time is somewhat invalid. But, if she didn’t jump, that’s still a legitimate split on its own, without considering the relay.

That should bode well for Moffitt’s individual 100 fly, which takes place on Wednesday. Moffitt went 50.67 at ACCs last year before fading to 51.16 and taking 5th nationally.

Moffitt’s big split did come after a perfect 0.00 relay exchange, according to live results

She’s awesome!!!!! SO deserving of all her success! Looking forward to the rest of her meet- could sweep all her individual events!