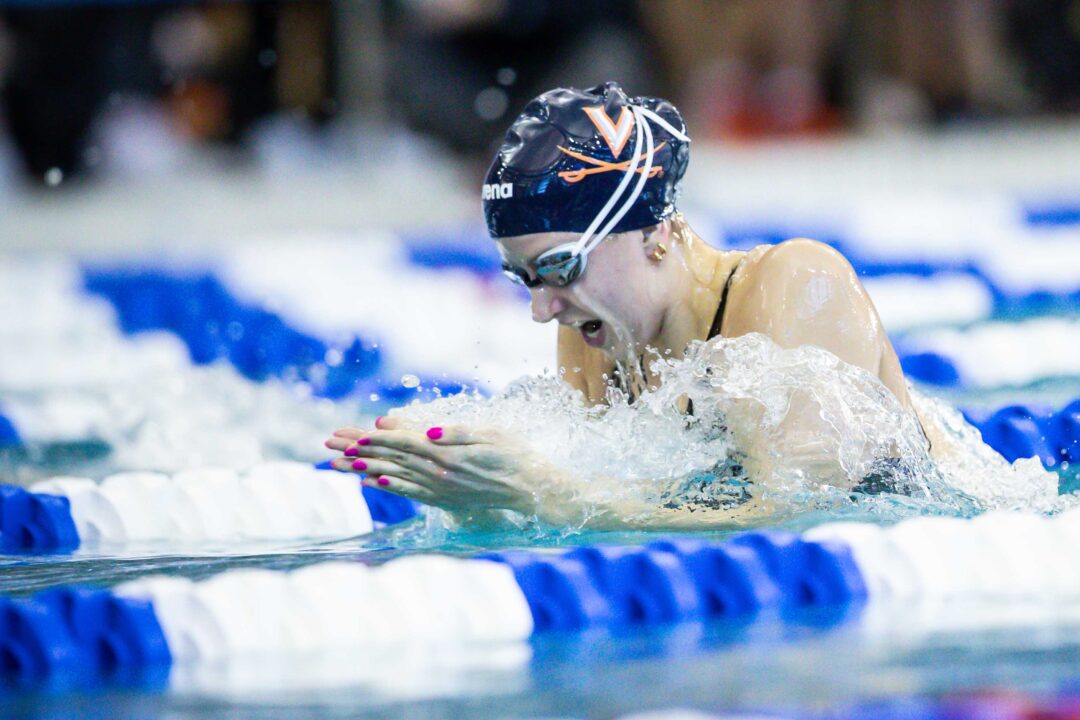 Douglass' versatility on full display at the Tennessee Invite, highlighted by her record swim in the women's 200 breaststroke. Archive photo via Jack Spitser/Spitser Photography

Murphy was an unstoppable force at the Short Course World Championships, winning five gold medals and becoming the first male to sweep the backstroke events.

Kate Douglass has been among the best swimmers in the NCAA since breaking onto the scene as a freshman in 2019-20, but perhaps her wide-ranging versatility has never been on display more than it was in mid-November at the Tennessee Invitational.

Douglass’ crowning achievement of the competition came in the final of the women’s 200 breaststroke, where she broke the NCAA, U.S. Open and American Record in a time of 2:01.87, getting under her previous mark of 2:02.19 set last season. However, that was only part of the story of Douglass’ weekend, as it came at the tail-end of an incredibly busy program that included 12 trips to the blocks.

The University of Virginia senior swam the women’s 50 free, 100 breast, 200 breast and 100 fly individually, and also appeared on four Cavalier relays, including leading off the 400 free and 400 medley to put up official times in the 100 free and 100 back. As a result, she ranked among the top swimmers in the NCAA over the weekend across six different events.

Douglass also performed well at UVA’s dual meet with Texas at the beginning of the month, including going one of the fastest times ever in the 100 IM (53.01).

The 2020 U.S. Olympic medalist will quickly turn the page in December, shifting her focus to the Short Course World Championships in Melbourne, Australia, where she’ll contest the women’s 200 breast and 200 IM.