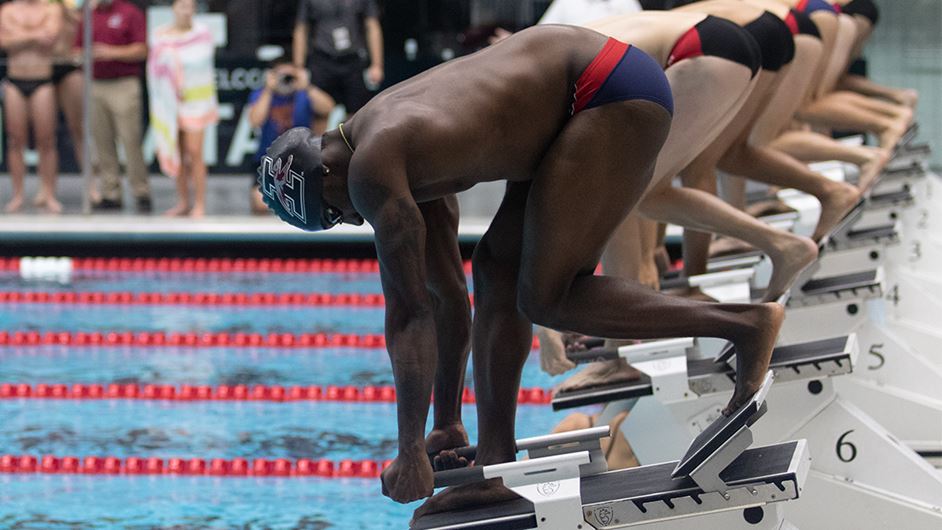 UIndy leads the preseason polls, while the Queens University of Charlotte men and the Wingate women hold down second place. Current photo via Ryan Thorpe

Quincy’s new class will feature 16 total swimmers, made up of six women and 10 men.

The College Swimming and Diving Coaches Association of America (CSCAA) released its Division II Preseason Swimming & Diving Poll today. The committee, comprised of Division II coaches and select media outlets, ranks the top 25 teams in the nation based on dual meet strength.  University of Indianapolis is the preseason favorite for both the men and women. The polls were not conducted during the 2020-21 season due to COVID.

On the men’s side, UIndy and Queens University of Charlotte each received three first-place votes. UIndy received 146 points, one more than the defending NCAA Champion Royals.  Lindenwood is third with 137 points, McKendree fourth with 125 and Grand Valley fifth with 124. In all, thirty-two men’s teams received votes.

The UIndy women are the clear favorite as they collected all but one of the first-place votes for 148 points. Wingate ranked second with 141 points.  Queens (NC), the defending NCAA Champion, received the final first place vote and ranks third with 136 points.  Nova Southeastern (132 points) and Lindenwood (128) round out the top five. Thirty-two women’s teams received votes.

You can find a complete list of the rankings at: www.cscaa.org/top25

The rankings are voted on by CSCAA-member coaches and select media. The committee includes six representatives from division II institutions and two media members. Paul Mangen, head coach of Saint Leo chairs both the men and women’s polls. The remaining polls are scheduled for release on November 11, December 9, January 19, and February 9 and March 4. These dates are subject to change.

Don’t know about the women’s but this men’s poll is inaccurate. Queens already has some of the best times this season and best swimmers. Not to mention they haven’t suited up like, Uindy, Lindenwood, Wingate, and many more. Also McKendree, northern Michigan, Colorado mesa and Drury are very underrated in this poll.

I think it looks pretty dang accurate at this point in the season. Poll isn’t handicapped, you don’t get bonus points for not putting a jammer on.

Drury isn’t underrated if you take their roster for what they showed in the first meet – if Ostrowski starts competing, of course they move up. Is McKendree maybe better than Lindenwood? Sure, might be, but one spot low isn’t “very underrated.” And I’m not sure who you’d put Mesa and NMU above.