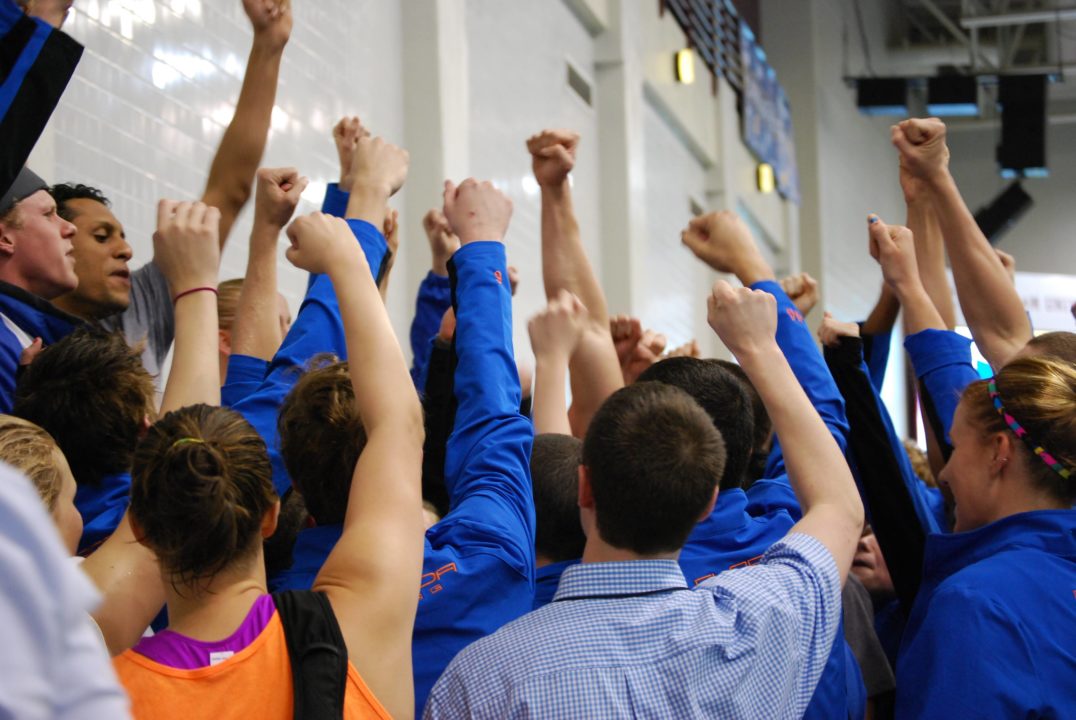 The University of Florida has added a new top-flight distance swimmer to their roster. (Photo: Janna Schulze/SwimSwam.com)

Florida head coach Gregg Troy continues to beef up his incoming group for the class of 2013 with the addition of transfer Megan Rankin, who comes to the Swamp after one year at UCLA.

Rankin is a talented distance swimmer, which would put her as part of a group at Florida that has shown some life in recent years with the likes of British import Jess Thielmann, and sophomore-to-be Arthur Frayler.

She didn’t manage any best times in yards in her first year at UCLA.

Rankin hails from University High School in Irvine, and is currently a part of the Golden West Swim Club. Rankin was actually born overseas in Taiwan, though she grew up in California.

30 years and no success with the same coach — the buck has to stop somewhere!

These comments don’t seem to be very fair or completely accurate. Cyndi has the respect of many top coaches in the country. Some coaches, as in head coaches of the the 2012 and 2013 US World Championship teams, rank Cyndi as one of the top collegiate coaches in the country. She is well-connected and respected in the elite circle of female Division I head coaches, too.

Coaching student-athletes is a true challenge. It would be unfair to cite two or three women with poor progressions and to make generalizations off that. First-years can show up depressed, out of shape, pregnant, or ambivalent about the sport. Sometimes student-athletes go from never drinking in high school to drinking a few times each… Read more »

Good riddins!! This latest recruiting class will push UCLA to the next level. I think things are looking up for Cyndi! She is a great coach, it’s tough getting top recruits w/o a boys team. Show me a program w/o a boys team that doesn’t struggle to garner top talent year after year.

UCLA got the #4 ranked recruit in the country for the 2009-10 season, Lindsey Marchand from King Aquatics, who was a 52.3/1:56.9 flyer right out of high school and a Junior National High Point winner. She also went 49 for the 100, 1:58 for the 200 IM, and 1:00 in the 100 breast. What did they do with her? The times she came with from high school would have qualified her for NCAAs (her best post-season finish was 18th in the 100 breast at PAC-10s) and she was never seen on the roster again after her freshman year.

I’m sure a lack of a men’s team doesn’t help things. I still don’t get that part of Title9, too bad.

Eventhough I am a PAC 12 backer, I believe this is a really good move for Megan. Florida may be called “The Swamp”, but the real swamp and quagmire for elite women swimmers is the current program at UCLA.

Don’t believe me? Outside of the NCAA season go to any top level USA Swimming meet in So Cal or the Bay area and ask around. You’ll see there is about zero “buzz” or positive talk about UCLA swimming. There are a number of reasons for this.

What are the reasons? Their head coach has been there for at least 20 mediocre years not getting much done…..

Is that one of them?

UCLA water polo is very strong. The women’s team is a perennial power and the men’s team is extremely good. Seems odd that they would dedicate resources to water polo, an even lower profile sport than swimming, but accept mediocrity in swimming. Men’s swimming even won an NCAA title 30 years ago. UCLA didn’t become the first school to reach 100 NCAA team titles by accepting crappy results, but they seem to look the other way with the swim program.

Duck is correct and probably the most neutral with comments. I suspect the extreme positive comments are from a parent or relatives a of 2013 UCLA recruit. UCLA probably would benefit from a coaching change or culture if they truly wanted to compete with the elite swim schools. I really don’t think they care to at this point..Past performance, unfortunately does not indicate “elite” results for this team as a whole, regardless of who is recruited.

Agreed. UCLA is a below avg team year after year. With all of the resources they have, they continue to underperform. I believe coaching is a huge part. They get good recruits that never do much.
Bring back the men’s program!!! Wishful thinking. Thanks Title IX

I always wonder why the UCLA women’s swim team is so average. They have academics, a very nice facility and are located right in the middle of a swimming hotbed teeming with talented athletes.

Is it the coaching staff or what?

Tough to argue with you. They did have one of their better years this past season with a 17th finish at NCAA’s. Rankin didn’t even make NCAA’s. So, they lose no points and are bringing in one of their best recruiting classes next season in the last 10 years. Again, no arguments from me about UCLA as they need to perform better than in the past as there are so many reasons for great swimmers to attend one of America’s best institutions.