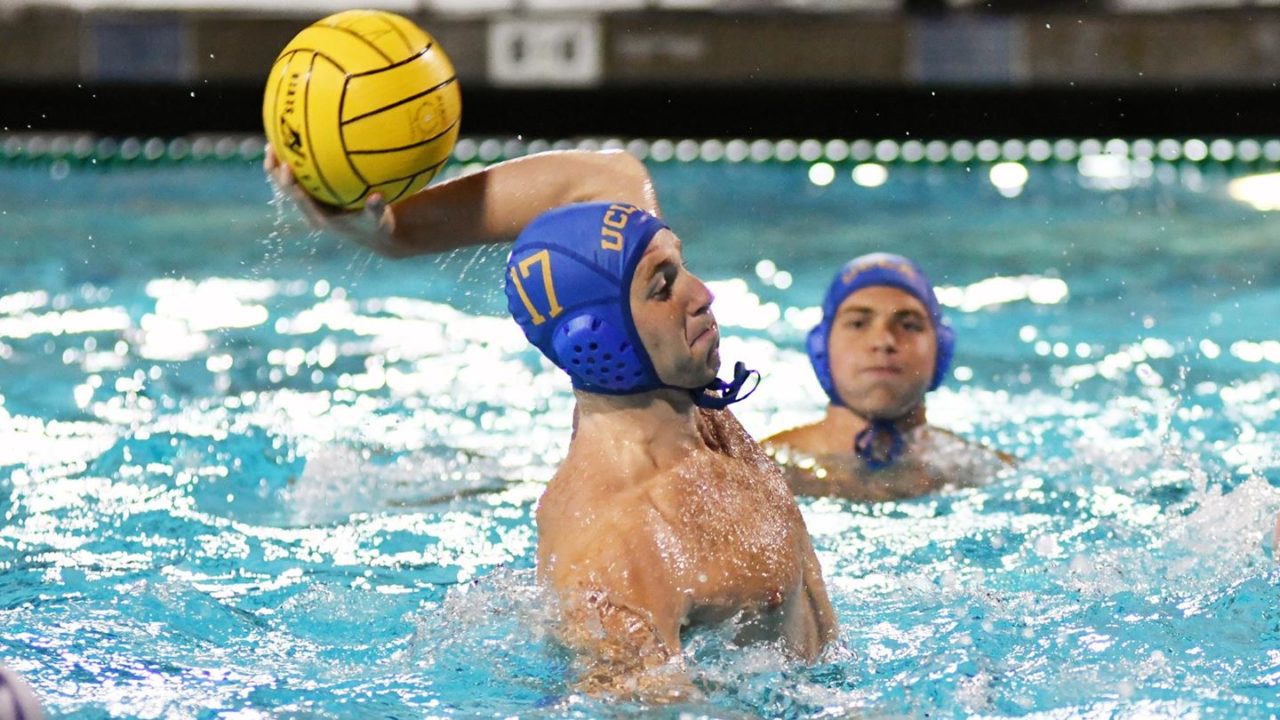 UCLA takes over as the #1 team in collegiate men's water polo after spending the entire 2019 season (nine weeks) in the #2 spot. Current photo via Ross Turteltaub, UCLA Athletics

UCLA takes over as the #1 team in collegiate men’s water polo after spending the entire 2019 season (nine weeks) in the #2 spot. This marks the Bruins’ first listing at #1 since owning the top poll position in the 2018 preseason and Sept. 5 polls.

The Bruins move up a spot after besting #14 UC Irvine 16-7 and #8 Cal 10-9 last week. Ashworth Molthen scored a career-best four goals vs. the Anteaters, while Felix Brozyna-Vilim and Jake Cavano put together hat tricks. In the MPSF opener against the Bears, Molthen, Brozyna-Vilim and Chasen Travisano found the back of the net twice each.

The victory moved the Trojans up three spots to #4 behind #3 Pacific, while bumping UC Santa Barbara, Pepperdine and Cal down one place apiece to #5 through 7.

Cal Baptist moved up three spots from #19 into a tie for #16 after splitting matches with #13 Loyola Marymount (L 16-15) and Air Force (W 12-10 OT) last week. PJ McDonough and Logan Mena scored four goals apiece vs. LMU, while Joseph Galgani added a hat trick. Galgani and Mena each put in three scores vs. the Falcons.

Princeton fell two spots to #20, while St. Francis Brooklyn and Pomona Pitzer dropped out of the Top 20 from #17 and #20 respectively.