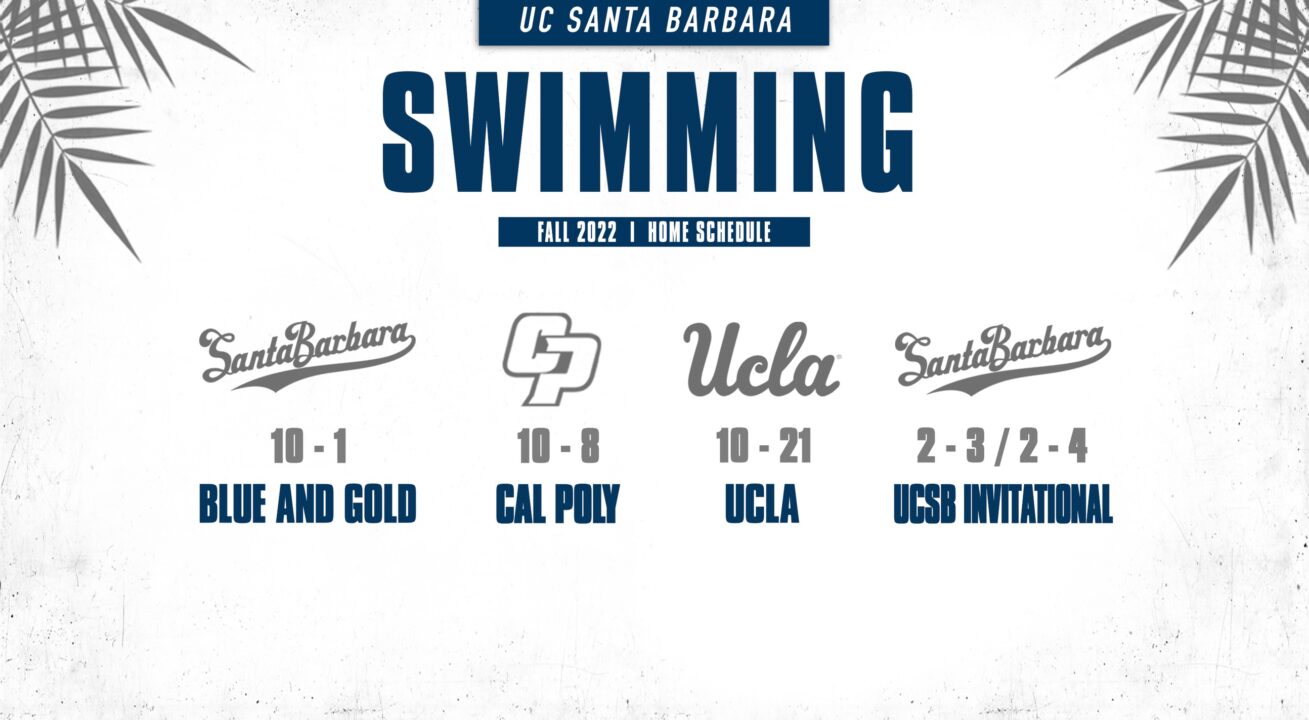 Both teams will compete in 10 regular season dual meets with the women picking up a pair of solo contests as well. Current photo via UCSB Athletics

SANTA BARBARA, Calif.— The UC Santa Barbara men’s and women’s swim teams announced its 2022 schedules Wednesday afternoon. Both teams will compete in 10 regular season dual meets with the women picking up a pair of solo contests as well. Four of the meets will take place at Campus Pool.

The Schedule
The Gauchos take Campus Pool together for the first time on Saturday, October 1st for their Blue vs Gold intrasquad meet.

November opens up on Saturday the 5th down in Malibu with both Gaucho teams heading south to face UC San Diego and host Pepperdine. UCSB then gets a week off before heading out on the longest road trip of the regular season, a four-day road trip to the Utah Tech Invite in St. George, Utah that spans from November 16th-19th. It will be a great chance for the Gauchos to familiarize themselves with the facility that plays host to this year’s MPSF Championships.

The sole December meet comes just before winter break on Saturday, December 17th with the Gauchos once again taking on CSUB at its home facility, but this time in a dual match.

UCSB is on the road for the entirety of January starting down in Riverside, Calif. for a dual meet with Cal Baptist on Saturday, January 14th. The following week the women’s team faces UC Davis on Friday, January 20th before both teams take on Pacific the very next day. Finally, the month comes to a close out in Las Vegas, Nev. with a two-day meet that begins on Friday, January 28th and features Wyoming and host UNLV.

The final home contest and regular season meet of the year is a two-day affair, the UCSB Invite, which begins on Friday, February 3rd and will serve as the Senior Day meet.