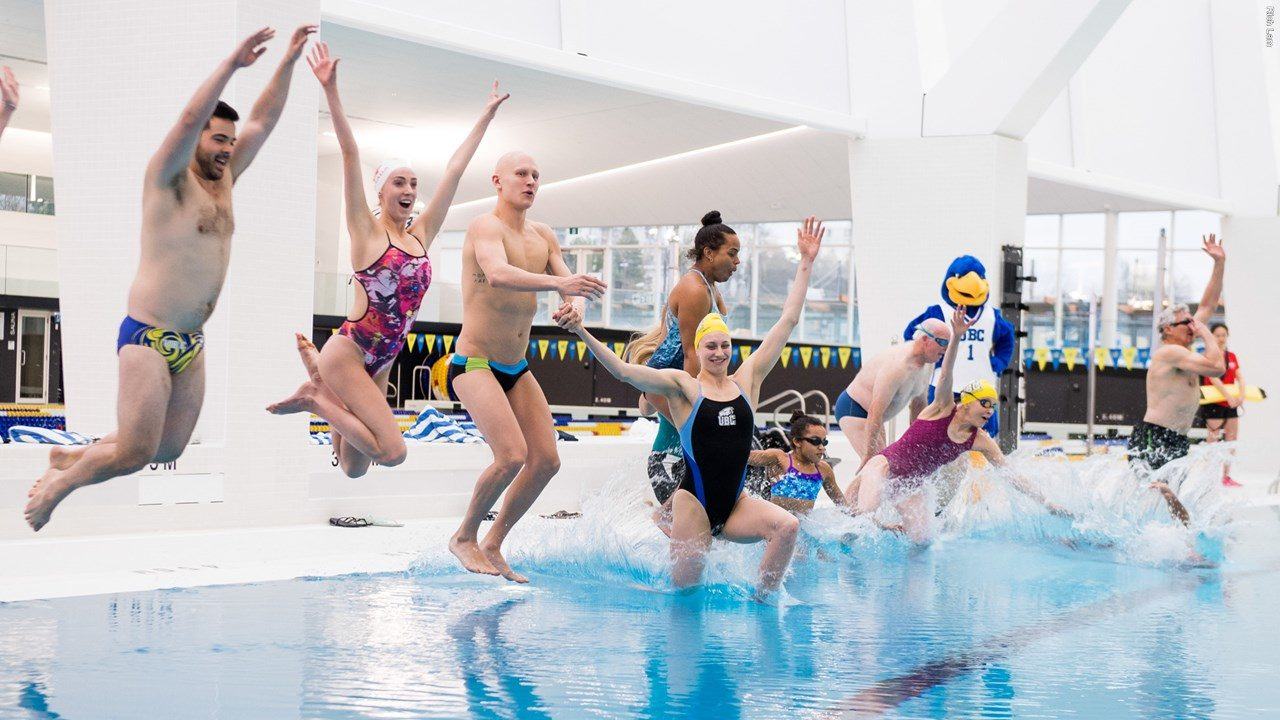 The University of British Columbia swimmers are getting a taste of luxury after moving their training grounds to the new state-of-the-art aquatic centre this week. Current photo via Aaron Martin (UBC Sports Media)

The University of British Columbia swimmers are getting a taste of luxury after moving their training grounds to the new state-of-the-art aquatic centre this week.

While UBC athletics and Recreation officially unveiled the pool this Thursday, head coach of the Thunderbirds, Steve Price, mentioned that the team has been training at the new facility since Monday.

It’s a steady upgrade from their former training grounds, a 50-meter pool facility built in 1978 that’s been the main pool for the Thunderbirds since. In more recent years it’s also stood as the home of the High Performance Centre – Vancouver.

The new facility boasts a 50-meter competition pool, a 25-metre multi-purpose pool, and even a leisure pool with a lazy river. With 80,000 square feet, the facility is outfitted with cutting edge ventilation and filtration systems. There are both gendered and universal change rooms and according to a UBC press release, “several innovations geared at making the venue environmentally friendly.”

If you ask UBC swimmer and Canadian Olympian Yuri Kisil his favourite part of the facility, he’ll tell you, “one hundred percent the hot tub.”

Others such as men’s co-captain Keegan Zanatta mentioned that they were awe-struck by the facility. What impressed Zanatta the most was, “how bright it was, how clean it was compared to the old facility…what came across was just how beautiful everything was.”

World Championship bronze medallists and Rio Olympian Emily Overholt stated, “to be able to train in a world-class facility like this for the next few years, it’s huge.” Overholt has been all over the world competing over the last two years and went on to say, “it’s definitely up there with some of the best pools I’ve ever been in and it’s going to be terrific to get to work in that high-calibre environment every day.”

Head coach Steve Price also hopes that the pool will give them the opportunity of hosting more U Sports Championships, and even international meets with hopes of inspiring the youth.

While one of its primary focuses is the varsity team, the pool is accessible for anyone.

“It’s available for everyone in the community,” said Price. “[It] gives the swimmers a chance to become a bigger part of this community. If we can inspire a kid or two along the way, all the better.”

The pool will be opening its doors to the public this coming Monday, January 23rd. To check out the drop-in schedule click here.

Got inside the pool and swam there this weekend. This is an exceptional competitive and community facility befitting both the excellence of the UBC and HPC-Vancouver programs and the wider BC aquatics community. Nicely done!