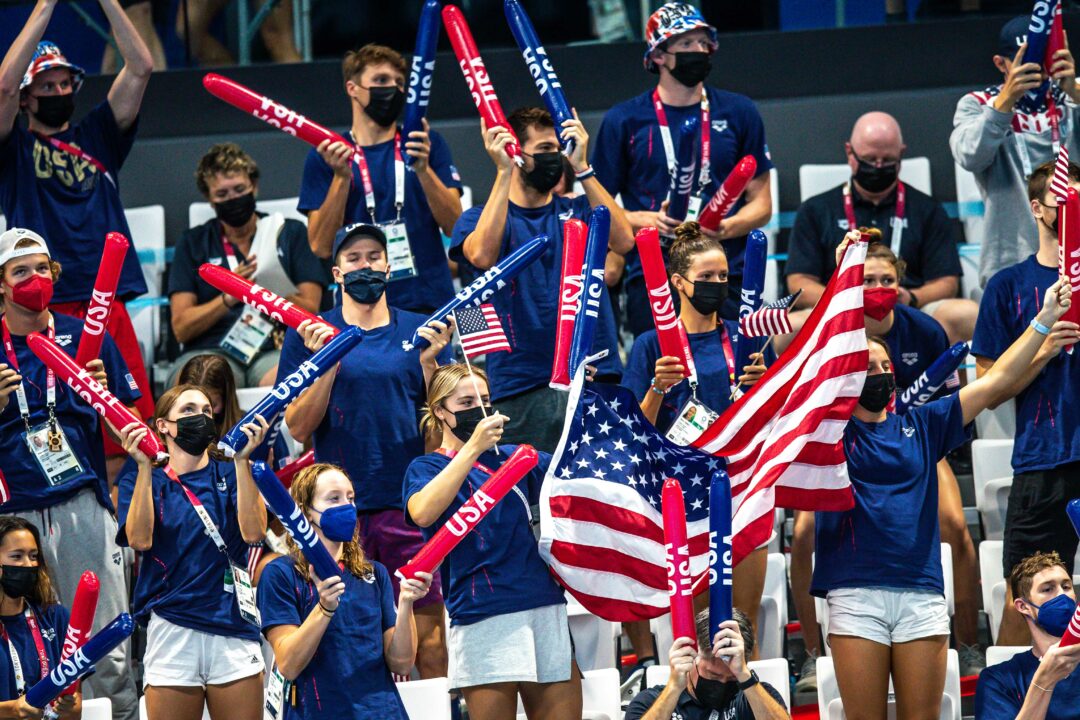 Gene Sykes to take over as board chair in January; Half of board positions held by current or alumni Team USA athletes. Stock photo via Jack Spitser/Spitser Photography

As dual meets finish and prep for conferences start, we thought it would be a good time to check in on the swimmers still undefeated in individual events.

The USOPC is governed by an 18-member board of directors. The Athletes’ Advisory Council (AAC) and National Governing Bodies Council (NGBC) have three representatives on the board, while six members of the board – including two at-large athlete seats – are independent.

New members joining the board include:

The following board members were reelected to four-year terms:

“The members of the board give significant time and expertise in support of Team USA,” said USOPC CEO Sarah Hirshland. “I want to offer my sincere thanks to our departing board members who have volunteered countless hours to strengthen the movement. We are grateful for their service and commitment.”

The newly constituted board, including incoming chair Gene Sykes, will take effect on Jan. 1, 2023.

Sykes currently serves as the co-chairman of Global Mergers and Acquisitions (M&A) and co-chairman of the Global Technology, Media and Telecom Group at Goldman Sachs & Co. Sykes took a leave from the investment firm in 2015 to join the Los Angeles bid committee as CEO and oversee the successful bid campaign that ended in 2017 with the International Olympic Committee awarding the 2028 Games to Los Angeles. He stepped down from the CEO role in December of 2018.

“I am thrilled to accept this role and thankful for the confidence placed in me by the board and the U.S. Olympic and Paralympic community,” said Sykes. “I am inspired by the opportunity in front of me and am grateful to the departing members for leaving the organization so well positioned to achieve holistic success – on and off the field of play – as Team USA marches toward Paris 2024, Milan-Cortina 2026 and Los Angeles 2028.”

Sykes succeeds current chair Susanne Lyons who will step down at end of her term in December.

Lyons was appointed to the role of board chair in January of 2019 after serving as interim USOPC CEO from March 2018 to August 2018, and following her tenure as an independent USOPC board member that started in 2010.

“This is an exciting time for the Olympic and Paralympic movements in the United States, and I am thrilled to welcome four focused, inspiring and dynamic new members to the board,” said Lyons. “Serving on this board, both as an independent director and as chair, has been a great responsibility and privilege – and I will forever be committed to the values and mission of the USOPC.”

Lyons leaves the board after overseeing a transitional period that included significant governance changes, a rededication to athlete mental and physical wellness, and establishing a greater organizational focus on athlete safety and high-performance success during two Covid-impacted Olympic and Paralympic Games.

“The USOPC and our community owe Susanne an enormous amount of gratitude for her leadership during the best and most trying of times,” said Hirshland. “Whenever needed, and in any capacity, Susanne rose to the challenge – and as a colleague and partner in the Olympic and Paralympic movements, I can’t thank her enough for her strong leadership, incredible compassion and true friendship throughout her tenure.”

Per USOPC policy, each elected member was subject to a strict background check and screened for any conflicts of interest that could potentially interfere with acting in the best interest of Team USA athletes, the organization and its stakeholders.

A full membership list, including biographies, for the USOPC board of directors can be found here:https://www.teamusa.org/about-the-usopc/leadership/board-of-directors.

Additionally, the USOPC board confirmed committee memberships for the coming year:

*Served two years on the board after being elected in 2021 and was reelected to a full four-year term.