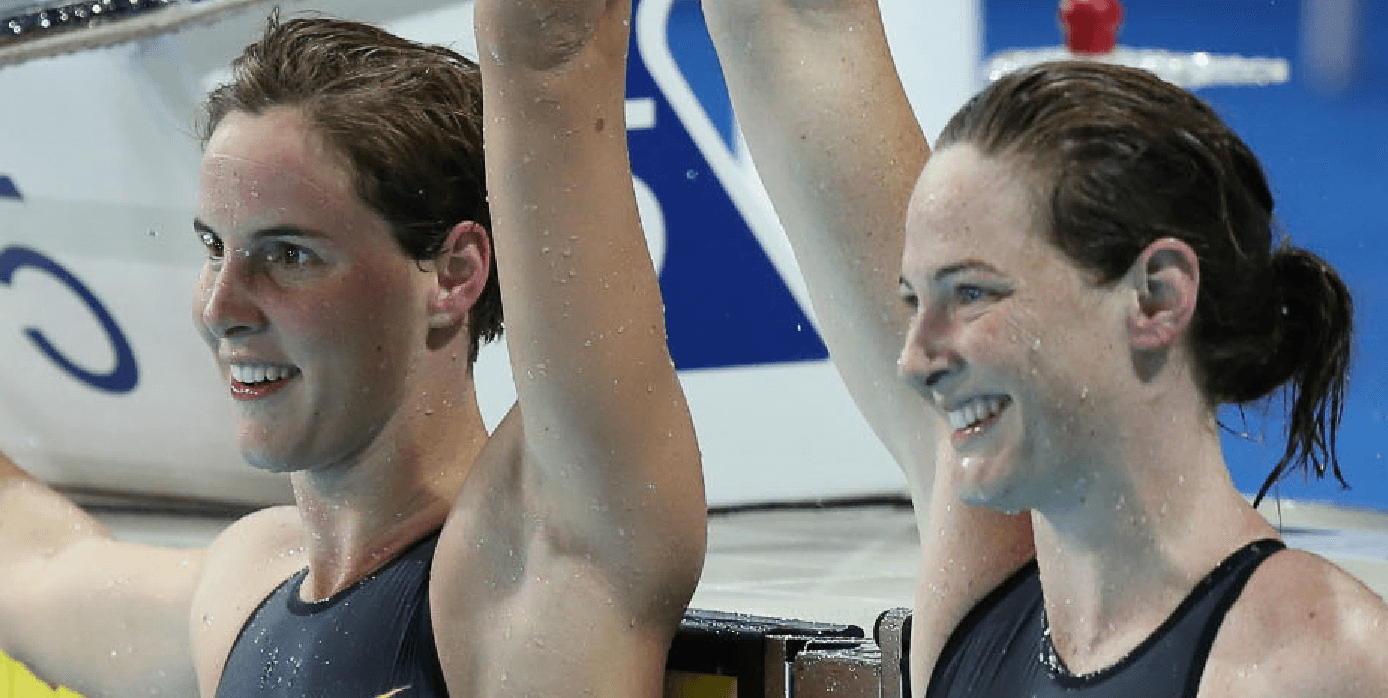 The Australian 4x100 free relay earned gold thanks to Cate and Bronte Campbell, and the Aussies cut down the U.S. lead in gold medals by 1 on the third day. Current photo via Paul Younan

With one day to go at the 2014 Pan Pacific Games, Australia has closed the gap slightly in the medal table, earning 4 golds. They now have 8 to the U.S.’s 11, cutting the lead down by 1.

But in overall medals, the Americans continue to power away, adding 10 more to their total, which has coincidentally been their daily average so far. Of the 72 medals earned, 30 of them have gone to the U.S. and another 19 to Australia.

Those two countries have dominated thus far, even more thoroughly in the golds. 19 of 24 gold medals have gone to those two nations, including 7 of the 8 on day three.

The other gold medal went to South Korea’s Park Tae-Hwan, who put his country on the board with a 400 free win. He’d have likely medaled elsewhere had he not scratched his other two races (perhaps could have earned gold in the 200 free), but the 400 has been his event historically at Pan Pacs, as Park has won the past three gold medals here.

In addition to South Korea, China won its first medal on day 3, getting silver from Ying Lu in the 100 fly. China has taken some criticism for sending basically none of its top swimmers to the Gold Coast, but the country appears very focuses on the Asian Games, much as South Africa (still without a medal here) was focused on the Commonwealth Games.

The final day should be another solid one for the top few nations. The US has Ryan Lochte and Michael Phelps in the 200 IM, plus Nathan Adrian and Anthony Ervin in the 50 and hold the top seeds in the men’s 800 and women’s 1500 with Michael McBroom and Katie Ledecky. The Australians are very strong in the women’s 50 free with Cate and Bronte Campbell, plus have 100 fly champ Alicia Coutts back to swim the 200 IM.

Watch for Japan to make a run on the final day as well, with their powerhouse 200 breaststrokers Yasuhiro Koseki, Naoya Tomita, Kanako Watanabe and Rie Kaneto, plus Kosuke Hagino in the 200 IM.