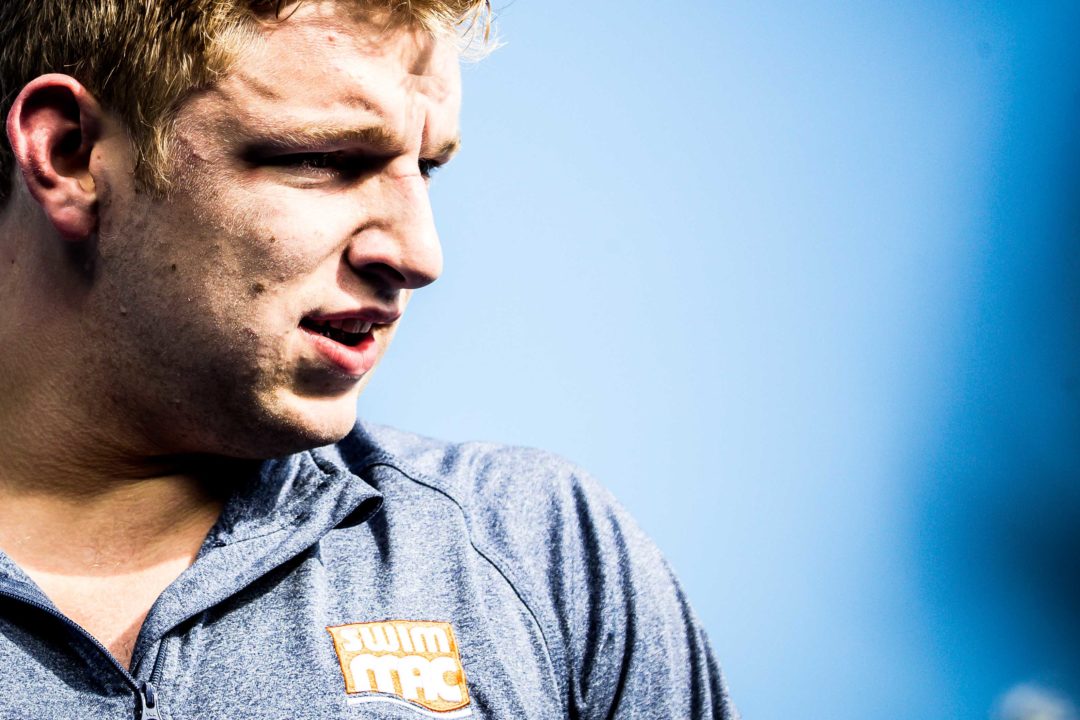 Two-time NCAA qualifier Jack Walker has dropped off of the University of Virginia's roster mid-season after two and a half years with the Cavaliers. Current photo via Jack Spitser/Spitser Photography

Two-time NCAA qualifier Jack Walker has made a mid-season departure from the University of Virginia’s roster. Neither the school nor Walker provided any additional information as to the reason for Walker leaving the team.

Walker told SwimSwam that he “has nothing but love for the team and staff” and said that it would be fair to consider him retired from the sport. He swam throughout the fall for Cavaliers, competing in several dual meets and at the Tennessee Invite in November.

Prior to coming to the University of Virginia, Walker grew up in North Carolin and swam for SwimMAC Carolina. He was the first “big-time” male recruit for Virginia head coach Todd DeSorbo when he and the rest of the current staff took over the Cavaliers’ program in the summer of 2017.

When Walker made his verbal commitment as a high school junior, he projected as the type of swimmer who could make an impact on all three free relays, boasting lifetime bests of 20.10/43.52/1:33.74 at that point. We named him the #3 recruit in the high school class of 2019. However, he didn’t improve all that much in the shorter freestyles in his final two years of high school, and that trend continued into college.

Instead, upon arriving in Charlottesville, Walker focused on the longer two freestyle events. At the 2020 ACC Championships, he finished 3rd in the 500 free with a time of 4:11, easily qualifying for NCAAs in that event. That time is good enough to make the A-final at NCAAs, but the 2020 edition was ultimately canceled due to then-burgeoning Covid pandemic.

Losing Walker could be a big blow for the Cavaliers’ placing at ACCs. He scored 57 points in 2020 and 66 points in 2021. Last year, Virginia finished 154 points behind intrastate rivals Virginia Tech after finishing second the year before. Currently, the Swimulator has Virginia Tech, UVA, Florida State, and Georgia Tech all projected to score within 40 points of each at next month’s ACCs Championships, although that does not take into account diving.

The Cavalier men have lost more-than-one conference-impact swimmers at midseason over the last few years. ACC or NCAA-impact names like John Whiteside, Lewis Burras, Robby Giller, and Cooper Wozencraft have all dropped off UVA’s roster for one reason or another in the middle of the season in recent years.

The Cavaliers have completed their dual meet competitions for the season, but are scheduled to host the Cavalier Invite February 4th-6th before traveling to Atlanta for the combined gender ACC Championships February 15th-19th.

Walker grew up swimming for NSS. Only went to SwimMAC his last few years of high school. NSS was more UVA style training. SwimMAC was not.

College swimming is a tough business, especially if you’re doing it for the wrong reasons. The volume of work laid down on these athletes, especially being STUDENT athletes in these top NCAA programs, is significant to say the least. You have to love it and be swimming for the right reasons if you are going to endure or thrive for four years – or five with the eligibility extension.

Wish him the best in his journey as a UVa student – onward and upward!

The mental strain of going from a sprinter to a distance swimmer is unimaginable. The fact that he pulled it off for a couple years is impressive. Imagine your sprinter teammates being told by their coach that they want them to start training for the mile.

Especially when it’s a distance coach known for grinding people up.

Swam with Jack for a few years in club, and unfortunately this doesn’t surprise me that much. The second he committed there were insane expectations for what he was going to do in college; wouldn’t shock me if that crazy pressure meant he didn’t get to experience the fun of college swimming. Wishing him nothing but the best during this transition.

It seems to be all about the women’s team at UVA-the men’s team always struggles.

They posted on Instagram that they have the best 2 male sprinters in the country. The arrogance is pretty insane.

Laughing at how butthurt some of you guys get about UVA Instagram. How dare they post positive stuff about their team? HOW DARE THEY!

We will see you in March 😴

he literally said he “has nothing but love for the team and staff”… doesn’t sound toxic to me.

hard to keep grinding every day when you aren’t improving in the pool. UVA is also very challenging academically which adds another level of stess

Jack is a wonderful man, couldn’t be happier for him. Stepping away from the sport can be hard, but the fact that he says he has nothing but love for the team and staff shows his character. Wishing him the best

Just a month ago, Zoe Bartel left Stanford mid-season and got completely dissed in these comment threads for her “lack of commitment to her team” despite being open about her decision process, and not literally weeks before conference champs. She was unlikely to have had the impact that Walker would have had for UVa. How is this not the same? And why should his departure be treated differently?

You want to debate this topic all over again? We exhaustively discussed it already. Just go reread the Bartel comments and substitute Jack for Zoe. Sometimes people think we are attacking the swimmer with the comments but you need to think of it more as a vigorous debate of the topic at hand.

I was actually someone who thought negatively of Zoe when I read her article at first but after reading some of the comments on that article I actually changed my mind. I decided swimmers need to make their own decision that is best for them, even sometimes at the unfortunate expense of their team. While I’m sure no coach or teammate was excited with their decisions, it was ultimately theirs to make and I think it’s best to respect and trust them.

Because swimswam commenters don’t like Stanford so it makes them look bad. We like UVA, so we support him and don’t blame them

Is this you again? Trying to get the whole world to feel bad for Stanford swimmers?

Bro, just show up and swim fast. Running to the comments and whining isn’t going to make anyone like you. I actually prefer teams that don’t whine about how much they get hated on, which is probably why I like Virginia better than Stanford. Never seen a Virginia swimmer in the comments complaining about woah is yee.

The best way to get someone to like you is by calling them “a joke.”

Lighten up Francis. That you think that someone else thinks so hard about you all day tells me you must be a freshman.