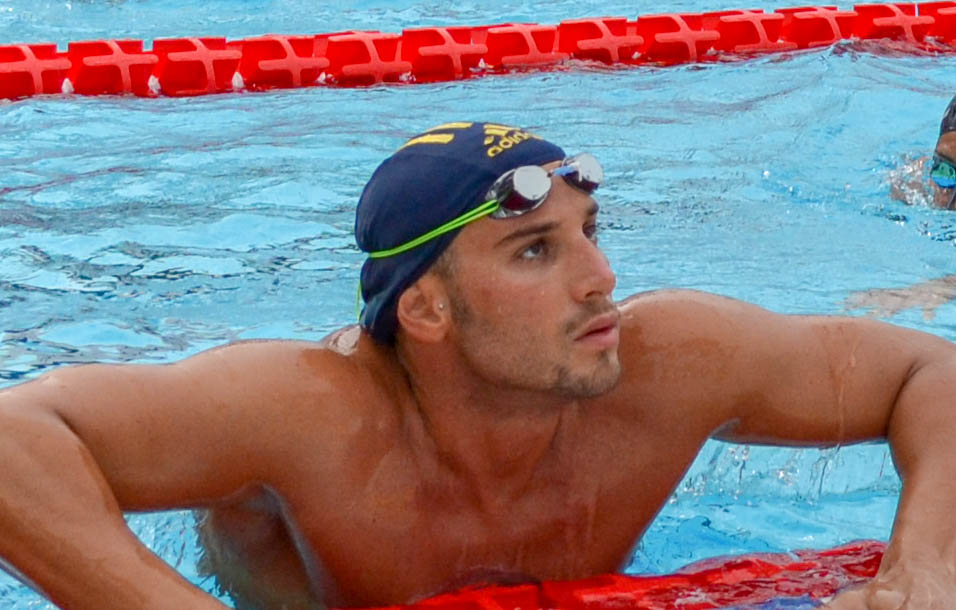 Alex di Giorgio, who swam on Italian relays at both the 2012 and 2016 Olympic Games, has been given an 8 month doping suspension. Archive photo via Giusy Cisale/SwimSwam.com

Italian swimmer Alex di Giorgio has been handed an 8-month ban by the National Anti-Doping Court (NADO) of Italy. The suspension is backdated to October 8, 2020, the date of his provisional suspension, and will expire on June 7, 2021, prior to the start of the Tokyo2020 Olympic Games.

The ban stems from a positive doping test in September of 2020.

NADO did not give justification for the reduction of the suspension, though the implication of an 8-month ban is that he convinced the panel both that he did not intentionally take the substance, and that he provided some plausible alternative for how it got into his body.

The 2012 and 2016 Italian Olympian tested positive for ostarine, also known as Enobosarm, which is a selective androgen receptor modulator (SARM). Developed for the treatment of medical conditions like muscle wasting and osteoporosis, it can be used by athletes to increase physical stamina and fitness, producing effects similar to anabolic steroids.

While ostarine is not approved for human use or consumption anywhere in the world, it has increasingly turned up in supplements and has seen a growing number of positive tests. By 2018, the most recent report released by WADA, there were 45 positive tests. In 2018, the Sports Integrity Initiative reported that at least 60 products on its “High Risk List” contained ostarine.

He currently trains at the Federal Center of Verona under coach Matteo Giunta in a group that includes the country’s most famous swimmer Federica Pellegrini, along with Stefania Pirozzi, Carlotta Zofkova, and others.

Di Giorgio also must pay the cost of the proceedings, calculated at 378 Euros.

Muscle wasting is very very real . Have you no compassion for 30 year olds ?

I mean he should have been suspended for wearing that fabric swim cap at the time this picture was published. Terrible fashion choice …