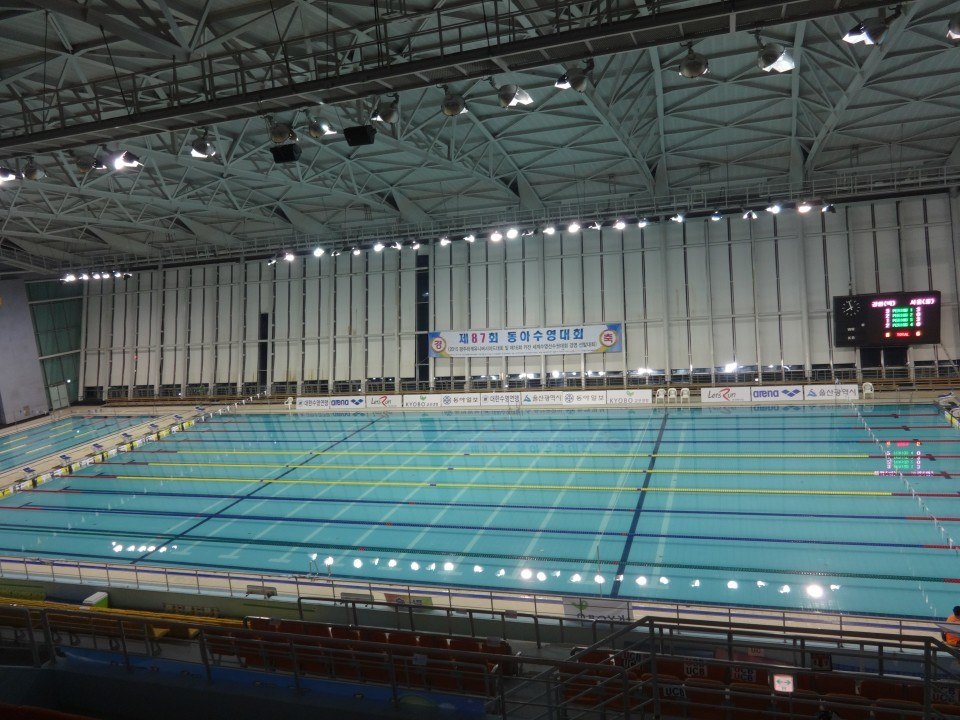 Park Han-byeoul and Park Seon-kwan join entry list for Worlds in the 50 back, Park Jin-young adds a second event

While Kosuke Hagino was racing his way to an undefeated 400 IM record in the ISL, domestic rival Daiya Seto was on the sidelines. They’ll meet up next month.

Thanks to Jinho Lee for contributing this report:

On the fourth day of Korea’s National Trials for the World Championships, races for the 50m back, 100m free, and 200m butterfly were held.

In the women’s 50 back, Park Han-byul (age 18) clocked a 28.67 at finals and ranked 1st among all age groups. The Incheon Asian Games finalist had already proven her worth at the morning prelims clocking 28.39, only 0.07 short of her personal best and the national record she already owns.

Meanwhile, in the men’s event, this year’s team captain of the national swim team Park Seon-kwan (age 24) also qualified with a 25.70 at prelims. At finals, he came in second with 25.87, while Shin Hee-woong (age 20) out-touched Park with a 25.85. However, Park qualified for Kazan with his prelims time, and Shin was selected to swim at the Universiade.

However, in the women’s event, high school student Park Jin-young (age 18) clocked 2:07.86 and smoothly qualified, being faster than the FINA A standard time. She became the only swimmer to represent two events; the other being the 100 fly, where she qualified with 59.03. Another young high schooler, Park Soo-jin (age 16) came in second with 2:10.06 and also added her name on the entry list. It was her first time making it on the national team.

In the men’s 100m freestyle , Yang Jun-hyeok (age 21) was the fastest with a 50.44, but the time was more than a full second slower than the KSF standard of 49.60. Yang had surprised the crowd the day before during the freestyle 200, as he clocked 1:49.82 and ranked first. Yang was the first Korean to swim under 1:50 other than the currently-banned Park Tae-hwan.

Meanwhile, An Jong-taek, head coach of the national swim team, shared “the reason we set the standard higher than the FINA B times was to motivate swimmers to set their goals higher and strive for more. At first I had expected only about five swimmers would qualify with the FINA A times, but so far we have seven. The results are very encouraging.”

Has Easop Lee qualified for World Champ’s? I try to read all the articles here about qualification for Kazan; did I miss some reports on Korean Trials?