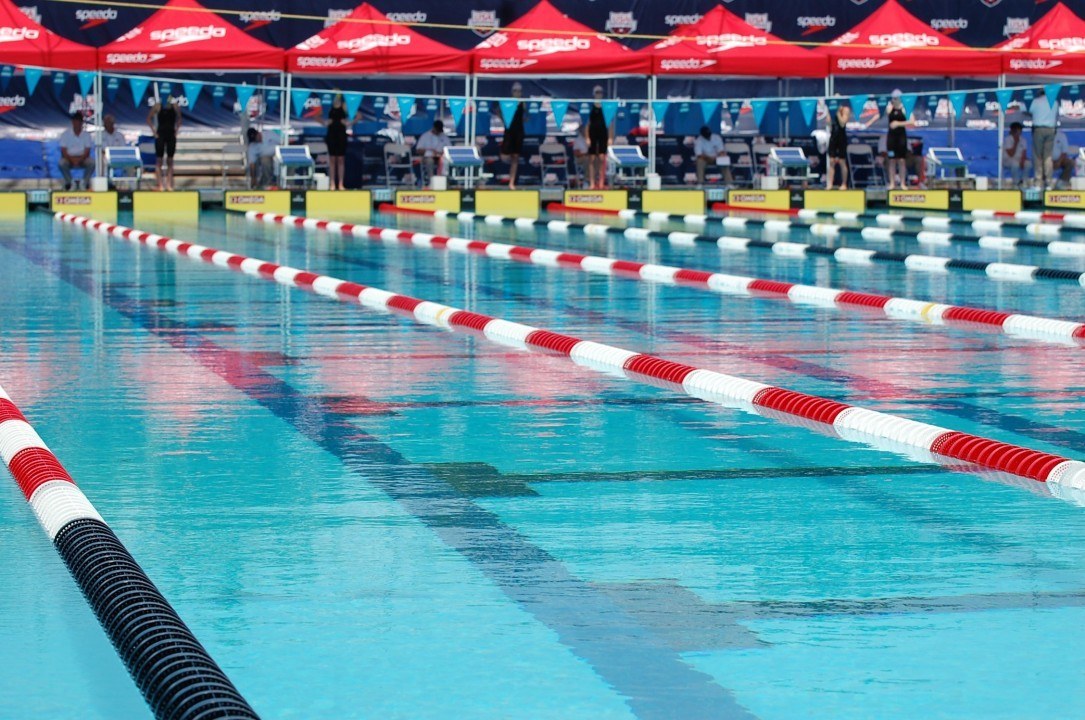 This is the first installment in a series of articles to research and unravel the mysteries of swimming.  These mysteries...

This is the first installment in a series of articles to research and unravel the mysteries of swimming.  These mysteries range from serious to silly, but always in good fun, and will hopefully help to satisfy your inner swim-nerd. If you have any good mysteries (or bad ones, we’re not picky!) please send them our way via the “submit content” page, and we’ll see if we can figure them out!

When is a mile not really a mile? When it’s measured in a pool.

Today’s question was inspired by an email I received from a guy named Paul Arvin. He is a life-long swimmer, having swum in high school, taught swimming in Malaysia, and done underwater photography for the World Wildlife Fund. He wondered why the 1650 yard freestyle is known as a “mile” when in fact it is 110 yards short of an actual mile (for those not familiar with feet and yards, a true mile is 1760 yards). It’s something I’ve always wondered, but have always just written off some strange misnomer that had something to do with the mathematical evil that is the Imperial system of weights and measures.

But no longer will I accept that as an excuse. So I set off across the internet and swimming community to discover  why we call 1650 yards a mile.

The first person I spoke with was Glenn Schroeder, a former age-group swim coach in Nevada.

TSC: Glenn, why are there only 1650 yards in a swimming mile?

Glenn: It probably has to do with those neat lap counters they use. If they went to 1750 yards, they’d have to add a 7 to the 10’s digit

Glenn: You got me there.

I didn’t buy it, so I moved on. I started looking through results of old Olympics, and discovered that only one Olympics ever was swum in yards, which were the 1904 Olympics in St. Louis. The 1904 games included a mile swim that was a true mile. Unfortunately, the 1904 Olympics were swum in an artifical lake, rather than a pool, and as such was no help.

But if open-water swimming has a true mile (they still do today), then why can’t pool swimming get any closer? A 1750 or 1800 yard swim would be much closer. A key clue comes in looking through historical swimming records, such as these pool records from the North Sydney Olympic Pool.

Swimming pools in the United States, Australia, and the UK were often built in 55 yard distances in the early and middle part of the 20th century. Similar to 440-yard tracks, 55 yard pools were used because races could be made in convenient, even proportions of  a mile (880 yard half mile, 1760 yard mile, etc.). Looking through the records above, you’ll notice that there is both a record for the 1760 freestyle and the 1650 freestyle. That’s because, for a long time, the official mile distance in the United States was 1760 yards.

But then things changed.

The AAU (predecessors to USA-Swimming) relented and changed their long course meets from 55-yards to 50-meters in order to better prepare their swimmers for the Olympics. But the United States held firm with its short course pool at 25 yards, instead of the international meters. Large organizations training Olympians could afford the expense of converting their pools to 50 meters (which is about a foot short of a 55 yard pool) or building new ones, but to the tens of thousands of neighborhood and high school pools, this cost would’ve been prohibitive.

In international swimming, beginning with the 1908 Olympics (which were actually swum in a massive 100m pool built inside of a track oval), the 1500m freestyle was a logical standard distance event. At 1.5 kilometers, it made sense to the other 95% of the world that uses the metric system, and sporting fans were already familiar with the 1500m run that was a standard distance in the more familiar track & field discipline.

Once the United States switched to a system of 50-meter long course and 25-yard short course pools, they had to find a way to keep the two systems as similar as possible, so that when its athletes did travel to international competitions, they weren’t at too much of a disadvantage.

And this is where the 1650 freestyle came from. The closest emulation of a 1500m swim in a 25-yard pool is the 1650 freestyle (to be precise, 1500m=1640 yards, 1 foot, and 3.12 inches, give or take), so the AAU likely decided to replace the true old-fashioned mile with a newer, more worldly distance. People were so used to calling this distance the “mile” that the name lived on. So there you have it. It was that crazy Imperial system after all.

[Update: We got a great suggestion from one of our readers that the 66 lap swim was a result of Phillips 66’s major USA-Swimming sponsorship. Although it was an intriguing and amusing idea, from a marketing standpoint, the 1650 is not really a glamor event.

Our research shows that the Phillips 66 sponsorship of American Swimming started in 1973, whereas the earliest incarnation of a 1650 we can find is in 1959 in Australia. But that’s the kind of creativity we like here at the Swimmers Circle Mysteries!]

Now, as to whether USA-Swimming, the NFHS, and the NCAA should switch from 25 yards to 25 meter short course swimming is a whole different discussion for a different time. But for now, chalk this one up as a mystery solved.

I swan in a 20 yard pool in high school . Saw a couple of national records set as no one swam the 160 im and the 60 yard freestyle anymore

It seems the 1500 meters emulates track in how far it goes back. Until the mid 60’s when touch pads came in the 1500 meters was swum on College and AAU by swimming 1640 yds with going thru a flag finish 10 yds from the wall as in the 220 yds and 44o yds flag finishes. With pads the went to 200 yds and s 500 because it was an even 100 number.
The 1500 meters (1640 yds) was moved to the wall for the pads thus 1650. The Olympics should have been 1600 meters a long time ago.
Most people forget that we had flag finishes till touch pads came in. One initial change was women went… Read more »

This is a very interesting discussion and rationale to explain the 1650 swim event, but I found one possible historical fact missing in the presentation: Many indoor pools prior to the 1950s were actually 20 yards long (e.g., many YMCAs, early University pools, the so-called “Johnnie Weissmuller pool” on 7th floor of InterContinental Hotel in Chicago, even the first pool I ever competed in H.S. in 1964).

In a 20 yd pool, it IS possible to swim exactly 1760 yds by doing 88 lengths! As explained in this article, as the U.S. insisted on staying with the English measurement system of yards instead of the metric meters system, they needed to have a 25 yard short course equivalent to… Read more »

Thank you I was talking with a young man and I said we warmed up with a 1 mile 1,650 yds his reply was you are wrong it 1,7600 yds which led me to asked the question. I thank you since we were both right. Also you gave me the understanding why everything is in meters now in swimming competitions.

I’m not sold on your explanation. I think you need to investigate this from a U.K. centric perspective. Have you considered that the brits may have taken the nautical distance from pointe du hoc or Calais to swimgate in England and divided it by 22? Did you know the town of swingate was known as swimgate before the invention of the steam engine for use on ferries?

OK. even after reading all of this, I still ask, how many laps do I need to swim in a 25yd pool to equate to 1, old fashion, true “mile”. Same question for 25 meter pool. thx!

All that is nice to know but when swimming 140 laps (2 miles) my problem is not to loose my lap counting. I do 20 laps @ 10 min, including some rest.. are those small lap counters (finger little watch like things) easy to read or there is something else better? Im 66 and my lap counting is lost sometimes. We have a timer hanging on the side wall of the pool and I try to match the time with the lap… Read more »