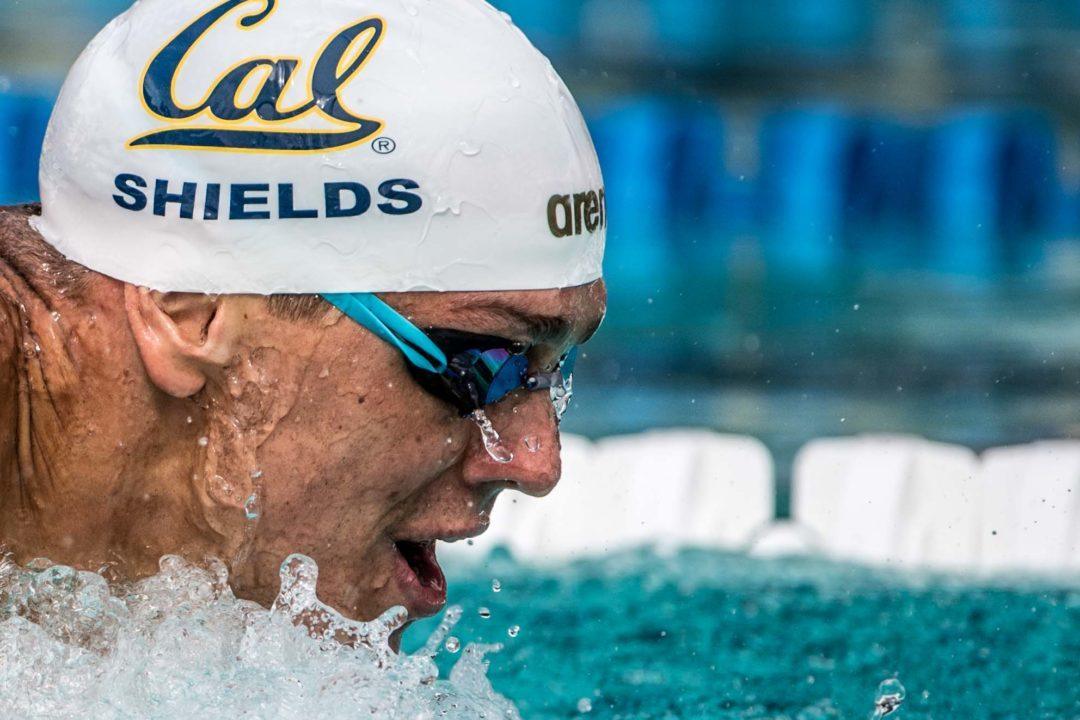 Tom Shields has decided to enter in 3 other events in addition to his specially fly races. Current photo via Mike Lewis/Ola Vista Photography

At this year’s Olympic Trials, Cal Aquatics post-grad Tom Shield has entered 5 total events – stretching his schedule beyond just the 100 and 200 fly where he’s raced the most internationally.

In 2012, Shields only swam the 100 free, 100 fly, and 200 fly. Shields placed 4th at finals in the 100 fly and 9th in semi-finals to miss the final heat by one spot in the 200 fly.The relatively heavy schedule is surprising, since Shields dropped his freestyle events at 2014 Nationals to focus on the fly. Shields at the time claimed that the key to his success in the fly events was the extra rest he received from dropping the free races.

This year’s Trials looks promising for the 24 year-old Cal Aquatics swimmer, as he is ranked 2nd in his best event, the 100 fly. The only swimmer seated ahead of him is Michael Phelps, who comes in with a time of just over half a second faster than Shields. Jack Conger is seated 3rd in the event and and Ryan Lochte‘s time puts him in 5th.

The 200 fly also looks hopeful for Shields, coming in ranked 3rd, only behind Phelps and Conger. Right below Shields is Tyler Clary who is closely followed by the Cal’s Andrew Seliskar.

Shields is not expected to place nearly as high in his other events, although they do bring some balance to his schedule. He is ranked 18th in the 100 free, 50th in the 200 free, and 141 in the 100 back. In short course yards, Shields is a former National High School Record holder in the 200 free and former NCAA Champion in the 100 back, though they’ve never been his focus in long course as much as it was in short course.

Shields may not hold on to all 5 swims, but he did swim the 100 free as a 3rd event at the 2012 Olympic Trials. That’s the most likely race for him to swim, depending on how the 200 fly semi-finals go.

I’m not trying to be a jerk but just noticed you guys said last year at trials.