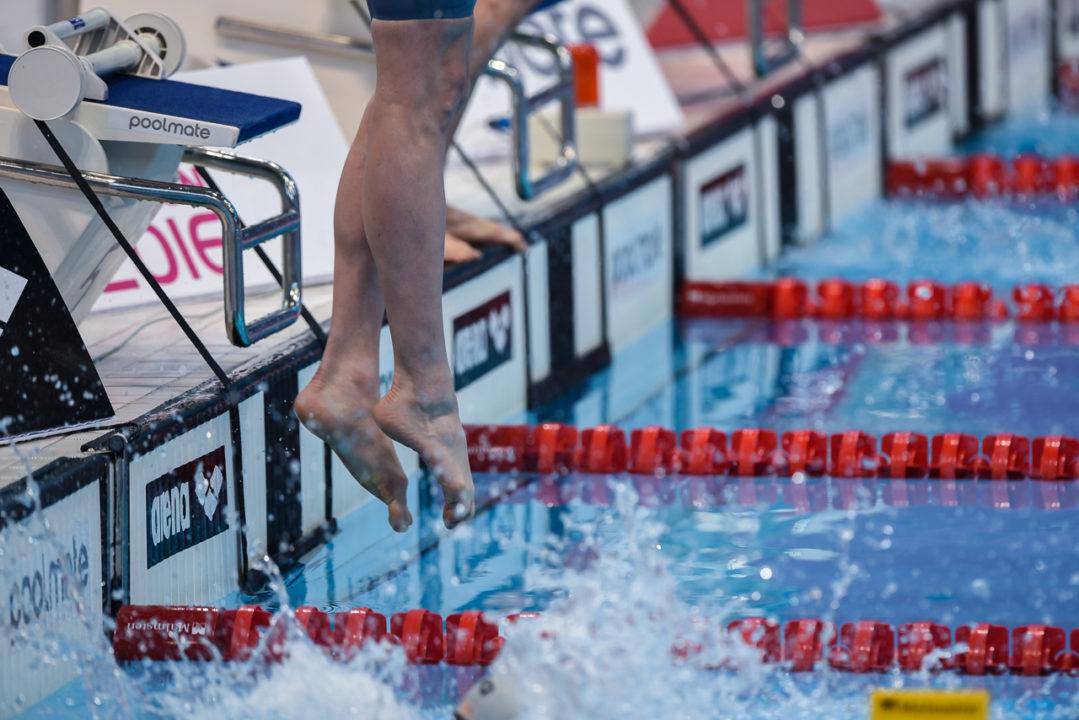 The Rockets will start the new year off with a challenging dual meet against No. 25 Ohio State on Jan. 4 in Columbus. Stock photo via Peter Sukenik/www.petersukenik.com

“I’m really happy with our schedule this season,” said Persson. “Having meets against very competitive MAC teams allows us to compete at a high level. We were able to add Ohio State to our slate, which is big step for us in the right direction. Our swimmers and divers are ready to step up and battle the Buckeyes. It will be a fun year for the Rockets!”

For the sixth-consecutive year, UT will open its campaign at the Tom Stubbs Relays in Bowling Green, OH on Sept. 30. Two weeks later, the Rockets will remain in the “Glass City” for its annual Blue and Gold intersquad meet on Oct. 15 in the UT Student Rec Center.

Rockets will re-enter the water on Alumni Weekend for the “Battle of I-75”; Toledo will head back down to Bowling Green to compete against the Falcons on Oct. 21. UT will then hit the road for dual meets against Mid-American Conference foe Eastern Michigan (Nov. 5) and Duquesne (Nov. 11).

The Rockets will then compete in the Zippy Invitational on Dec. 2-4, hosted by the 2016 Mid-American Conference Champion Akron.

The Rockets will start the new year off with a challenging dual meet against No. 25 Ohio State on Jan. 4 in Columbus.

The Midnight Blue & Gold will close out January when it hosts its only two home meets. UT will welcome Akron on Jan. 14 and Miami on Jan. 22. The dual meet vs. the RedHawks will also be the Rockets’ Senior Day.

Toledo will close out its regular season in Athens, OH when it battles Ohio on Jan. 28.

This is courtesy of University of Toledo Athletics.