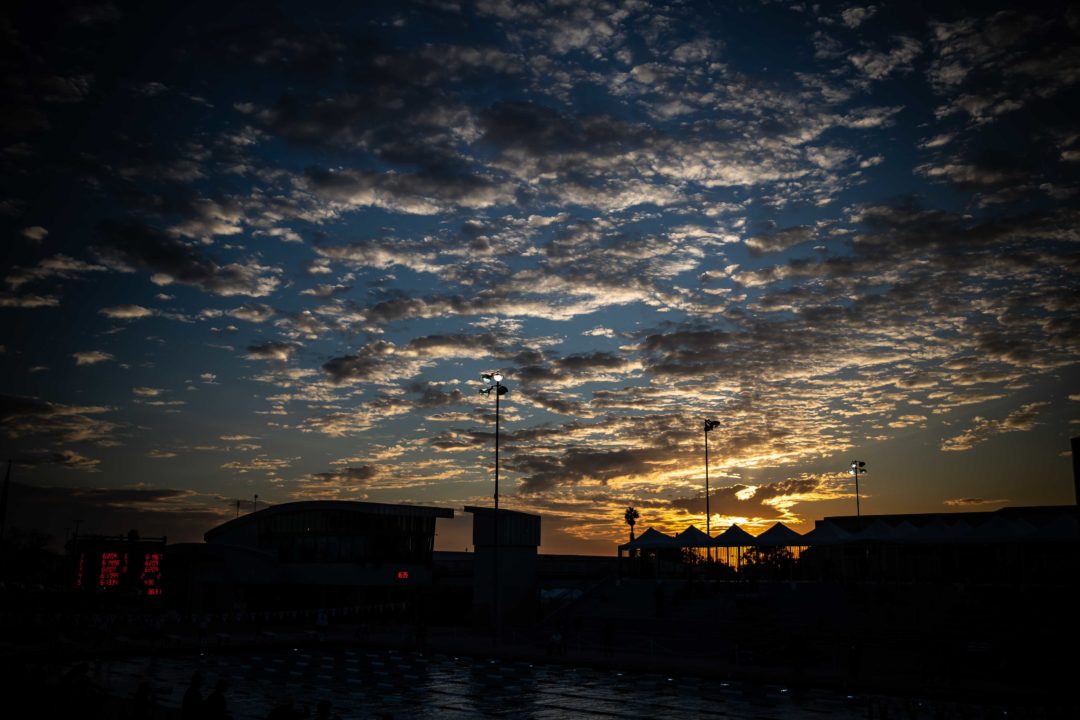 Yale alumnus Jimmy McLane, who won three gold medals across two Olympics and set a world record, has died at the age of 90. Current photo via Jack Spitser/Spitser Photography

Jimmy McLane, who won three gold medals across two Olympic Games, set a world record, was part of two Yale national championships teams and is a member of the International Swimming Hall of Fame, has died at the age of 90, according to local reports.

McLane was born in Pittsburgh, but spent most of his childhood in Akron, Ohio, where he quickly developed into a swimming star, winning an AAU swimming championships when he won the national long distance title at the age of 13.

Current swimmers who are used to the grind may find some solace is McLane’s description of his early days of swimming. “I remember waking up early everyday, before school to practice and then going right back to the pool after school,” McLane explained in this article from 2013.

He then moved east to attend Andover on a swimming scholarship. During his years at Andover, he traveled to Havana in 1946 with a team under Yale coach Bob Kiphuth that competed at an exhibition against a Cuban all-star team. According to this video clip, McLane swam a 9:44 in the 800m freestyle there, which would have been a world record, although that record does not seem to show up anywhere else.

He set an official world record in London as part of the USA’s 4x200m free relay team, which touched in 8:46.0 for the gold and the world record.

After high school, McLane again swam under Kiphuth at Yale, where the Bulldogs finished either 1st or 2nd at the NCAA Championships all four year of his career, with the team earning titles in 1951 and 1953. According to NCAA records, McLane won individual titles in the 220 yard and 1500 meter freestyle events his senior year.

McLane served in the US Army after graduating from Yale in 1953, but also kept swimming competitively for another two years. His final international meet came at the 1955 Pan American Games in Mexico City, where he won gold in his three main events: the 400m free, the 1500m free, and the 4×200 free. The 200m free was not a part of the Olympic schedule during McLane’s career, and wouldn’t be until 1968.

After the Army, McLane worked for Life Magazine and General Mills. He stayed active, despite being diagnosed with Multiple Sclerosis. He continued to swim recreationally well into his 80s, until being forced to give it up due to declining health. McLane was inducted into the International Swimming Hall of Fame in 1970.

Love learning the stories of these legends of years past. RIP jimmy. Sounds like a life well lived

What a fantastic life this man has had! And despite MS living until 90… and swimming into his 80’s. It really is the BEST sport.

I was able to do a telephone interview with Jimmy for my book on Kiphuth and Yale. Mc Lane first encounter with Kiphuth was at the 1944 National AAU outdoor long distance championships held at Williams Lake in Rosendale, NY – the Catskills Mountains at age 13. He defeated the great Hawaiian swimmer (Ohio State) Nakama. At the conclusion of the race (Jimmy won) Kiphuth came up behind him and put his finger on McLane’s neck and told Jimmy he was taking his recovery rate. He invited him to New Haven to meet Alan Ford.
The next year at the Outdoor meet long course he once again defeated Nakama in the 800 meter free. After that meet Jimmy called… Read more »