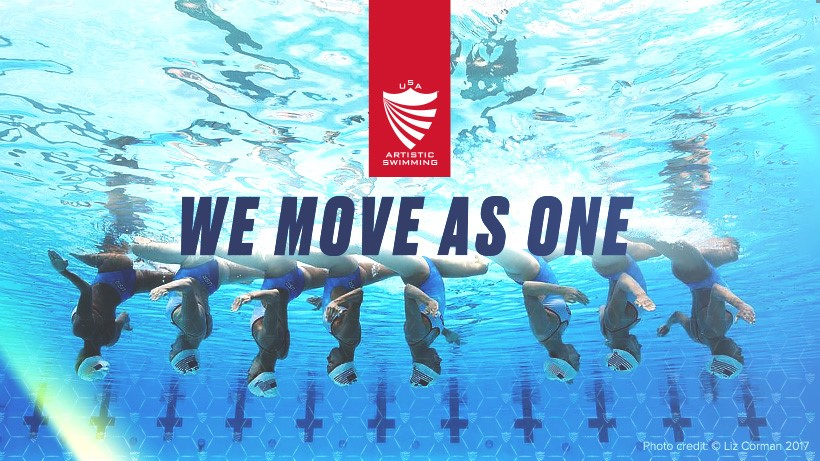 The selection event put the 28 competing athletes through a series of land and water skills, assessed technical elements, and required them to perform a routine. All components of the event were evaluated by a panel of FINA A judges and the National Team Coaches. All evaluations were averaged to achieve the final rankings and select the top three athletes that were invited to join the Senior National Team. Senior National Team head coach, Andrea Fuentes said she was incredibly inspired by the athletes that competed in the event, and she is excited to feel the support for her team from around the country.

“I think the spark that this team has is inspiring more and more athletes. We feel the support from the clubs and coaches, the excitement is growing, and it is the best gas to keep our engines on the top of their potential,” Fuentes said. “We want to congratulate all the coaches who made their athletes improve so much, and the athletes who worked so hard even when the conditions were lower than anytime. This is a sign of how much we adapt to difficult times and redirect our thoughts into a positive evolution regardless of the situation. Together we will be able to build a stronger future in this historical moment. Let’s move as one more than ever!”

The event was able to be safely executed thanks to the preparation of the National Team staff and the commitment and planning of everyone involved. But it is the commitment of the 28 athletes that was on full display. This was the most athletes at a USAAS Senior National Team selection event since 1999. USA Artistic Swimming CEO, Adam Andrasko calls the increase in numbers ‘the Andrea Fuentes factor.’

“It is a clear indicator of the hard work, passion and belief she has instilled into our program,” Andrasko said. “In a year and a half Andrea, along with the coaches and athletes of the national team have inspired so many athletes. Her way is different and that type of different is special.”

Below are the full rankings from the selection event:

Note: The top three athletes invited to join the team will have until August 17 to accept their position. If any position is declined the next highest ranked athlete will receive an invitation.