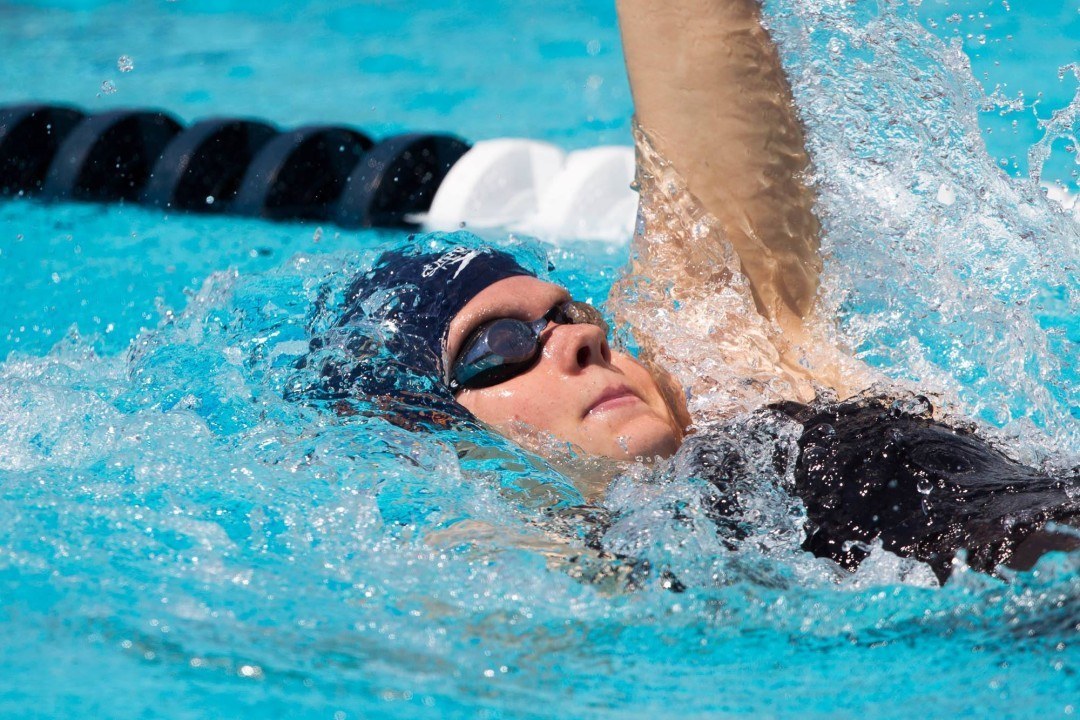 The Texas A&M women ended a 6-year SEC win streak for the Georgia Bulldogs, while the Florida Gator men held off a strong Auburn challenge to earn their fourth-straight conference championship. Archive photo via Tim Binning/TheSwimPictures.com

It was a breakthrough year for Texas A&M, with the Aggies winning their first-ever SEC swimming & diving title. Since joining the conference in 2013, A&M has been second to Georgia every year, but passed up the Bulldogs in 2016 on an exceedingly deep team effort.

Leading the way for A&M was Lisa Bratton, who took two individual titles in the 200 IM and 200 back.  Former distance freestyler Sarah Gibson converted to a butterflyer and impressed, winning the 100 fly title. Also winning for A&M were Bethany Galat in the 200 breast and Sydney Pickrem in the 400 IM.

Tennessee used its outstanding relays to lead for much of the meet, winning the 200 medley, 200 free and 400 free relays. Georgia dropped to third place, but did have arguably the top candidate for individual swimmer of the meet in Brittany MacLean, who won the 200, 500 and 1650 freestyles in her senior year.

Auburn and Missouri impressed, with the former moving from 6th last year to 4th this year, and the latter swimming in front of a home crowd to take 5th after finishing just 8th a year ago. Missouri also won its first SEC swimming title courtesy of Katharine Ross in the 100 breast. On the flip side, Florida dropped significantly, taking 6th after finishing 3rd last year. They did get an individual 100 free title from Natalie Hinds, though.

On the men’s side, Auburn was the big surprise, putting up much more of a challenge to Florida than expected. The Gators were too good to lose, though, with three titles and two American records from Caeleb Dressel boosting the program. Florida also won 4 of 5 relay titles, and took 2nd in the 400 free relay to close the meet.

Also winning for Florida was Pawel Werner, who took the 500 free.

Auburn won that 400 free relay to close the meet, the 11th year in a row they’ve won that relay. Michael Duderstadt swept the breaststrokes, Joe Patching won the 200 IM and 200 back and Hugo Morris took the 200 fly for the tough Tigers.

It was really a rise back to prominence for Auburn, which had won 16 consecutive SEC titles before Florida ended that streak in 2013. Auburn had fallen to third last year, but were back into the hunt up until the final day this season.

Georgia dropped to third after taking the runner-up spot last year. They did get multiple individual title, though, including Jay Litherland in the 400 IM and Matias Koski in the 200 free.

Really on the rise were the hometown heroes, the Missouri Tigers. Hosting their first SEC Championships ever, Mizzou place 5th, just 13 points back of Alabama. The Crimson Tide, meanwhile, earned that 4th-place finish with Connor Oslin winning the 100 back.

Tennessee was 6th, and though South Carolina stayed right at #7 just like last year, 2016 was noticeably better for that program, including an SEC title from miler Akaram Mahmoud.

Well earned by the Aggies and Steve Bultman – he’s one of the best!