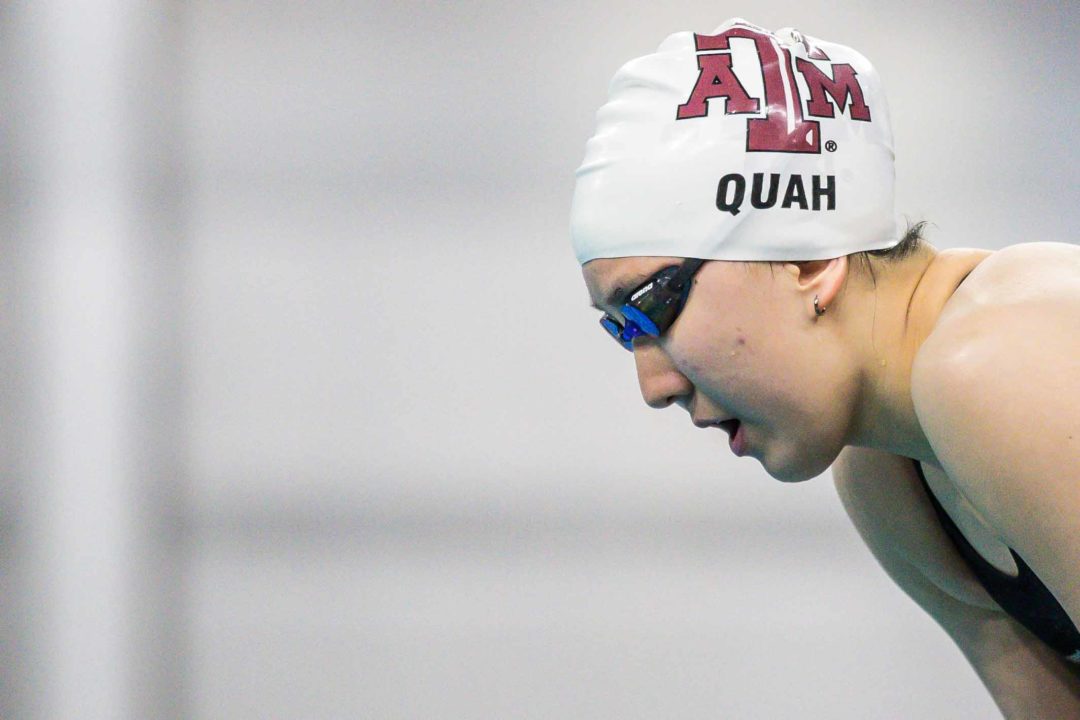 The Aggies are set to host Houston at the Rec Center Natatorium on Friday, January 15 at 4 p.m. Archive photo via Jack Spitser/Spitser Photography

BRYAN-COLLEGE STATION, Texas – The Texas A&M women’s swimming & diving team returns to the pool after a month away from competition. The Aggies are set to host Houston at the Rec Center Natatorium on Friday, January 15 at 4 p.m., and diving will be back on the boards on Saturday, Jan. 16 facing off against Houston again at 2 p.m. Both events will not be open to the public.

The Aggies tallied 38 first-place finishes during their fall slate. As a result, the Aggies open up their spring schedule boasting their ranking to the No. 12 spot by the College Swimming & Diving Coaches Association of America.

Senior Jing Wen Quah has been a top performer for the Aggies, earning nine individual first-place finishes so far this season in the 100 fly, 200 fly, 200 IM and 400 IM.

A&M and Houston went head-to-head in 2019, as the Maroon & White returned home with the dual met victory. Junior Emma Carlton placed first in the 50 free to aid the Aggies to a 175-116 win.

Last time out in diving, senior Charlye Campbell earned the top score in 1-meter event at the Art Adamson Invite and has tallied four individual top scores so far this season. Sophomore Alyssa Clairmont also scored the highest on the platform dive to close out the Invite. Junior Chloe Ceyanes, who won the 3-meter event at the invite, and Clairmont have both claimed two top-three spots so far this season.