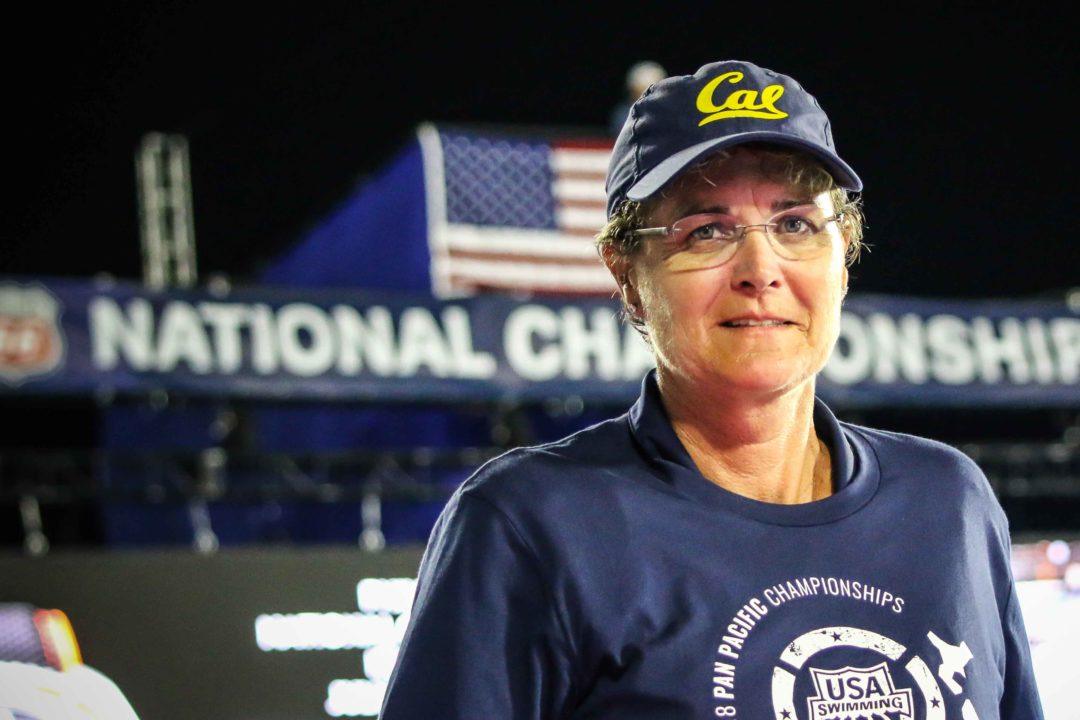 Prior to the passing of Jim Wood, USA Swimming's National Team Steering Committee had elected Teri McKeever as its chair and representative on USA Swimming's Board of Directors. Archive photo via Jack Spitser/Spitser Photography

Prior to the passing of Jim Wood, USA Swimming’s National Team Steering Committee had elected Teri McKeever as its chair and representative on USA Swimming’s Board of Directors.

USA Swimming says that change was made in November. McKeever becomes the first woman in USA Swimming history to hold the title of chair with the National Team Steering Committee. The steering committee is a collection of mostly coach and athlete representatives who oversee USA Swimming’s National Team program.

USA Swimming’s site says the committee has a maximum of 10 members, though more ‘ex-officio’ members can be added as well. USA Swimming provided the following list of names who are on the steering committee as of January 2019:

11 names are current coaches, while 11 more are various officials with USA Swimming and/or the National Team Division.

McKeever joins the Board of Directors as one of four women. Based on USA Swimming’s website, as of September 2018, the Board was made up of the following:

That’s a good add. Not sure what I think about Salo being on the list. Too many PED athletes from his program.