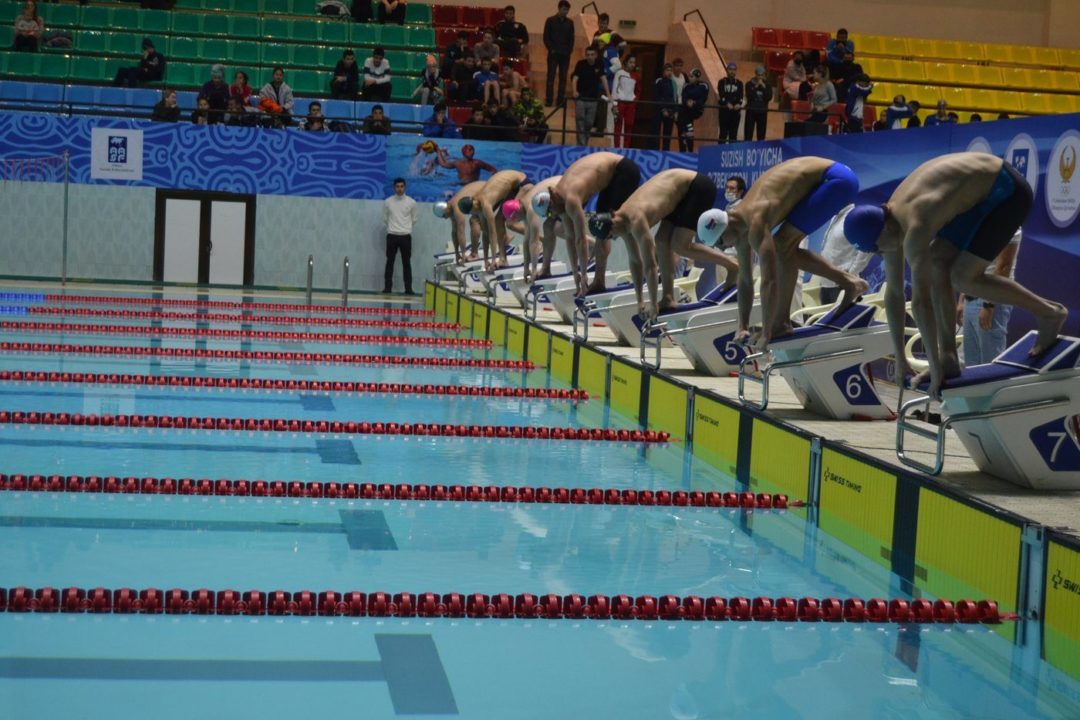 University of Tennessee fifth-year Aleksey Tarasenko will be one of two swimmers representing Uzbekistan at the 2022 FINA Short Course World Swimming Championships in Melbourne, Australia.

Tarasenko will be joined by 18-year-old Eldor Usmonov, who will make his second appearance on the Uzbekistan team at the SC Worlds after also racing last year.

Tarasenko has competed in two international competitions in the last year. Over the summer, he raced in the 100 and 200 free events at the FINA World Championships in Budapest. There, he broke the long course meters national record in a time of 49.35, finishing in 31st. He went a 1:49.87 in the 200 free, placing 34th.

Tarasenko transferred to the University of Tennessee from the University of Iowa in 2021 when he was entering his senior year. He came to his decision after Iowa cut the swimming & diving program that year. By the end of his time at Iowa, Tarasenko held program records in the 400 and 800 free relays, and he was #2 in the 100 free and #3 in the 50 and 200 free in the program’s all-time ranking list.

At the 2022 SEC Championships, Tarasenko contributed to Tennessee’s tie for second place with the University of Alabama. This finish was the program’s best performance at the SEC Championships since 2001.

Uzbekistan teammate Usmonov specializes in sprint fly. Just like last year, he will be racing in the 50 and 100 fly at this edition of SC Worlds. His best times posted at the previous SC Worlds are not too far off the Uzbekistan records: