Tennessee Men Sign Game Changer from Australia For Fall of 2013. 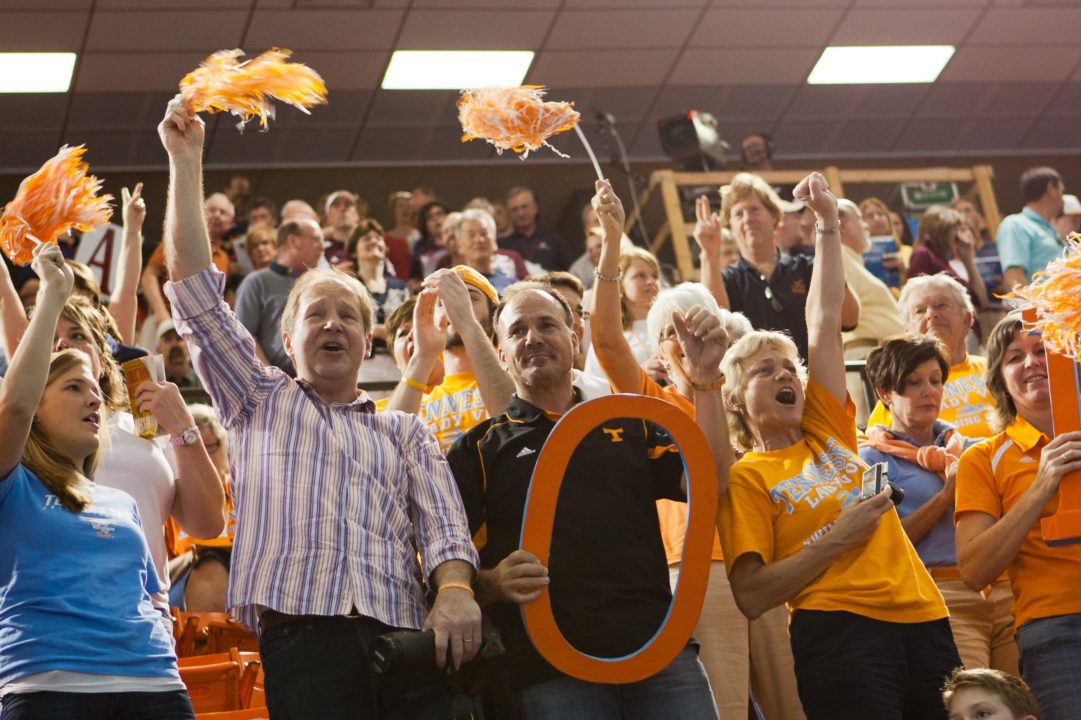 Though we’re only a week shy of the opening period for coaches to have more free contact with the class of 2014, Tennessee has snuck in one last signee for the class of 2014. Hold on to your seats for this one.

The Tennessee men have earned a signed commitment from Luke Percy, an 18-year old Australian. Haven’t heard the name yet? You will. At this year’s Australian Age Group Championships, he was 22.2 in the long course meters 50 freestyle and 49.3 in the long course meters 100 freestyle. He’s also been 54.4 in the 100 fly. He trains at the Southport Olympic club that has become a hotbed of sprinting in Australia, including the production of teenage Olympian Cameron McEvoy.

“I made this decision after meeting head coach Matt Kredich in May,” Percy explained. “Matt was the type of man that was genuine and honestly wanted to give me the best he could and make the best possible team he can.”

Percy feels as though the NCAA environment gives him the best opportunity to improve and make that leap from one of the world’s best junior swimmers to one of the world’s best senior swimmers. “The decision to join a college swimming program was because I love team environments where gathering a whole bunch motivated and talented athletes to get the best possible results and I’m keen to start.”

His best times convert to 19.3 and 43.0 in the 50 and 100 yard freestyles. If those conversions hold up, he could score two A-finals at NCAA’s as a freshman, and become a huge relay game-changer for the Volunteers. Percy’s times make him likely the fastest long course freshman commit in NCAA history.

This should rapidly accelerate the rebuilding process for Matt Kredich and the Tennessee coaching staff. The men and women were combined last year under Kredich’s leadership after a tumultuous two seasons, and despite losing some big names, they produced well above expectations during championship season in 2013.

Though Ed Walsh has exhausted his eligibility, Percy will overlap for one year with the likes of Sam Rairden and Oystein Hetland for one year, plus Swedish sophomore Gustav Lejdstrom for three; they were three-fourths of Tennessee’s 13th-place 200 free relay at NCAA’s last year; and with Tristan Slater the Vols also return three-fourths of their 400 free relay.

If things go well for him during the transition, it’s hard to see a scenario where the Tennessee men don’t improve on their 16th-place team finish from last year.

Percy joins a recruiting class that had been largely focused on distance swimmers – including potential NCAA freshman scorers Evan Pinion and David Heron.

I think the 3rd paragraph says it all,Matt Kredich is an incredible coach and more importantly a great mentor!

At 2010 USA Jrs, Vlad went 22.13, and 49.07, a month before arriving at SC. I might be a little off on the hundredths, but I’m too lazy to check. I’m pretty certain that’s the fastest NCAA freshman in LCM out of HS. The 22.44 was at 2008 Jrs, which was done when Vlad was recently turned 16, which I believe is one of the more impressive performances of his that is extremely overlooked. Even with the LZR, that’s a crazy time for a (just turned) 16 year old.

Nice commit. This guy has to be one of the fastest recruits ever. Anyone know how many guys have been faster than :22.2 LCM? How fast was Vlad coming out of high school?