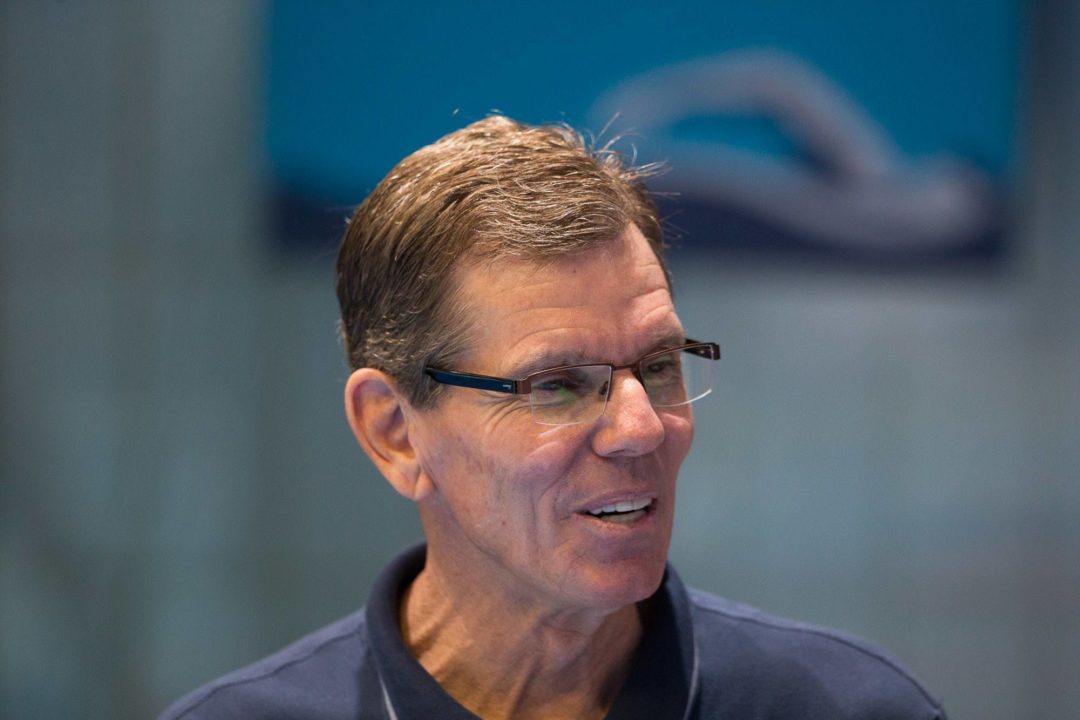 Frank Busch is THE coach of the United States. See who else Tim Binning caught at the Nat on the eve of the 2013 U.S. World Championship Trials. (Photo: Tim Binning/TheSwimPictures.com)

There is going to be plenty of time to look after shots of swimmers over the next 5 days, but as anticipation builds for the start of the 2013 U.S. World Championship Trials in Indianapolis, Indiana on Tuesday, let’s take a quick moment to check out some shots that Tim Binning got of coaches on Monday during warmups at The Nat.

The staff of the North Baltimore Aquatic Club, including the living legend Bob Bowman (left). The North Baltimore crew brings a cobbled-together training group that includes Chase Kalisz, Allison Schmitt, Megan Romano, and Conor Dwyer, all of whom have come to Bowman and his staff in the last few months to complete their training for Trials. (Photo: Tim Binning/TheSwimPictures.com)

The Spaniard Sergio Lopez of the Bolles School in Jacksonville, Florida produces scores of Division-1 level talent; among them is future Cal Bear Ryan Murphy, who could qualify in any of three backstroke races for Worlds. (Photo: Tim Binning/TheSwimPictures.com)

Dick Shoulberg, the heralded coach of Germantown Academy, is a master of the distance freestyles. Rachel Zilinksas is among his top charges at this year’s Nationals. (Photo: Tim Binning/TheSwimPictures.com)

I think Sergio Lopez would much like to go to his hometown of Barcelona with Ryan Murphy. Good luck to them.