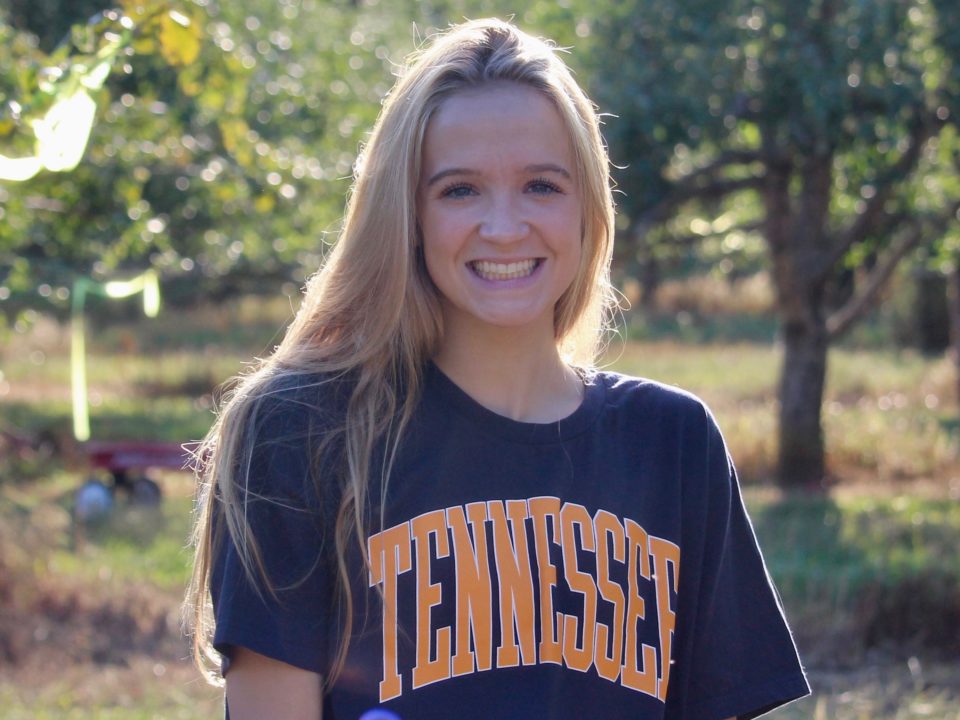 Harper, a Tennessee commit, went on to win the 100 back in a new meet record of 54.28. Stock photo via Olivia Harper

The Mount Desert Island High School girls brought home the Maine Class B state title last week, winning the meet handily. Mount Desert didn’t claim the most event titles of any team at the meet, however, they had at least one swimmer finish in the top 8 in every event.

Both Harpers teamed up with Natalie Emmerson and Fiona Cashman in the 400 free, where they ended in a tie with Cape Elizabeth HS at 3:45.58. Olivia Harper led the Morse squad off in 51.27, opening up a huge lead over Cape Elizabeth, whose lead-off Ali Bragg swam a 57.82. Natalie Emmerson went next for Morse, splitting a 58.35, while Cape Elizabeth had Bella Eremita in 57.98 on the 2nd leg. Cape Elizabeth’s splits got messed up on the 2nd half of the race, but Grace Taylor and Caroline Mahoney combined for a 1:49.78 on the final 200. Morse was brought home by Fiona Cashman in 1:01.00, and Haily Harper in 54.96.

Caroline Mahoney, a Bucknell signee, won the sprint freestyles for Cape Elizabeth. Mahoney swam a 23.54 in the 50 free, touching first by 1.5 seconds. The time stands as a new personal best for Mahoney, who came in just off the state record, which is held by Olivia Harper at 23.33. Mahoney also won the 100 free, swimming a 51.43 to touch first by over 3 seconds. She has a personal best of 50.92.Mahoney was also a member of the winning Cape Elizabeth 200 medley relay, which won a very tight race over Morse. The Morse relay actually out-split Cape Elizabeth on the backstroke, breaststroke, and freestyle legs. Olivia harper led Morse off in 25.38, followed by Haily Harper (30.09), Kaleigh Gingrow (31.13), and Natalie Emmerson (25.95) for a 1:52.55. Cape Elizabeth got the better of Morse on the fly leg, where their flyer, Emma Frothingham, split 28.20. Mahoney led Cape Elizabeth off in 26.36, Ali Bragg swam 31.27 on breaststroke, and Bella Eremita anchored in 26.64, touching in a final time of 1:52.47.