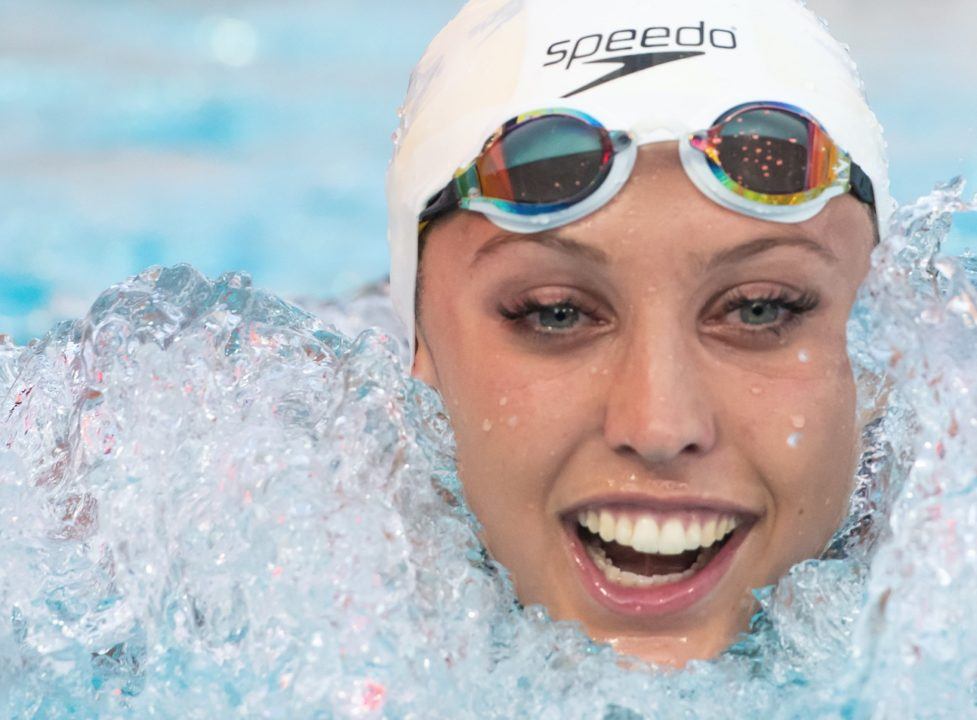 That will mostly be in the form of members of the Team Elite training out of UCSD.

National Teamers Kendyl Stewart and Kathleen Baker will both race in their first meet since the Pro Swim Series stop in Knoxville in early January. This will be a rare yards meet for the pros; Stewart will race the 200 IM and 200 free, while Baker will swim the 200 IM and the 100 fly. That means that neither swimmer will swim their top event, which for Stewart is the 100 fly and for Baker is the 100 back (she’s the World Record holder in long course). The 200 IM is, however, part of Baker’s typical national/international lineup still.

Jacob Pebley will also race at the meet, swimming a more primary meet lineup: the 100 back, 200 back, and 200 free. He’s seeded with long course times, having nut swum yards recently, so he’s well down in the psych sheets, but will be the favorite in all three races.

Other Team Elite Members at the meet:

Team Elite does not train out if UCSD

MA should buy Mitt Romney’s old house in La Jolla with the car elevator . Just a click & your preferred car is conveyed down – very handy for early morning practice .