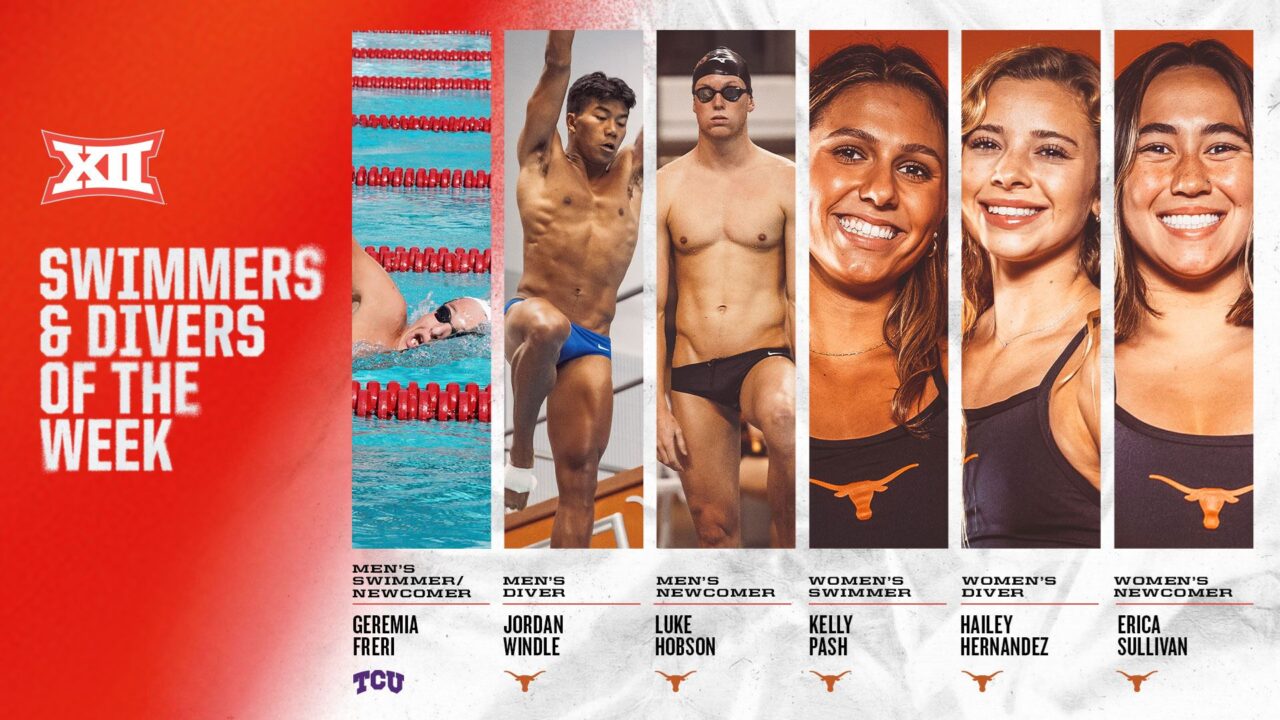 Hernandez procures her second Big 12 Women’s Diver of the Week award in a row. The freshman swept both events in College Station capturing the 3m with a score of 383.70 points and winning the 1m with her score of 328.73 points.