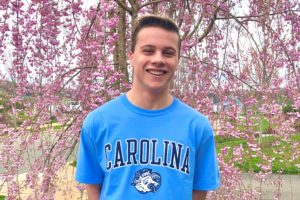 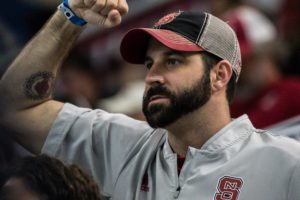 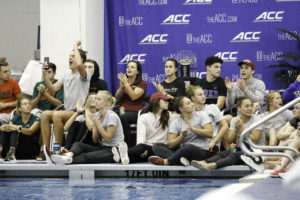 In-state butterfly/backstroke specialist Jenny Bird has verbally committed to the FSU Seminoles for 2021-22.

The second day of the 2015 Janis Dowd Nike Cup left the Duke men with a comfortable lead, however, their female counterparts will have a hard day of racing tomorrow to hold on to their lead over UNC-Chapel Hill.

North Carolina State’s Alexia Zevnik leads the pack in the 200 IM on the opening session of the 2015 Janis Dowd Nike Cup hosted by University of North Carolina at Chapel, NC.

With one of just three returning 18-second 50 freestylers in the nation and a loaded sprint corps, NC State looks to overcome a successful yet heartbreaking 2015 postseason.

Five members of the NC State men’s swimming and diving team and four members of the women’s squad from the 2014-15 season were named Individual Scholar All-Americans.

Ryan Murphy sits atop the country in this event this year, and he isn’t too far from the 1:36.81 American record set back in 2007 by Mr. Lochte.

The NC State Wolfpack celebrates its 25th ACC Championship Title, its first since 1992.

Simonas Bilis may not be the top seed in the 100 free, but his 41.30 split from the 400 medley relay last night suggests that he has a big swim coming up.

Braden Holloway and the NC State Wolfpack will add a second Stuart brother to their roster.

In a matter of months, Caeleb Dressel has become a household name in swimming. He will try and help the Florida Gators win NCAA titles over the next four years.

State champions seem to be a part of the Stuart DNA as the Stuart brothers rake in five to lead Regis to its fourth straight team title.