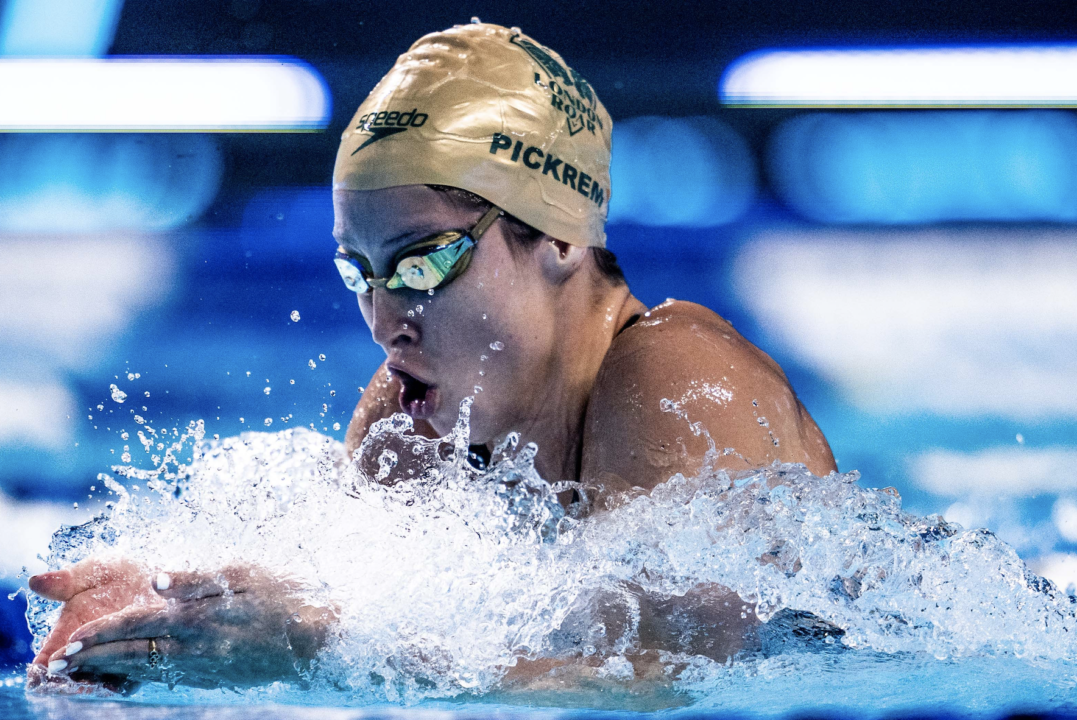 The London Roar captained registered a time of 4:25.90 to take a half-second off of Mary-Sophie Harvey's 2016 mark of 4:26.42. Current photo via Mine Kasapoglu

In a session that had no shortage of record swims, London Roar captain Sydney Pickrem got in on the action in the women’s 400 IM, resetting a four-year-old Canadian Record in a time of 4:25.90.

Pickrem’s swim broke the previous mark of 4:26.42, set by Mary-Sophie Harvey back in December of 2016 at the Ontario Junior International meet in Toronto. Harvey is competing in the ISL this year for Energy Standard, but has strayed away from racing the 400 IM in recent years.

Pickrem won the race by over three and a half seconds, with Cali’s Hali Flickinger the runner-up in 4:29.52. Margalis was absent after leaving the ISL bubble, and won’t compete in the playoffs.

Harvey doesn’t appear to have an obvious path to making the Canadian Olympic team absent building on her previous 400 IM strength. Perhaps on the 4×200 free relay or getting the FINA A standard in the 200 fly (where depth in Canada isn’t great)?

I think I saw a post where her training options were very thin until she arrived there, so the fact she is progressing thru this past month in a handful events is promising.
400im, 200im will be very deep and tough at 🇨🇦 trials. 200fly does seem to be the best path for her and she did win it at world champs trials could yrs back. She has also been on a 4×2 worlds team before so a depth option there also possible.