Sydney Pickrem Doubles Up on Night 2 of Austin Sectionals 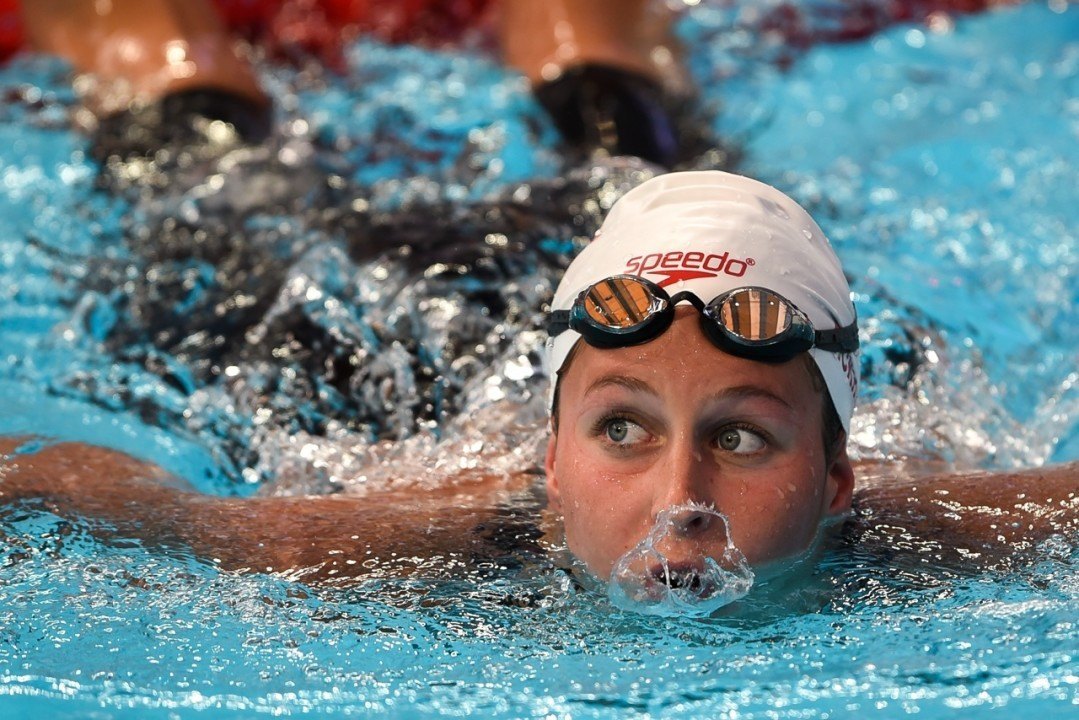 Rising Texas A&M sophomore Sydney Pickrem went 2-for-2 tonight at the Southern Sectional meet in Austin, posting wins in the 200 breaststroke and 400 IM.

Pickrem was 2:29.25 in the 200 breast, dropped nearly six seconds from prelims, and won by almost three seconds over her Aggie teammate Franko Jonker. A native of South Africa, Jonker was 2:32.16 with a near five second drop from prelims.

In the 400 IM, Pickrem found the wall first by ten seconds, clocking a 4:45.16 for her second win in as many swims. This is one of her two races that she’ll be competing in this August at the Olympics for Canada, with the other being the 200 IM.

The closest race of the night came in the men’s 400 IM, where Beau Fusilier held off a late charge in the final 50 from Matthew Willenbring. Fusilier touched at 4:32.11, just ahead of Willenbring’s 4:32.17.