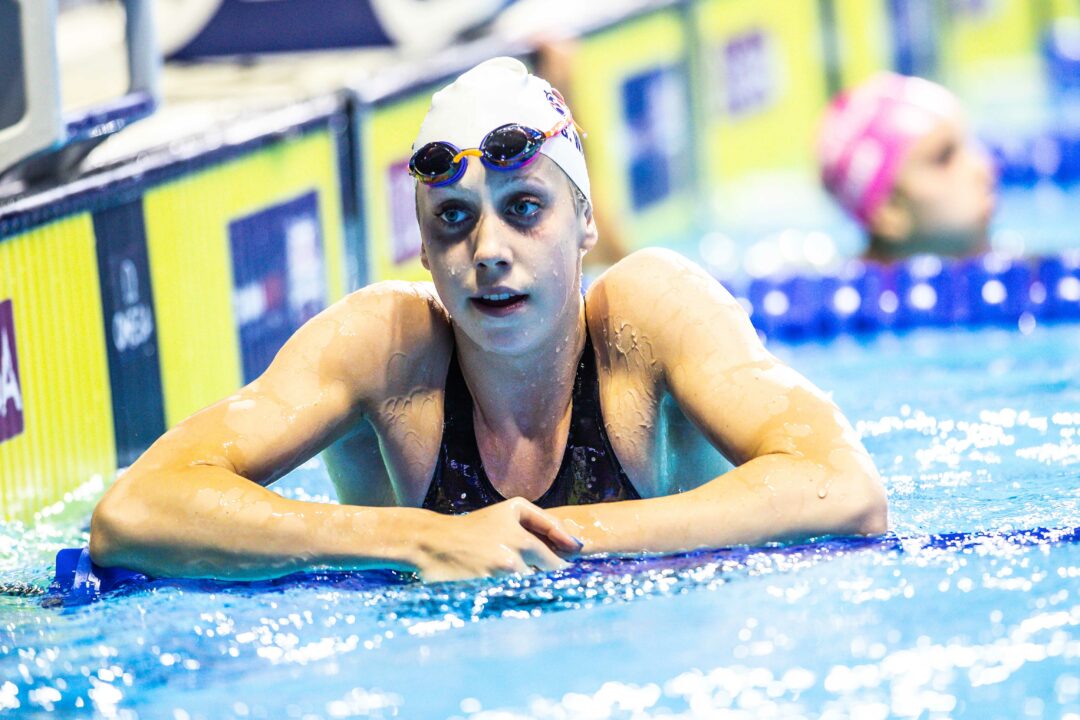 Walsh has had a scorching start to her first NCAA season at Virginia, setting lifetime bests and leading the nation across different events. Archive photo via Jack Spitser/Spitser Photography

Our most recent poll asked SwimSwam readers which female freshman swimmer has impressed you the most so far in the NCAA season:

Question: Which female freshman swimmer has impressed you the most so far early on in the NCAA season?

Gretchen Walsh was the clear number one choice with more than 75 percent of the votes, which checks out given that she has been a highly-touted NCAA prospect for years and came out guns blazing in her first few meets.

It was at the beginning of October when Walsh immediately made her presence felt in college swimming, competing at the University of Virginia’s Orange vs Blue intrasquad meet in Charlottesville.

The meet consisted of some off-distance events, but it did feature the 50 freestyle, where Walsh threw down a time of 21.63—taking second to reigning NCAA champ Kate Douglass (21.48)—in what was the fifth-fastest swim of her career and just .02 shy of her quickest showing in 2021.

That time from Walsh, done on October 2, would’ve been sixth in the 2021 NCAA final.

Both backstroke times are new lifetime bests, and the 100 free time ranks her first in the NCAA this season.

The other options were Letitia Sim, who had a standout performance for Michigan at the SMU Classic, and Marlene Kahler, who won the women’s 500 and 1650 free at the USC Invitational in her Trojan debut two weeks ago.

Below, vote in our new A3 Performance Poll, which asks: Would you support ISL athletes holding out from competing in the playoffs if they haven’t been fully paid for last season?

This was never really a fair poll… sub-21 relay split and a 23.69 50 back? These are in the running for all-time most impressive early-season freshman swims- male or female.

I voted for Sim, not because Walsh is not extremely impressive. But Walsh is doing as expected. Sim already has lifetime bests very early in the season. The is VERY impressive. Reminded me of Maggie MacNeil who set the varsity record the first time she swam the 100 fly.