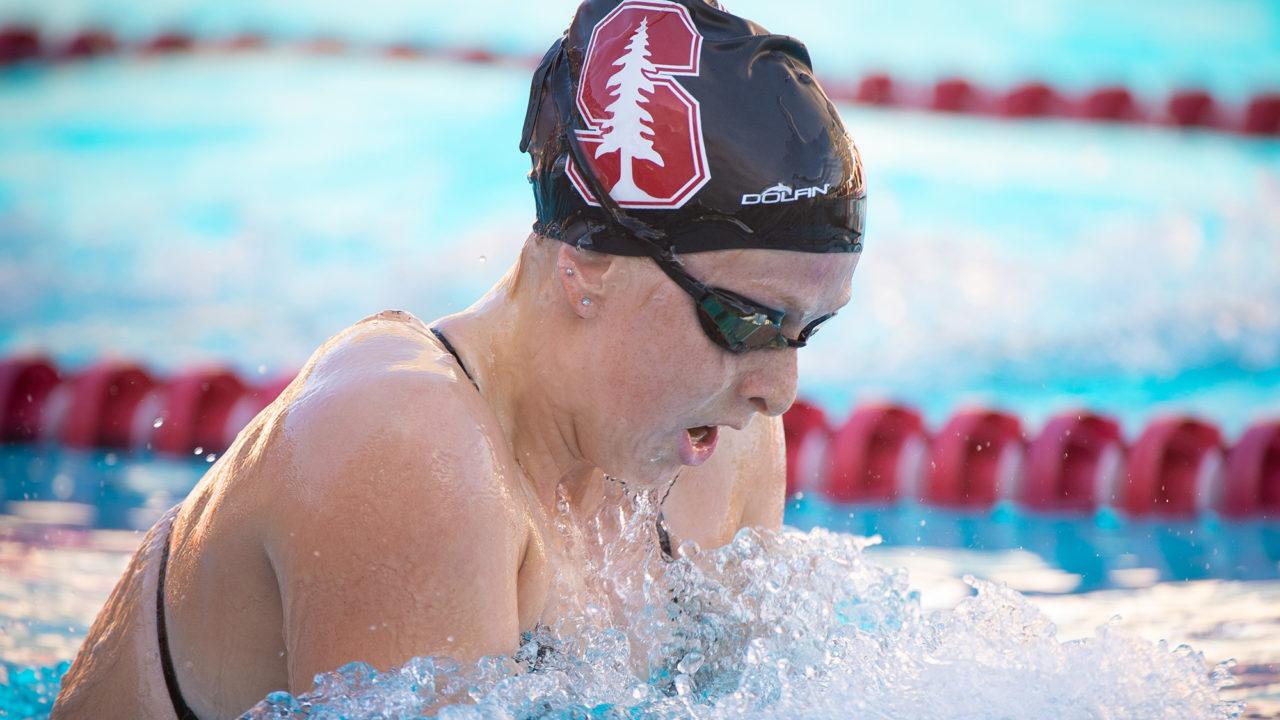 Just under 60% of voters opposed the idea of the NCAA widening its scoring margin and scoring down to 24th place. Archive photo via Stanford Athletics

Our most recent poll asked SwimSwam readers if the NCAA should move its scoring format down to 24th place to mirror most of the major Division I conferences:

Question: Should the NCAA score down to 24th place for each event?

Just under 60% of voters opposed the idea of the NCAA widening its scoring margin and scoring down to 24th place.

We floated the idea earlier in the month as nothing more than a discussion point. It was posited somewhat in response to some unique conference outcomes – depth-based teams being rewarded with runaway conference wins, while more top-heavy teams remained the bigger NCAA threats. (The Indiana women beating Michigan in the Big Ten was a key example). That phenomenon has brought about some interesting discussion among fans as to whether such a win should be considered an upset – we projected Indiana as legitimate candidates for the Big Ten title, even though they’ve never come close to Michigan in our overall power rankings – or whether conference standing should affect our own power rankings, which we focus more on NCAA Championships viability.

In a way, swimming has several different competition venues that value vastly different things. Dual meets force a team to be well-rounded – an event with no strong swimmers will bleed points, while a loaded event is capped at only 3 scoring swimmers per team, and a max of 16 points. That leads to the often odd outcomes in the CSCAA’s regular “dual meet” poll rankings, which ranks out dual meet strength but often flies in the face of true NCAA viability.

Then there’s the conference level, where the Big Ten, ACC and SEC now score down to 24th place along with the Pac-12 women. The Pac-12 men and Big 12 men and women continue to score down to 16th. The broadened scoring format values depth much more, and with no entry caps or floors for any specific event, a team can benefit from having 5 good 100 freestylers even if they have no milers.

At the NCAA level, the very top-end talent are the only ones who can put points on the board. Scoring at NCAAs has become ridiculously fast. Scoring down to 24th wouldn’t necessarily change that, but would open up opportunities for more teams to put up points, and perhaps for teams to reap more points from their top-end depth: the elite swimmers who aren’t quite national-level studs, but who are fast enough to earn NCAA invites and swim well on the big stage.

One complication is that, on the men’s side, only about 30 swimmers are invited to NCAAs per event. More will enter with B cuts, but scoring down to 24th even further exacerbates the trend in men’s swimming: that merely making the NCAA invite list is the most difficult part, while scoring isn’t as huge a step (time-wise) as just being invited.

Below, vote in our new A3 Performance Poll, which asks voters their predictions for women’s NCAAs:

The major advantage of scoring to 24, and therefore increasing the number of teams that pick up a point, would be to increase the value a swimming & diving team would bring to their department, and either slow or hopefully reverse the trend of cutting teams. Unless you score points, your team isn’t officially credited with an NCAA appearance, and gets no Director’s Cup points (which measures overall department success based on NCAA appearances and success). We should not be in the business of making it more difficult for coaches to sell their teams to their own administrations, and instead, should be finding ways to help. This would do that. What’s an easier sell? “We took five kids and two… Read more »

Great point. Never thought of that. If it will help keep swim teams alive, I’m all for for this change.

I totally agree! Bringing home points are a killer reas on for deeper scoring.

What if you kept the basic scoring system the same, but added a point for a morning swim fast enough to make any of the finals?

I am in favor of the scoring to 24. This is not my #1 reason why, but it is probably the best reason to expand the scoring. Every conference does it (Pac10 men and BigXII have obvious reasons not to since they can barely fill up a console heat in some events) so why not do it at NCAAs?

Love it AND drop the number of athletes per school down to 10-12 maximum with divers counting as a whole person. This would distribute athletes and make a much more competitive meet. We would also find some great coaches!

should only score top 8