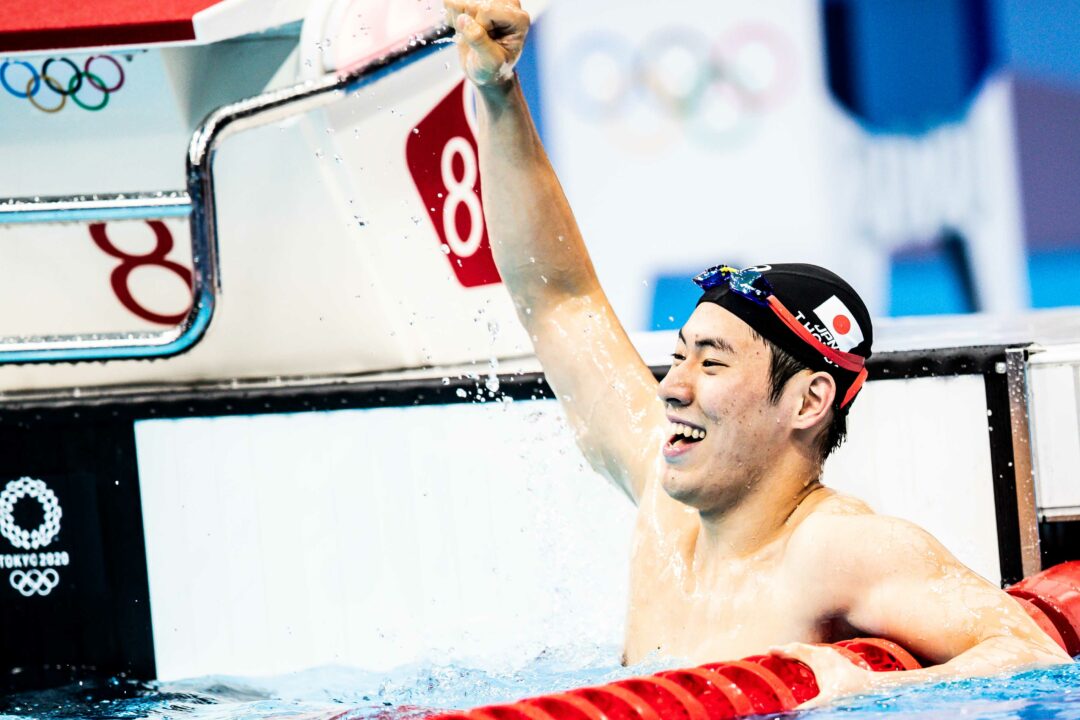 Our most recent poll asked SwimSwam readers which world record swim was most impressive:

Question: Which SCM world record swim was most impressive?

In a span of one week, three short course meter world records fell by the wayside, and all by significant margins.

At the Chinese Championships five days later in Beijing, Li Bingjie knocked more than two and a half seconds off the world record in the women’s 400 freestyle, clocking 3:51.30 to erase Ariarne Titmus‘ 2018 mark of 3:53.92.

When we look at the stats, all three stack up very similarly. While Ledecky’s margin over the previous world record is eye-popping, when we break it down on a per 50-meter basis, it actually slightly trails the other two records in terms of margin, and it also lags slightly behind on the FINA point table.

In the poll, 52 percent of readers selected Honda’s record in the 200 fly, and it’s hard to argue with. Chad le Clos first went sub-1:49 in 2013, clocking 1:48.56, and for nine years we saw le Clos, Seto and Tom Shields go 1:48-something nine more times, and it seemed like that was the threshold where this record would sit for some time—or at least until LCM world record holder Kristof Milak put his focus on short course.

29 percent of readers picked Ledecky’s world record, which seems low given that she took down the old record, regardless of distance, by nearly 10 seconds. However, of the three records, Ledecky’s was the only one anyone could’ve predicted prior to the competition she was racing in, given her dominance in LCM and the fact she had never contested the SCM version of the event.

Li’s 3:51.30 world record trails but still picked up nearly 19 percent of votes. It was an incredibly impressive swim, especially when we consider she did it by negative-splitting the race. Also we have to factor in that Ledecky and Summer McIntosh went head-to-head in the same event a few days later in Toronto, and while they were also under the old world record, were still a full second and a half back of Li.

Below, vote in our new A3 Performance Poll, which asks: Who was the biggest surprise performer of the 2022 FINA World Cup?

Honda won with his VTEC power.

Look at the FINA points and the margin per 50 metres. Honda wins both.

Does anyone know what the highest FINA points swim ever is? Is there anyway to calculate historical swims? I assume Mary T, Janet and Thorpe’s best swims would be thresholds…

I was honestly expecting Beata Nelson to perform well. She’s a known talent in short course, and she doesn’t have any major international meets lined up right now thanks to current selection procedures.

Wouldn’t say that. The 200 LCM fly is a MUCH more hotly contested event, the SCM version has rarely had top talent taper down for it. MP would have held the record had there been a reason to race it in 2005-2008 seriously .