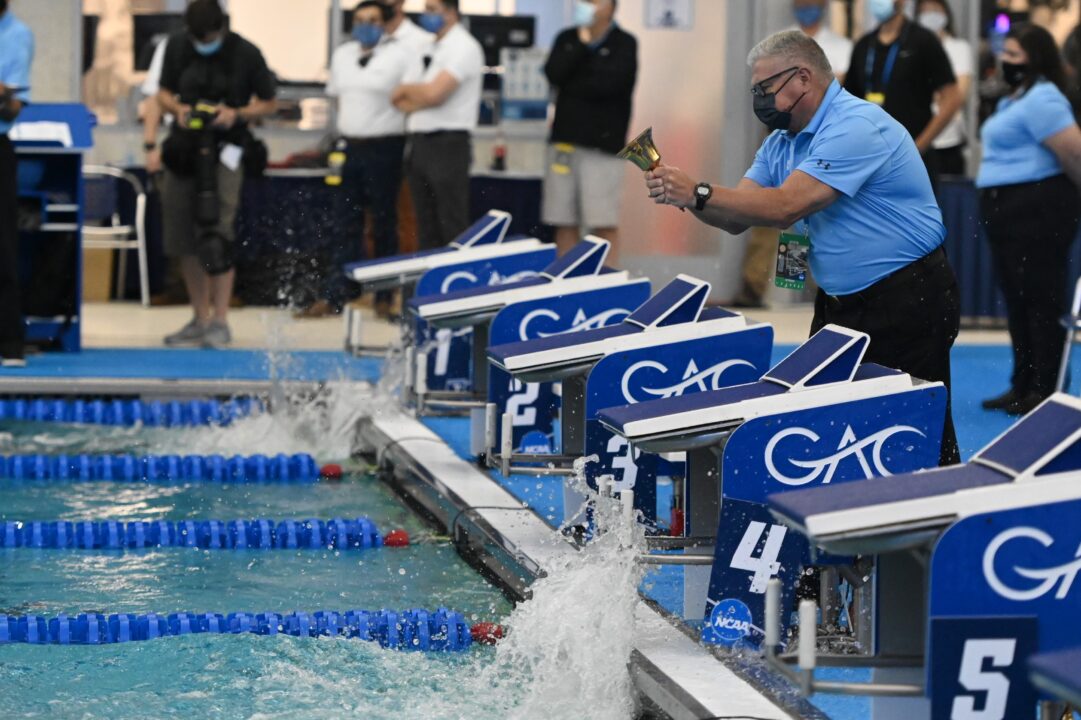 Our most recent poll asked SwimSwam readers for their thoughts on a proposed NCAA rule that would allow each athlete unlimited entries in regular-season college duals, triangular and double-dual meets.

Question: Should NCAA swimmers get unlimited entries at dual meets?

About half of voters opposed the rule change. Opening up meets to unlimited entries would almost certainly increase the value of top-level swimmers, who could swim huge event loads and still place highly in most swims. On the flip side, it could strip away some parity from college swimming, with superstar recruits carrying even more value.

On the flip side, 26.5% supported unlimited entries. Some fans have said they’d be excited to see top-level swimmers get to branch out into more events and more crowded schedules in the regular season. It would also create the opportunity for some unprecedented heroics, like winning 6 events en route to a team dual meet win, or swimming five of the last seven events to carry the scoring load for a team.

Meanwhile almost as many voters (23.6%) just didn’t care about this rule change proposal. That group is probably some mix of more internationally-oriented fans who often don’t follow the U.S. NCAA system or yards swimming in general very closely and college swimming fans who don’t put much weight on regular-season and dual-meet outcomes. That second group would appear to include a good number of NCAA coaches, too, as college coaches have generally been very loathe to put much importance on dual meet wins in the past. The rule change would not affect championship meets like conference championships or the NCAA Championships.

Below, vote in our new A3 Performance Poll, which asks voters to pick which of the following three swimmers is most likely to defend their 2016 Olympic titles five years later: