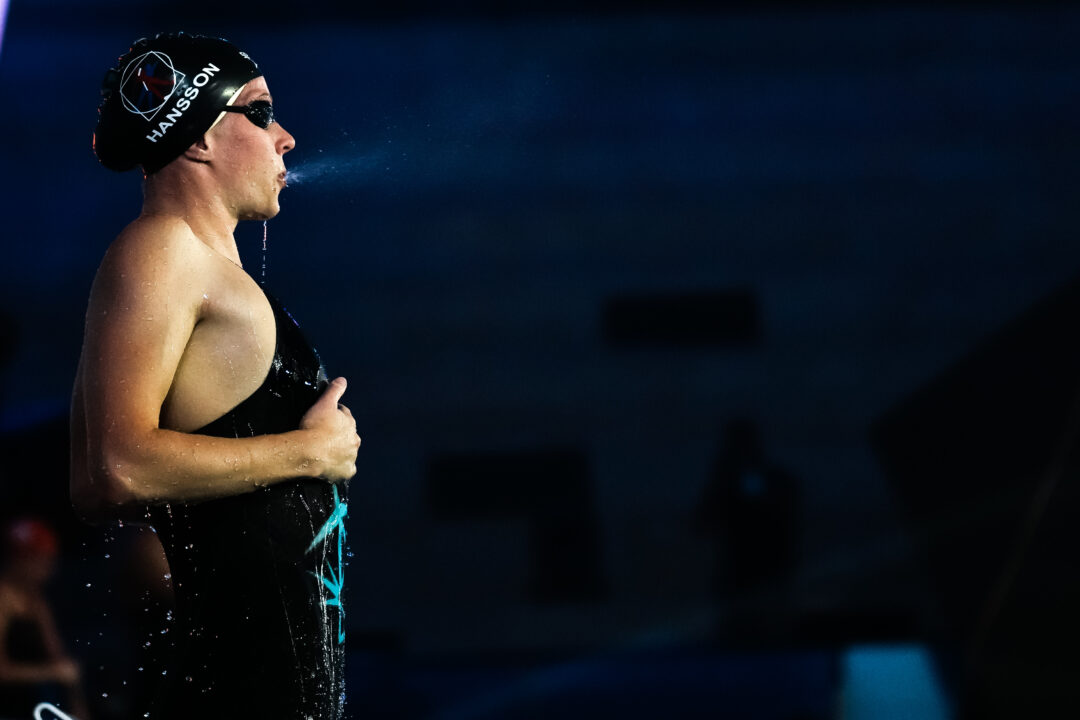 Our most recent poll asked SwimSwam readers which swimmer was the biggest breakout performer of the recently-wrapped Short Course World Championships in Abu Dhabi:

Question: Who was the biggest breakout performer of the 2021 SC World Championships?

This poll turned out to be one with a more wide range of opinions than usual. In fact, the leading vote-getter, Louise Hansson, received just over 30 percent of picks, the lowest total for a first-place poll option in all of 2021.

This can be attributed to a number of factors, led by the fact that there were so many swimmers able to ‘break out’ with not all of the world’s best in attendance—though several of them were.

There’s also an argument to be made that swimmers such as Hansson, Shaine Casas and Claire Curzan had already ‘broken out.’

Hansson and Casas are both multi-time NCAA champions, and Hansson was an Olympic finalist this past summer in the women’s 100 butterfly, placing fifth.

Curzan has been breaking U.S. national age group records left and right over the last number of years, and placed 10th in the 100 fly at the Tokyo Games shortly after turning 17.

Even Canadian Joshua Liendo, who ranked second in the poll with 24.1 percent of votes, was an Olympic semi-finalist in 2021.

But, none of these swimmers had emerged on the international stage the same way they did in Abu Dhabi.

Hansson had been a star at USC, but internationally, always seemed to swim in the shadow of Swedish teammate Sarah Sjostrom, due in part to the fact that their best event was the same: 100 fly.

But at SC Worlds, Hansson broke through on her own, winning a surprise gold medal in the 100 backstroke which was likely the primary reason why she topped the poll.

Hansson also won an individual silver in the 100 fly and an individual bronze in the 50 back, and swam backstroke on both of Sweden’s winning medley relays, tying the world record in the 200 and cracking the European Record in the 400.

Liendo edged out Casas for second in voting, making his first appearances on a major international podium by winning a pair of bronze medals in the men’s 50 free (20.76) and 100 free (45.82) at just 19 years of age. He also swam the lead-off leg on Canada’s gold medal-winning mixed 200 free relay, putting up a blazing opening 50 of 20.94.

Casas received 23.6 percent of votes, winning his first career World Championship title in the men’s 100 back (49.23), upsetting former world record holder Kliment Kolesnikov in the process, while also winning silver in the 200 back and collecting a total of four relay medals.

Casas was well known in the U.S., but hadn’t yet had the opportunity to perform at the highest level internationally.

Curzan, who took on an incredibly busy schedule at SC Worlds and walked away with six medals, also breaking the World Junior Record in the women’s 50 and 100 butterfly, earned 15 percent of votes.

China’s Tang Qianting, 17, earned seven percent of votes after winning an upset gold medal in the women’s 100 breaststroke. Tang finished 10th in the event at the Tokyo Olympic Games.

Below, vote in our new A3 Performance Poll, which asks: Which head-to-head Olympic showdown was better?