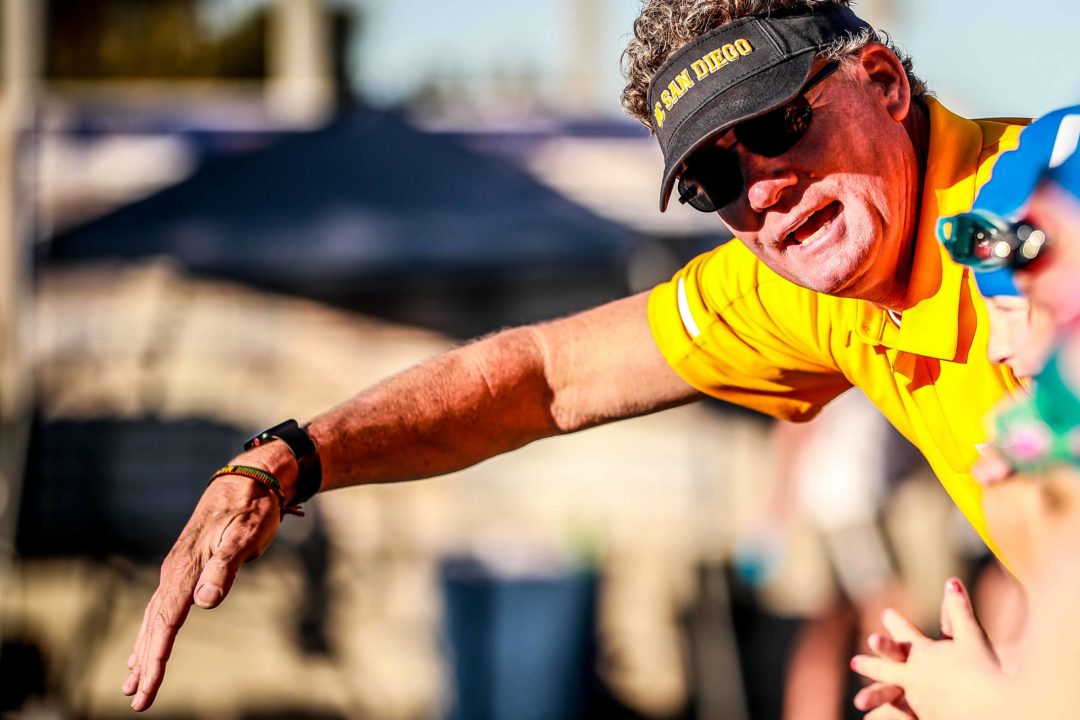 We sat down with 2016 Olympic head coach David Marsh and picked his brain on how small changes can make huge differences, especially when you want them to Current photo via Jack Spitser/Spitser Photography

We sat down with 2016 Olympic head coach David Marsh and picked his brain on how small changes can make huge differences, especially when you want them to. Marsh has a history of working with athletes for a very short amount of time and it making a big difference.

This first started with none other than SwimSwam Co-founder Mel Stewart, as Mel went to train with Marsh for 8 weeks in the summer of 1990. Marsh made technical changes with Mel, and the next January in 1991, Mel broke his first world record in the 200 fly in 1:55.69.

Marsh goes in-depth about other athletes he’s trained to success, including Cullen Jones, who was a toss-up to make the 2008 Olympic team heading into Trials, but who stormed his way onto the team in the 4×100 free relay.

Thoroughly enjoyable. Edifying as well! Nice to hear Marsh give shoutouts to Richard Quick and Bill Boomer. At the 31’ mark, he mentions swimmers getting more “man-strength.” A month ago, Michael Andrew mentioned that one benefit (for him) of delaying the Olympics a year was that he’d have more “man-strength.” Probably true. I wonder what specific “small things” Marsh could do with MA if he had him for 8 weeks.

interesting…. I bet MA and his dad would do a training camp with Marsh.

they live a few miles from each other, sounds very doable

Speaking of coaching someone in a short time frame to new heights, in 08 Marsh coached the D3 champion in the 50 from 2003 to a 20th place finish at Olympic Trials with only 5 months of training.

Podcast was awesome! More about Mel & less about Coach Marsh