Swimming’s TopTenTweets of the Week: #1 Happy 30th Birthday to the Greatest Ever 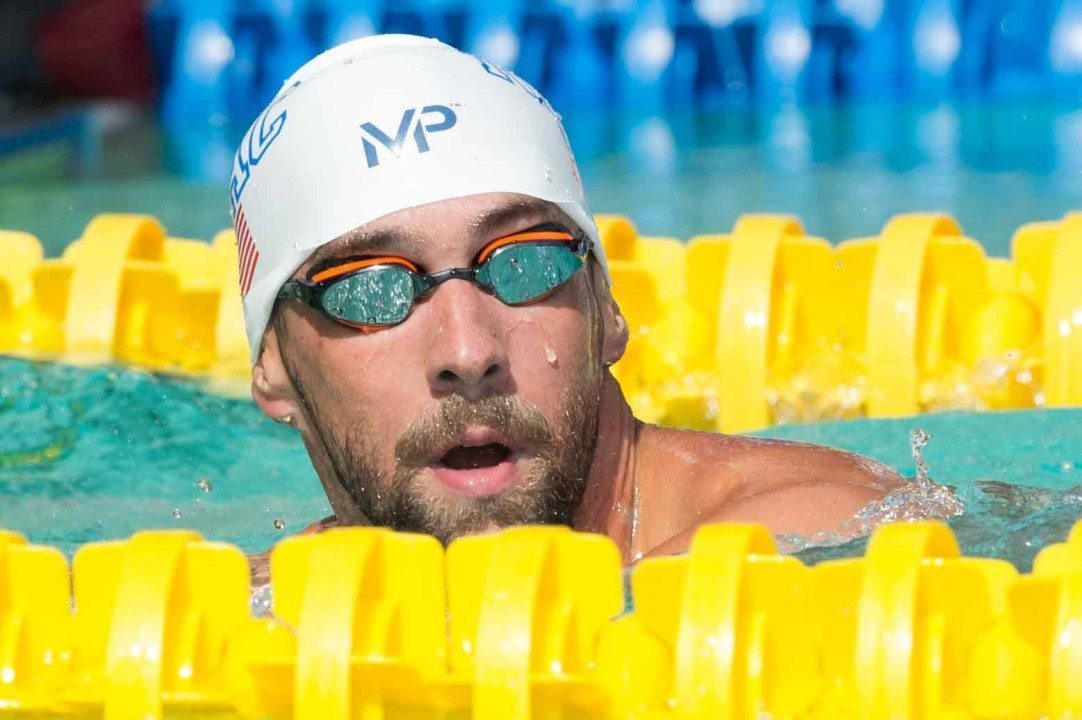 Phelps Phelps Phelps. He's 30 now, but will be looking to add more hardware to his collection of Olympic Medals which is now 22-deep. Archive photo via Mike Lewis/Ola Vista Photography

Thanks for stopping by our third edition of swimming’s TopTenTweets of the week! Did YOU make the list? Check below to find out.

Thanks @a3performance for the cap!! Getting very excited for a big summer ?????? pic.twitter.com/zGBEBndDeK

This won’t be Ivy Martin‘s first time on the international stage. Recently named the University of Wisconsin female athlete of the year, Martin will be competing in the 50 meter freestyle at the 2015 Kazan World Championships.

I often get asked why I chose to live in America. I just ate a triple cheeseburger with peanut butter and jelly on it, for under $10… ❤️??

Dan Wallace, who competes for Great Britain internationally and won the gold medal in the 400m IM at the 2014 Commonwealth Games, swam for the Florida Gators in the U S of A. Americans definitely do it big; though I don’t think I would condone eating a burger with PB&J.

How can you dislike Missy!? The world record holder in the 200m backstroke won the Collegiate Women Sports Award (CWSA) Honda Cup this week, which is given to the female college “athlete of the year.”

I think we’ve all heard something along the lines of this. I’m also familiar with “why did you shave your head, you look ugly,” “your suit is too small,” and “why do you always have practice?”

Didn't think the 4th of July would start out so rough, but…. Merica?? pic.twitter.com/sJqGdDVfJ1

Yeesh. That is all.

We’re not sure what happened here, exactly, but this is a great opportunity to remind backstrokers: know your count from the flags to the wall.

Here’s a sweet shot of SwimMac Elite’s Kathleen Baker, whose getting ready to represent the United States at the 2015 Kazan World Championships. There are less turns in the big LCM pool, which means swimmers must maximize their efficiency off every wall to get an edge on the competition. Baker, who smashed through the 1:00 barrier for the first time in the 100m backstroke with a 59.86 at the 2015 Arena Pro Swim Series at Charlotte, is set to swim that event with fellow American Missy Franklin.

TAPER WON'T YOU COME MY WAYYYYYYYYYY…

Not sure if rapper Fetty Wap knows what taper is, but this swimming-friendly remix of his song “My Way” is certainly appropriate as championship season is getting into full swing.

One month till World Championships in Russia #TaperIsComing

This might help answer the plea above. Conor Dwyer comes in cool with a Game of Thrones “winter is coming” reference, and he speaks the truth. The World Champs are certainly drawing nearer; you can see Dwyer tearing it up in the 200m free and 200m IM as well as on the freestyle relays for the Americans.

Michael Phelps is 30 today, which means his Sydney 2000 Olympic debut was half a lifetime ago. http://t.co/YUefIhCFch pic.twitter.com/xwof60lR9C

The greatest ever, Michael Phelps, turned 30 on June 30th. Happy golden birthday, Michael! Who remembers this swim from all the way back in Sydney?