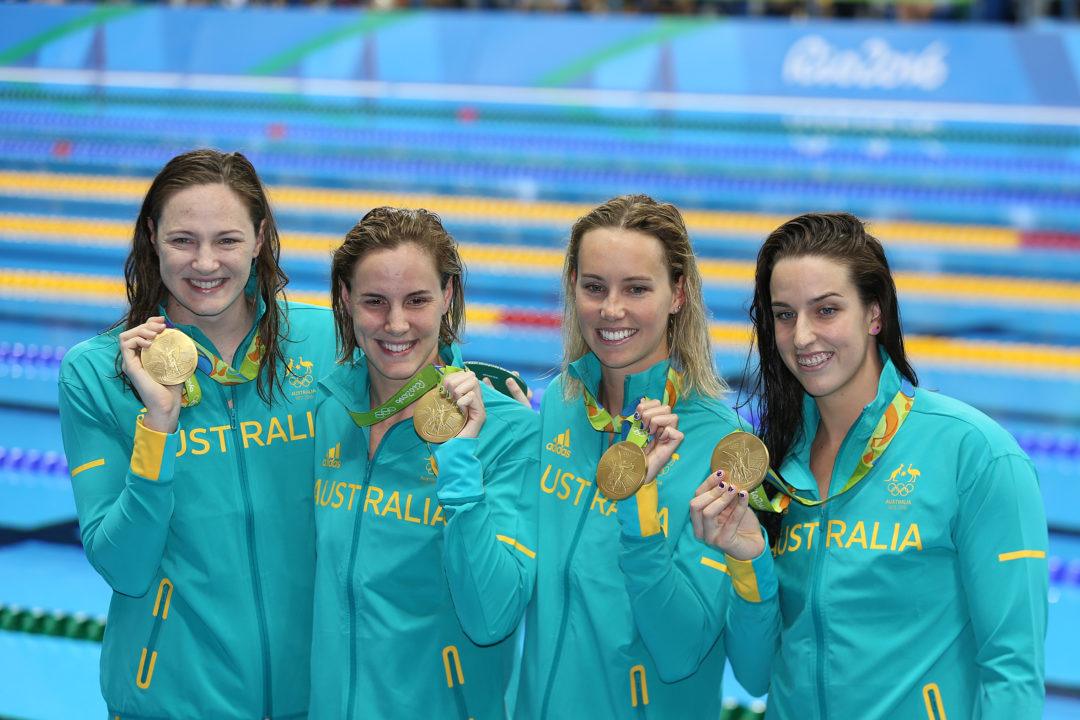 As the Australian federal government seeks ways to reduce costs, the funding allotted for some Olympic sports, including Swimming Australia, may shrink. Archive photo via Simone Castrovillari

At the 2016 Olympics in Rio, the United States saw its best overall medal haul since the 1984 Games in Los Angeles. In contrast, the nation of Australia suffered its worst Summer Olympic outing since claiming just 27 medals in Barcelona back in 1992. Despite being pegged to earn a top 5 finish among nations in Rio by its national Sports Commission, Australia nabbed just 29 medals to finish 10th in the overall standings.

That fact may come into play as the Australian federal government seeks ways to reduce costs by possibly cutting back on funding allotted for some Olympic sports, including Swimming Australia.

With past governmental cost reduction initiatives, the Australian Sports Commission (ASC), which is the organization responsible for distributing government-granted money, has been able to absorb cuts via internal workforce reduction and efficiency. Still, the monetary contribution has been shirking with each passing year. The government contributed $264 million in 2014-15, $250.7 million in 2016-17 and is expected to dip to the $216.1 million mark by 2019-20. (Adelaide Now)

As such, according to ASC Acting Chief Matt Favier, the sports body can ‘no longer guarantee grants to national sporting organizations would be maintained at existing levels.’

Favier told Adelaide Now, “It’s inevitable we need to consider all elements, including grants (to sport governing bodies) … there’s a tipping point where that may not be possible for us to continue to be able to pursue the things we think are important as an organisation.’’

Although no specific sports federations have been named as a target for this reduction in funds, Favier can’t deny that the overall Aussie result in Rio will come into play.

“There is no doubt that there were some situations where we didn’t achieve our pre-games expectations and we want to understand the reasons why,’’ he said.

A spokesperson for Sports Minister Sussan Ley conveys that the Australian government still has a “commitment to high- quality sports programs.”

“Future funding will be considered in due course through the appropriate budgetary processes,’’ the spokesperson said.

The nation is still undergoing its post-Rio review, which includes taking a look at the ASC’s Winning Edge program. The Winning Edge program was implemented by the Australian Sports Commission post-2012, with an aim of prioritizing funding towards sports that have the higher probability of success. In essence, the idea is that the sports receiving funding must reach certain measurable targets in order to justify the long-term investment.

With the Aussies’ less-than-spectacular outing in Rio, the Winning Edge has come under fire from some influential voices within the nation’s swimming community. As we reported last month, AOC President John Coates is quoted as saying that the ASC’s practice of placing businessmen as the heads of Olympic sport has failed.

What would have fixed their problem would have been athletes performing somewhere near selection standards. I have paid for courses & failed & did not get a refund .I once also had a govt funding & failed also & it was not renewed. I had to go get a job.

Let’s add some numbers to this report. Lakeisha Patterson and Maddison Elliott receive $35k PER ANNUM via Winning Edge. Matt Abood received $5k. Both these 17 year old stay at home school kids can be proven to be cheats, cheats supported by various Swimming Australia athlete support staff – including 3 Olympians. Videos proving Lakeisha Patterson have been sent to Minister Ley, Matt Favier, Mark Anderson and Boatd member Nicole Livingston yet no action has been taken by anyone. In fact, Lakeisha Patterson is being actively promoted by Swimming Australia as a sport success story. It’s unbelievable and utterly disgraceful by those responsible for sport governance in Australia to treat Australian tax payers as idiots. Mark Anderson, Matt Favier and… Read more »

Welcome to the real world. It’s time to work harder and produce at the big championship events. Tough love is the perfect Medicine.