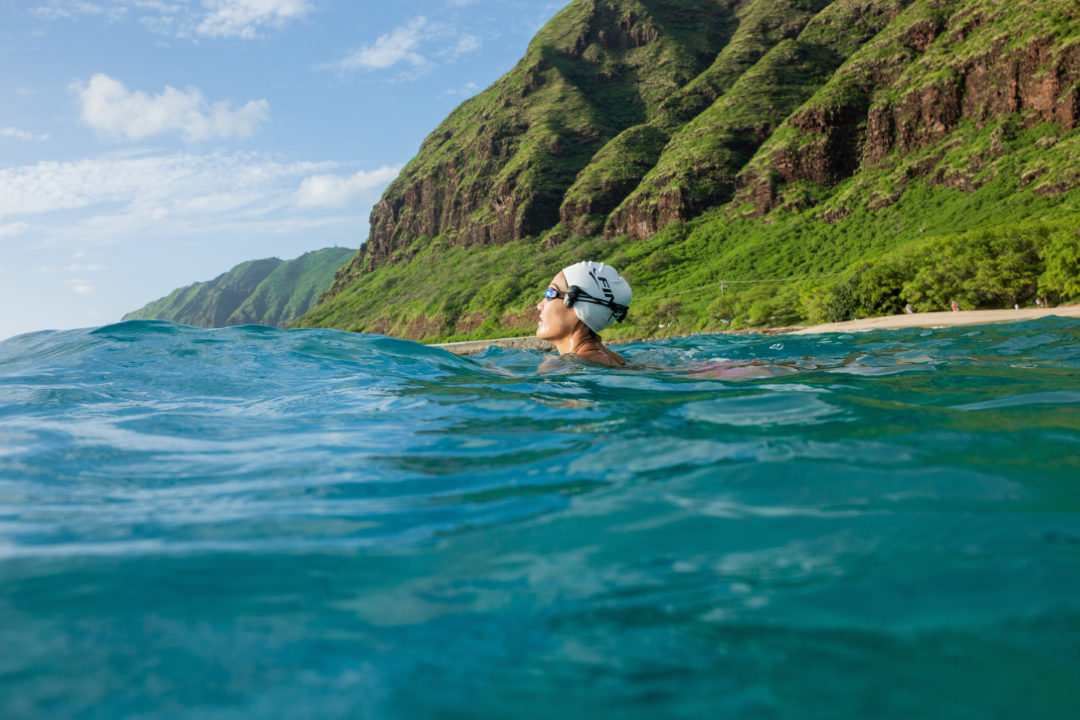 Open water swimming is vastly different to pool swimming, so please take caution when deciding to take a dip in the ocean Stock photo via Finis

Countries across the world are urging their citizens to take care when swimming in the open water after a recent spike in drowning deaths has been recorded in America, Australia and the United Kingdom.

With the majority of pools still closed, more and more people are taking to the sea/ocean to swim, which has led to an increase in reports of people getting intro trouble and needing assistance.

Last week, the body of former WWE professional Shad Gaspard was recovered on Los Angeles’ Venice Beach after he was caught in a rip current that pulled him more than 50 yards out to sea. The tragic incident occured after he went swimming with his 10-year-old son, Aryeh, who was rescued safely by lifeguards.

In the UK, Prime Minister Boris Johnson eased lockdown restrictions on May 11th which allowed people to once again partake in open water swimming. After this, Swim England released a statement which advised “only competent and experienced open water swimmers use this form of exercise”.

Keri-Anne Payne, Olympic silver medalist in the 10km freestyle, took to her instagram after the announcement and strongly advised people that “now is not the time to learn” how to swim in the open water.

With Boris stating that we can increase our outdoor activities in England and with Open Water Swimming being names as one of the sports it’s filled me with some worry and here’s why…. 🏊 Open water swimming is a risky sport, don’t get me wrong I know I’ve been out on this planet to get more people into the open water but now is not the time to grow the sport. It should be done in a safe coached environment where there’s no worry of catching illness from the coach or others around you 🏊 The water is still pretty cold at the moment so there’s a risk of getting cold water shock if you’ve not been in cold water before – you can also get cold water shock if you wear a wetsuit so don’t think that covers you 🏊 If you are NOT a competent open water swimmer NOW IS NOT THE TIME TO LEARN! 🏊If you are a competent open water swimmer have you considered all the risks to you, the safety personal & (goodness forbid!!) if anything goes wrong the risk of burdening the NHS I have weighed up all the risk and FOR ME they outweigh the benefits of open water swimming right now, so I won’t be going open water swimming anytime soon. If you do feel the need to go PLEASE PLEASE check the latest safety and Covid guidelines from the governing bodies of our sport & safety @rnli @rlssuk @swimengland @brittri #staysafe #nowisnotthetime #mypersonalfeelings #openwaterswimming

In Australia, the Australian Swim Schools Association (ASSA) has expressed their concern over the closure of learn to swim schools and the possible knock-on effect of increased numbers of drownings this summer.

ASSA CEO Ross Gage told ABC News: “There is a concern if we can’t get children back into the pool soon, we will see a tragic spike in drownings over summer”.

Understandably, people are eager to visit beaches and swim in the ocean as the lockdown eases. LA County beaches saw an estimated 800,000 visitors between May 15th-18th, which meant lifeguards and medics were kept extremely busy over that weekend.

However, open water swimming is vastly different to pool swimming as there are a lot more variables that must be considered. Cold water shock – which is a particular risk in water cooler than 15°C/59°F – the current and strong waves are all factors that are not present in pool swimming.

The World Health Organisation states that roughly 320,000 deaths occurs from drowning each year, so consider all the risks involved before deciding to take a swim this summer.

Even as a sub 2-hour 10k swimmer, I never feel comfortable swimming in open water alone. Some people think that if they’re good swimmers, they’ll be fine, but you never know. And if you’re suddenly in trouble 200 yards from shore, it doesn’t matter how good a swimmer you are.

Just to clarify, because I’ve never been caught in a rip – theyre not dangerous in themselves, correct? IE, I’m not going to get pulled under, since I’m a strong swimmer. The real danger is being out there without any real ability to get back and without help on the way?

Nah, they’ll pull you under on the right day. The ocean always wins.

This would be way more useful if it cited any actual evidence of “a spike” (how big is the increase? From what time period as compared to what time period?) as opposed to a couple of single examples and talk of concerns of increased risk during pandemic pool closure times.