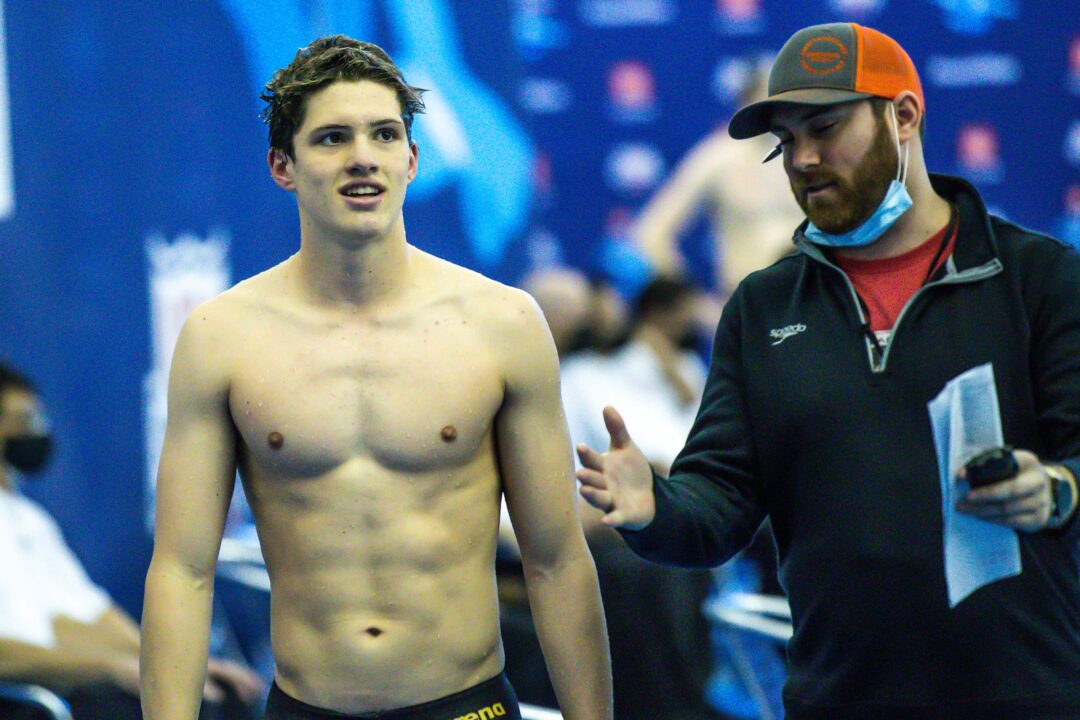 Heilman is not only the fastest swimmer in 13-14 history by over a second, but is just over two-tenths shy of the 15-16 NAG in the men's 100 fly. Archive photo via Jack Spitser/Spitser Photography

Thomas Heilman went on a well-documented record-breaking spree over the first half of December, shattering National Age Group Records left and right in both long course meters and short course yards in the boys’ 13-14 category.

Between the US Open, the YOTA/Arena Capital Classic and the Winter Junior Championships – East, Heilman knocked off 14 NAGs in 11 days.

And while each of these swims holds significance, one that stands out from the rest is the record he broke in the SCY 100 fly in Greensboro.

Heilman came into Winter Juniors – East with a best time of 47.35 in the event, set in April, with the boys’ 13-14 NAG sitting at 46.95 from Michael Andrew in 2014. Andrew and Heilman marked the only Americans ever aged 14 and under to have been sub-48, with Russian native Andrei Minakov the only other 13-14 swimmer listed under 48 (47.78) on USA Swimming’s age group rankings.

Heilman took down Andrew’s NAG in the prelims, clocking 46.42, and then absolutely annihilated that time in the final, blasting a scintillating 45.81.

Not only did that swim win him gold in Greensboro, beating a finals field that featured three 18-year-olds and four 17-year-olds, and make him over a second faster than any other 13-14 swimmer in history, it also nearly took down the 15-16 NAG.

Over at the West meet in Austin, Sandpiper of Nevada swimmer Ilya Kharun broke Luca Urlando‘s 15-16 NAG of 45.62 in 45.59, and while that was a breakout performance for Kharun, it incredibly leaves Heilman just over two-tenths off the record one age group up. He’s also less than a second off the 17-18 NAG, held by Tom Shields at 44.91.

After his incredible 11 days of racing, Heilman now owns the 13-14 NAG in the following events:

But but. Duncan Scott is 24 and looks younger than him

Keep the perspective that he turned 15 the second day of the meet and was able to swim all his races in the 13-14 boys category – “swimmers’ age are recorded as on the first day of the meet”. He was only 14 one day.

Not entirely sure where you got this information. Thomas won’t be 15 for another few months.

He turns 15 in February

idk wear the heck u got ur news. he doesnt turn 15 until at least the end of january

Didn’t I read in a previous SS article that he doesn’t age up until June?!

I know what your talking about you meant MA I believe yeah it was a bit weird but you’re right should have just said his name in the first place.