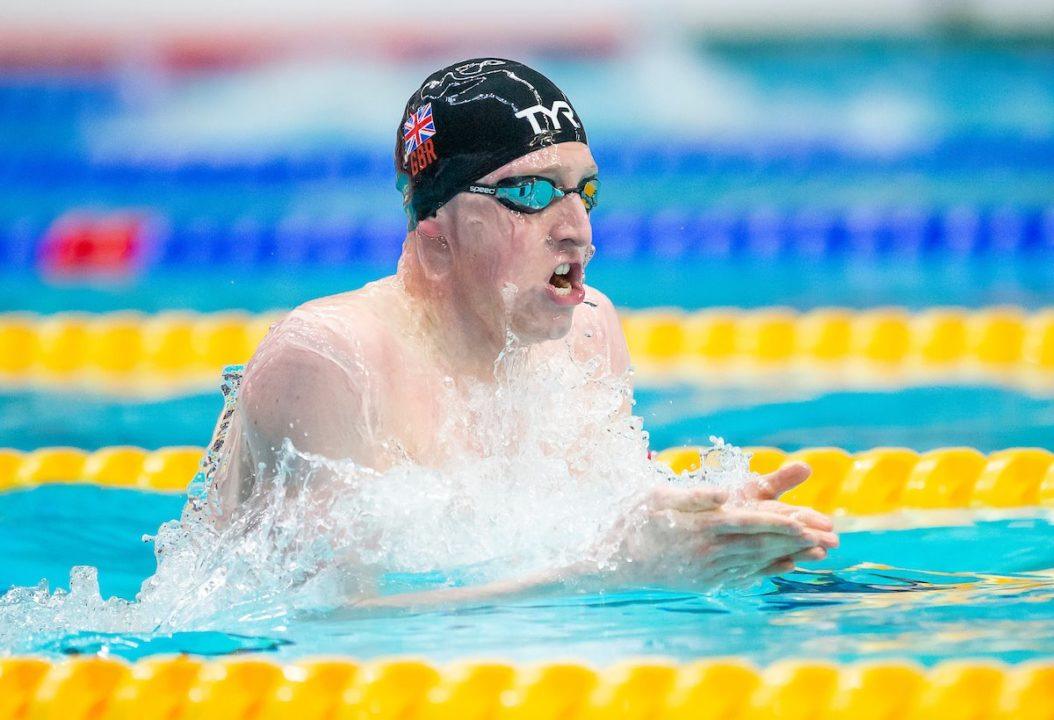 The swimming community has seen competitions – many of which are Olympic Trial Meets – being postponed or cancelled due to the Coronavirus (COVID19) outbreak; full list can be found here.

As per a statement released by Swim England yesterday, these measures will now extend to smaller clubs and swim schools in England, as they have advised all clubs to postpone or cancel any upcoming competitions/events.

The decision comes after the British Prime Minister, Boris Johnson, announced a ban on mass gatherings, with Swim England saying they believe that “club activity falls into the ‘public gathering’ category”.

They have already cancelled any national events which were due to be held between now and the end of May, including the Water Polo National Age Group Championships, the Artistic Swimming National Championships and the British Masters Championships.

One such club that has had to cancel their upcoming meets is Derby-based squad Derventio Excel, who were due to hold two competitions at the Pondsforge International Sports Centre in Sheffield on March 20th-22nd and April 3rd-5th.

Given the latest government advice & following further consultation with Swim England East Midlands on COVID-19, with athlete, spectator, staff & volunteer wellbeing as the priority, it is with regret that we are cancelling our forthcoming open meets…

We will be in touch with all individuals & clubs that entered as soon as possible to manage this. Please bear with us, we ask for your patience as we work through this. DX wishes to thank all clubs, swimmers and parents for their on-going support. Stay strong & take care🙏🏼

Head Coach of DX, Jamie Main, said of their announcement: “We’ve been through testing times with pool closures and moving around in recent years, this is just another challenge. We’ll be stronger for going through this and see it as an opportunity for growth”.

DX team captains Jacob Whittle and Mia Slevin posted on social media last night encouraging athletes not to be too disheartened. Main added that “They (Slevin and Whittle) want to use this moment to be better prepared than ever when the time comes to excel – we will follow their lead”.

Understandably swimmers have received some disappointing news over the last couple of days. I know @DerventioeXcel have made such big gains this season already, but this isn’t put to waste. I am so fortunate to swim with such a great team. Keep smiling and stay safe 💛🖤 pic.twitter.com/U5dtG4MhAH

Wonder how many have seen swim England’s announcement as a call to stop training completely, or just for gala’s/events ?!?

Suspect that will happen when they announce schools are shutting in England.

This literally confirms that British Swimming are going to handpick the teams. No one new is going to get the opportunity to make a breakout as there are no meets. It also makes the chances of Great Britain qualifying the women’s relays incredibly small.

Basically what British Swimming have said about the relays: Due to the uncertainty surrounding the staging of the 2020 European Championships and the potential extension of the qualifying period until the end of June 2020, we will not be in a position to qualify any additional relays for Tokyo 2020 other than the five relays that have pre-qualified at this time – Men’s, Women’s and Mixed 4×100 Medley relays, Men’s 4×100 Freestyle relay and Men’s 4×200 Freestyle relay.

Sad! Shows how silly they were last year really

Although I guess it shows they were going to maybe try and qualify teams through the Euros?

We’re in a position to get one of the extra spots on the women’s 800 free relay so hopefully we won’t get pushed out of that position.

I think their policy for Olympic selection made it reasonably clear at the time that they were going to try to qualify the women’s relays at Euros, provided they hit the CT at Trials. I can’t remember the exact wording, but selection criteria for Euros was basically: “We won’t pick anyone going to Tokyo, other than to maybe qualify those two relays. The rest of the team will be picked with a view to Paris 2024.”

I do think the men 4×100 relay doing so unexpectedly well at last year’s Worlds has somewhat changed British Swimming’s mind on relays. They entered all the relays at Euro SC in Glasgow, and did pretty well there too, so maybe the attitude is… Read more »

Anyone who had a legitimate shot to make the team and were saving rest/taper for trials should have their lawyers on speed dial. Extraordinary circumstances or not, British Swimming will be screwing over so many who’ve worked their a**** off for the chance to make the team at trials.

You’d be appealing on grounds not holding trials was Wednesbury unreasonable. Given every major sporting authority in Britain has made the same choice that would be a no hoper.

Obviously if someone lays down a bona fide time trial between now and selecton only for British Swimming to ignore them in favour of someone 2-3 seconds slower, there’s a case. But just cancelling trials is completely reasonable, if very sad.

If teams can hold time trials, why can’t BS host something for the top 8 in each event? We all know the ITC’s will continue training meaning anyone not based there is out of luck. Again, this is what they wanted all along, champagne bottles were popped after they sent out the press release.

You are indeed a sad coach, if you think BS are happy not having a trials your on a different planet! Trials for our best swimmers are always a great opportunity to swim fast under a decent amount of pressure, great preparation for the summer and as always there will be 1 or 2 who come from outside ranked position and make the team.
British Swimming won’t be popping champagne bottles that’s for sure