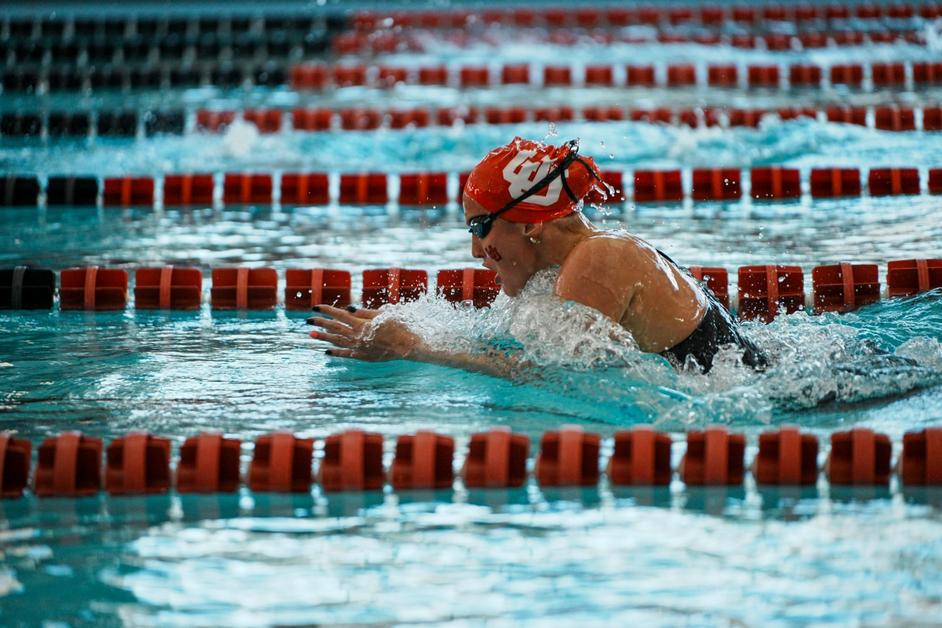 Five swimmers from those Utah relays would go on to win individual events on the days. Leading the way was Summer Stanfield, who was the lone triple event winner on the day. Stanfield first won the 200 free, clocking a 1:52.04. She then went on to win the 100 fly in 56.28, posting the fastest split in the field on both 50s. Stanfield then concluded her meet with a 2:04.58 to win the 200 IM by a huge margin. She got out to a big early lead on the first 100, then managed to expand her lead through the back half.

Katie Hale also went on to win an event, touching in 23.35 to win the 50 free. Similarly, Madeline Woznick took the 100 free in 52.20, establishing an early lead and holding it through the finish.

Hilja Schimmel ended up as the winner in the 100 breast, finishing in 1:03.91. Washington State’s Emily Lundgren had posted the fastest first 50 split in the field, but wasn’t as fast as Schimmel coming home, and ended up second at 1:04.40.

Though Utah won the majority of events, Washington State wasn’t without their bright spots. One such swimmer was Noelle Harvey, who swept the distance free events. In the 1000 free, Harvey kicked things off with a 10:25.95, pulling ahead of and away from the field on the back half of the race. Harvey then went on to win the 500 free, swimming a 5:03.96, winning the race by a wide margin.

Washington State’s Dori Hathazi won the 200 fly, swimming a 2:02.94. Hathazi took the race over on the second 50 and continued to pull away from the field through the rest of the race.