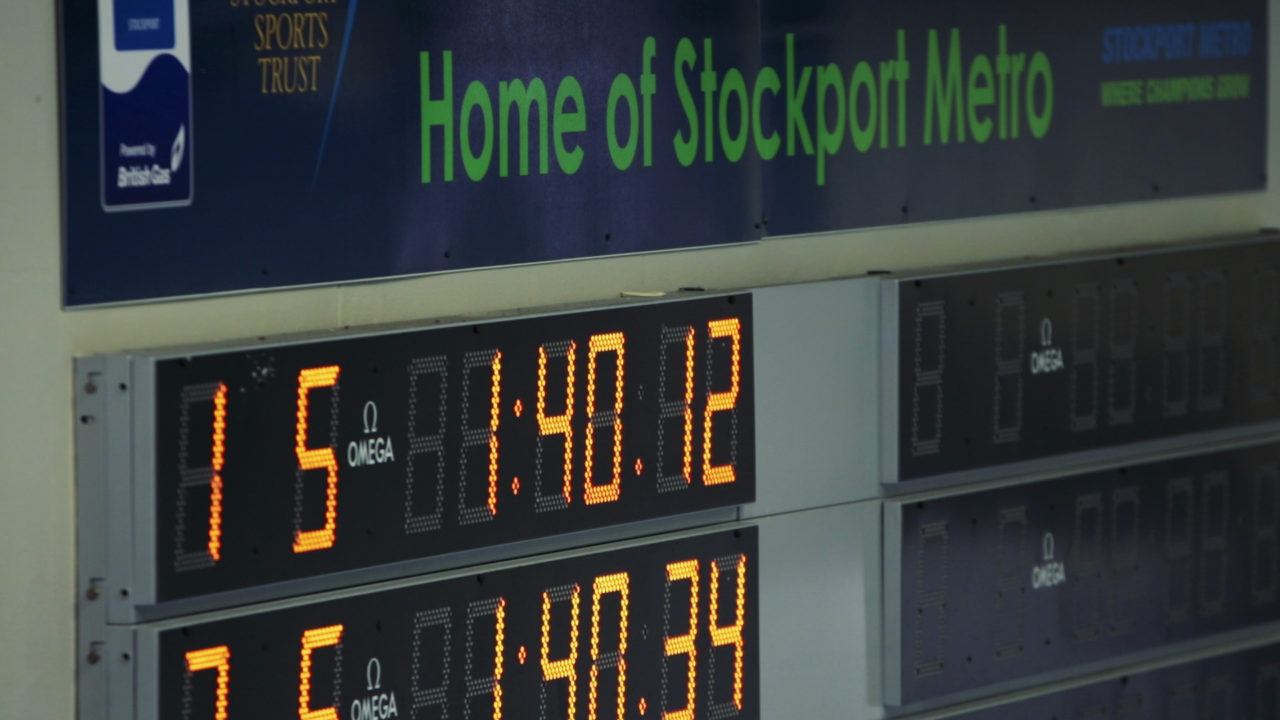 A unique relay went down over the weekend at Stockport's Life Leisure Grand Central Swimming Pool outside Manchester, England, where Stockport Metro swimmers past and present combined to break the Guinness Book of World Records in the 100 x 50m relay. Archive photo via Alex Miller

The Swedish Seliger, the oldest of the 4 freshmen to hit sub-19 so far this championship season, qualified 1st to the A final of the 50 free at Pac-12s.

A unique relay went down over the weekend at Stockport’s Life Leisure Grand Central Swimming Pool outside Manchester, England, where Stockport Metro swimmers past and present combined to break the Guinness Book of World Records in the 100 x 50m relay.

Led by 27-year-old Harry Needs, the event raised money for the organization “The Mind Charity”, which helps support people suffering from mental health, raising awareness and understanding of issues related to mental health.’ Needs himself went through self-described ‘personal hardships’ in 2016/17, which resulted him his turning to the water to help him in recovery.

Needs is a former Stockport swimmer himself and now coaches as part of the performance gym leadership for elite athletes, as well as manages the Masters program. He is also the former husband of Olympic champion Rebecca Adlington, who was also on-site to assist with the event.

Said Needs of his desire to spread awareness through action, “I plan to awaken the force against the taboo of mental health in sport by raising a ton load of money for The Mind Charity.’ As of publishing, the relay endeavor raised 156% of its original monetary target, bringing in an estimated equivalent of $4,000 USD.

Below you can see some of the action from the event, highlighting the fact that ‘Swimming really is family at its best.’

A list of all participating swimmers (and now World Record holders!) can be found here.

That averaging about 26.1. Pretty fast actually

Especially when you consider it was SCM. That’s like getting 100 swimmers to average 23.5 in SCY. The previous record’s average was 27.9, so they were averaging 1.8 seconds faster per leg. That’s pretty insane

Were there really 100 swimmers or some of them swam more than one time?

There were 100 swimmers, each person had to register, it had to be checked as you lined up to swim with the correct Officials and videoed in full for record and proof.

You can look at the list posted and see the 100 swimmer’s names and their order.

Are there splits anywhere?