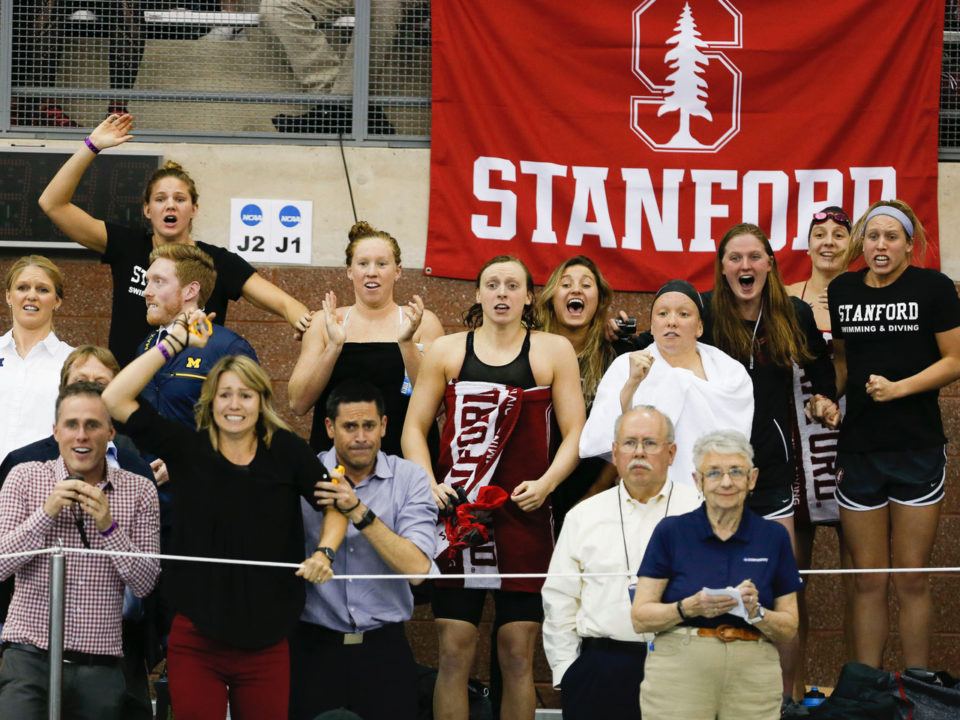 Based on Stanford's dominant 2018 NCAA performance, it comes as no surprise that they led the country with 16 different athletes garnering All-American honors in diving, individual performances, or as part of relays.  Archive photo via Tim Binning/TheSwimPictures.com

The CSCAA released its All-Americans list this past Thursday, April 5th, with the Stanford women leading the way in Division 1 with 16 athletes achieving All-American status.

In total, 9 Division I teams on the women’s side had at least 10 athletes achieve All-American status.

Based on Stanford’s dominant 2018 NCAA performance, it comes as no surprise that they led the country with 16 different athletes garnering All-American honors in diving, individual performances, or as part of relays.

Notably, Ohio State isn’t who one might expect would be ranked 2nd in the nation with amount of All-Americans on their team from this season, after the Buckeyes finished only 13th at NCAAs. OSU had a lot of different relay pieces on their scoring relays, though, which makes more sense.

For Division II women, Queens had the most All-Americans with 14, while Kenyon ruled Division III with 18.

The full list of All-Americans for all divisions can be seen here.

Shout out to the photographer who took the photo that accompanied this article. It’s incredible.

The phrase “an embarrassment of riches” comes to mind.