Stanford Women, Cal Men Qualify One Diver Each On Day 1 of Zone Es 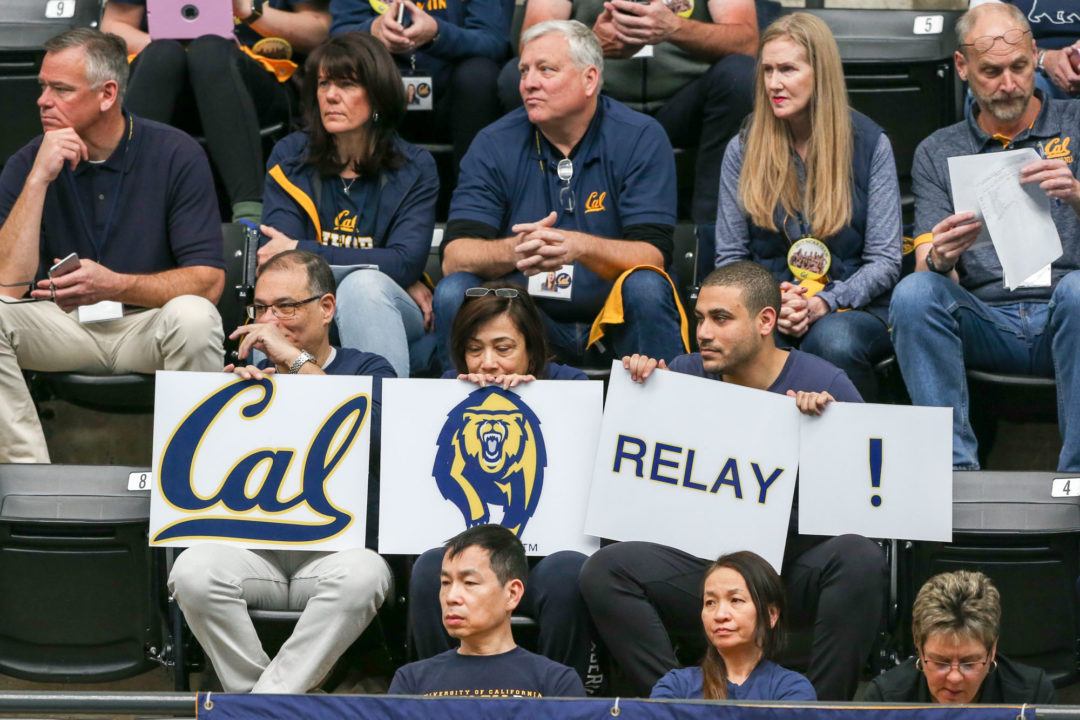 In the hunt for NCAA titles, the Stanford women and Cal men added one diver apiece to their NCAA rosters after day 1 of NCAA Zone E competition. Stock photo via Tim Binning/TheSwimPictures.com

In the hunt for NCAA titles, the Stanford women and Cal men added one diver apiece to their NCAA rosters after day 1 of NCAA Zone E competition.

Stanford’s women got Kassidy Cook into the big show with a 4th-place finish on 1-meter. Perhaps their toughest competition for the NCAA crown is Cal, which also got a diver in. Phoebe Lamay was 8th for the Golden Bears.

The Cal men were able to qualify Connor Callahan. They’ll be in a tight battle with Texas for the men’s title; Texas qualified two divers tonight and NC State qualified one in other NCAA Zones.