Stanford wins 11 of 13 events to roll past UCLA 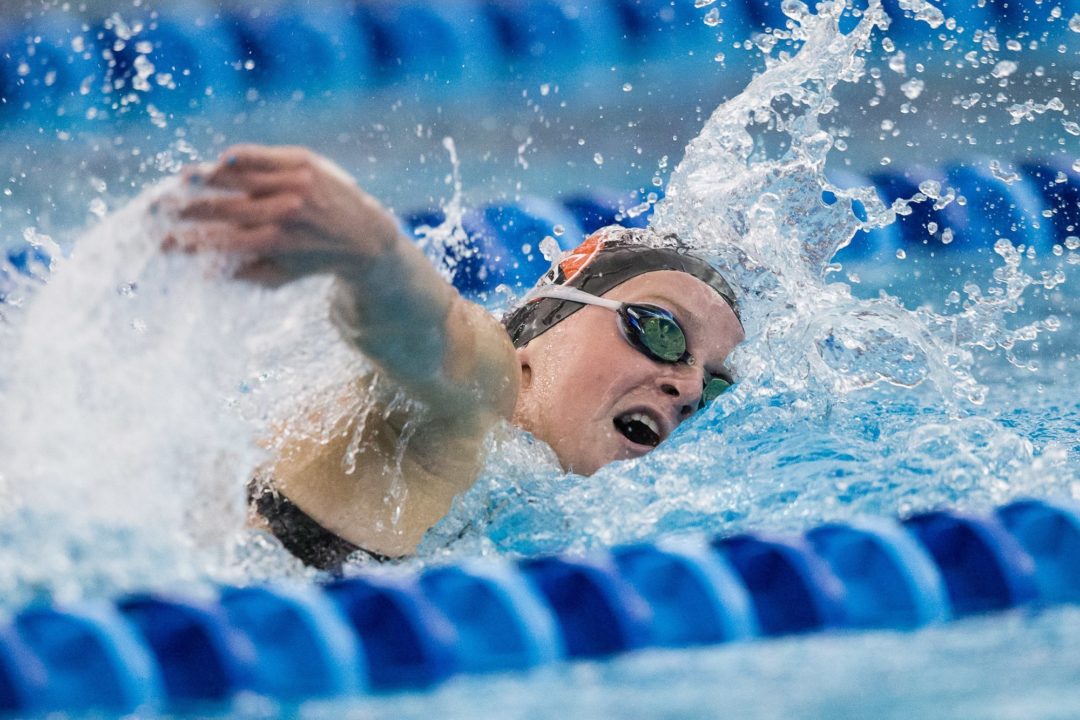 The Stanford women won 11 of 13 events to beat the UCLA Bruins on Friday. Archive photo via Tim Binning/TheSwimPictures.com

The Stanford women rolled through the UCLA Bruins on Friday, topping 11 of 13 events enroute to a 151-92 victory.

The Stanford relay of Alley Howe, Katie Olson, Mackenzie Stein, and Simone Manuel was disqualified, leaving it up to Janet Hu, Sarah Haase, Lindsey Engel, and Julia Ama to get the Cardinal going early in 400 medley relay. The foursome did just that, combining for a 3:38.82 victory, over three seconds ahead of the UCLA relay, which hit the wall in 3:42.15.

Outside the distance freestyles, it was Stanford’s night. Lia Neal was a big winner, doubling up with wins in both the 200 freestyle (1:48.22), and the 100 freestyle (49.52), outdoing UCLA’s Monica Dornick in both events. She was the only swimmer under 50 seconds in the 100.

Neal and Dornick dueled in the 200, with Neal out touching Dornick by just .11 hundredths of a second. At the 100 mark, Neal lead 53.28 to 52.79. Neal was able to outlast a hard charge from Dornick over the second half for the win.

Two weeks to the big showdown! I know it’s just a dual meet and doesn’t mean much in the big picture… but any time Cal and Stanford get together it’s fun! Best coaching: Teri and Kristen vs Greg and Tracy; best coaching duo’s on the planet! The FATMAN will be there!