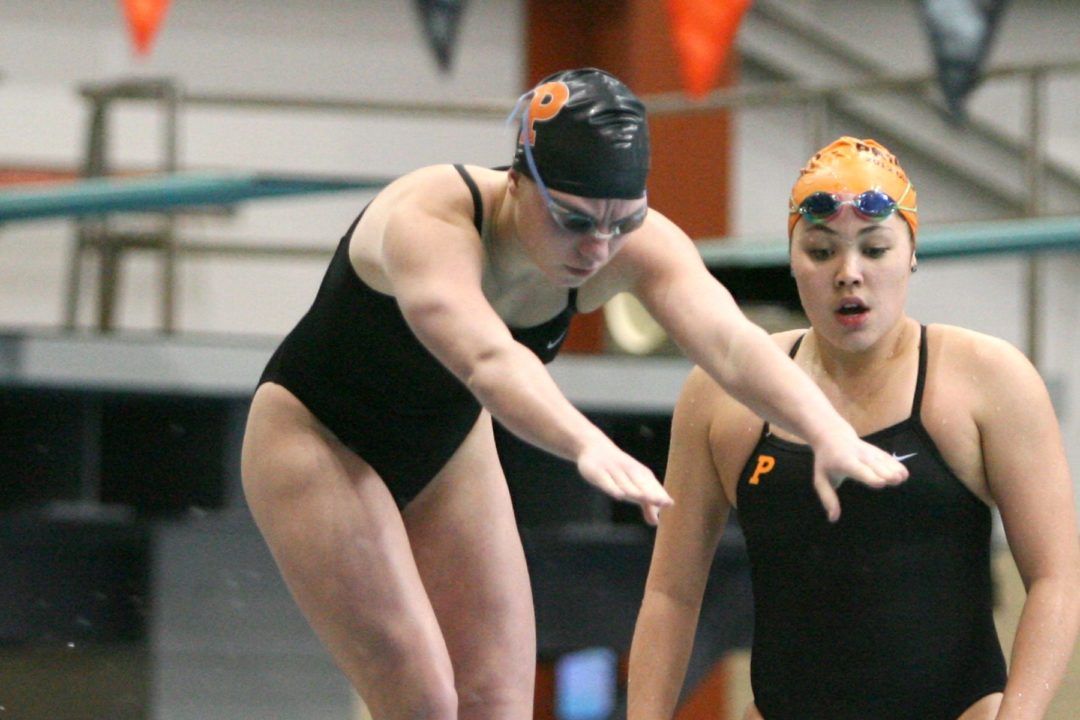 Princeton junior Nikki Larson won the 50 free, helping to put Princeton in the lead after Day One of the annual HYP tri-meet, held this year in Harvard's Blodgett Pool. Archive photo via Beverly Schaefer/ Princeton Athletics

The Princeton Tigers and Yale Bulldogs are in Cambridge, Massachusetts this weekend for the annual double-dual meet known simply as “HYP.” The women’s meet began Friday afternoon at Blodgett Pool and will resume Saturday morning, while the men will swim Saturday afternoon and Sunday morning.

Princeton’s Rebecca Fleming and Cailley Silbert of Yale had put up a pair of 9:58s and Princeton’s Isabel Shipman had gone 10:07.64 in the slower heats of the 1000 earlier in the day, setting the bar for the six women swimming later, none of whom went faster. Fleming and Silbert are the first sub-10s in the Ivy League so far this season.

At that point in the meet Harvard was up by 23 points over Princeton and by 33 over Yale.

The guests posted the top four times in the 200 fly, though, to make up some ground on their Crimson hosts. Defending Ivy champion, Sydney Hirschi of Yale, won with 2:01.23. She was followed in close succession by Princeton’s Welshofer (2:01.85) and Beverly Nguyen (2:02.53).

Scores after Day One: